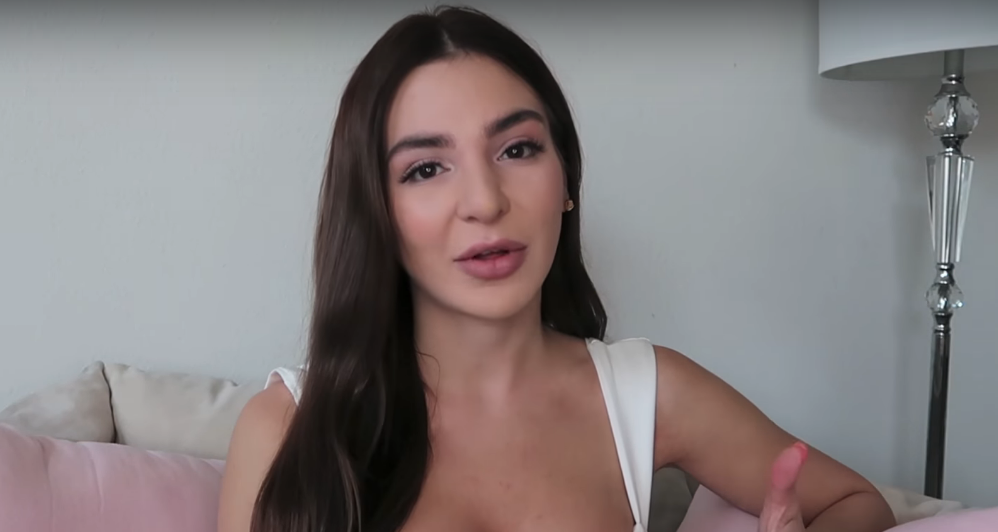 If you’ve watched TLC’s 90 Day Fiance, you probably have a love-hate relationship with Anfisa Arkhipchenko. Now, she’s back for 90 Day Fiance: Happily Ever After? season 3 and viewers want to know what Anfisa has been up to since the last season.

Anfisa Arkhipchenko arrived on American soil after hitting it off with Jorge Nava. The two became stars on TLC’s 90 Day Fiance, though fans became instantly aware of Anfisa’s polarizing demeanor. Jorge and Anfisa’s relationship strained when he couldn’t keep up with her expensive demands and the two became the definition of drama.

But how are they doing now? 90 Day Fiance: Happily Ever After? will give us a glimpse into Anfisa’s current relationship with Jorge—and some of the upcoming drama will leave you speechless!

From Russia with Love

We were first introduced to Anfisa Arkhipchenko on 90 Day Fiance in season 4, and she won as many haters as she did fans. Anfisa was born on September 4, 1995 in Moscow, Russia.

She arrived in the U.S. in 2016, at the age of 20. Four seasons into the franchise, Anfisa is now a beautiful 22-year-old reality star, but fans are still on the fence about her.

Anfisa’s life in Russia is still a mystery. She said she graduated high school when she was 16, and was the youngest in her class. When she was 19, she took a Spanish language course for a month at a University in Spain. 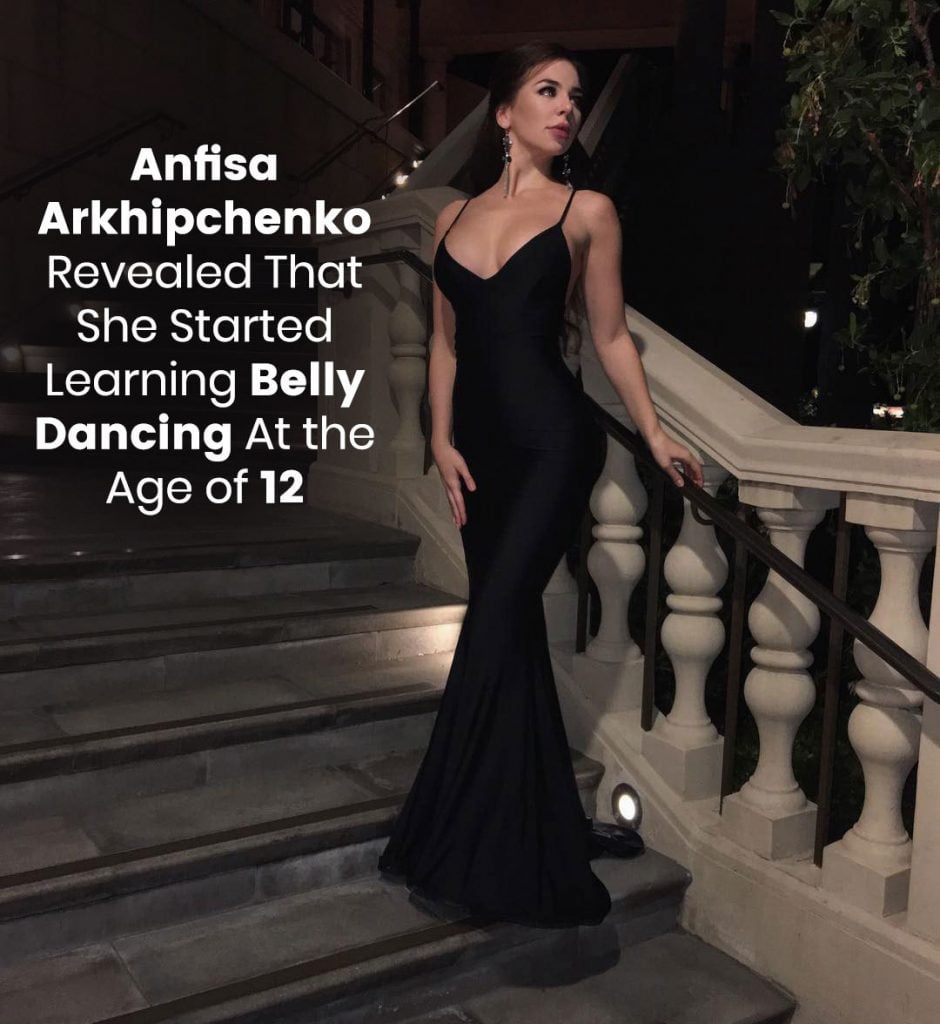 She once revealed that she learned belly dancing for five years, beginning at the age of 12. She performed in competitions and won a few of them.

However, Jorge Nava made some pretty explosive claims about her past. He first claimed he fell in love with her through her sexy social media posts after the two met on Facebook. But some allege that it was an explicit video that got Jorge hooked on Anfisa.

The Russian beauty allegedly filmed a striptease video on a pornographic website, which Jorge supposedly saw and then messaged her. The alleged video also made its rounds on the Internet, but it has not been verified if the woman in the video is really Anfisa.

In the season three premiere of Happily Ever After?, Jorge cleared her name by admitting that he started the rumors about her alleged webcam girl past to “hurt her.”

“At the time I was really mad at her and I just wanted to hurt her image,” Jorge confessed. “I said some things during the tell-all that were lies just to get under Anfisa’s skin. I just did it with the intention of trying to hurt her.”

90 Day Fiance follows couples who have only 90 days to decide if they want to marry each other before their K1 visas expire.

These visas are uniquely available to the foreign fiancés of American citizens. The couples have to marry within 90 days, or the foreigner must return to his or her country.

According to reports, Jorge and Anfisa connected through Facebook. After much persuasion, Anfisa agreed to travel to the U.S. As promised by Jorge, Anfisa expected a comfortable life in the U.S. and fulfill her ambitions with her “rich” fiance.

However, she quickly discovered that he is not as rich as he claimed to be. In fact, Jorge is a convicted felon with a lot of debt! He struggled to keep up with her expensive demands for clothes, bags, cars, and an allowance.

Like the other couples on the show, Anfisa and Jorge had to face skeptical friends and family. She also had to withstand the stigma of being thought of as a “gold digger” and a  “mail-order bride.”

Anfisa mentioned her ambitious dream to become a model and movie star. But their troubles made her consider returning to Russia.

She changed her mind, though, and stayed, continuing her reality TV career. While her marriage is on the rocks, her professional ambitions appear to have set off.

She signed with David Weintraub’s DWE talent and appears to be modeling. Jorge followed her to DWE, too.

In response to her castmates grilling her about only being with Jorge for his money, she said she wanted to get a job. But apparently, Jorge wouldn’t let her, so that he could be the breadwinner.

Anfisa’s family is back in Russia and she has no friends in the U.S. to help her. But it appears she took control of her career during her separation from Jorge.

The Other Side of Anfisa

Anfisa Arkhipchenko was posting modelesque pictorials on Instagram until her account disappeared. She blamed haters who reported her account and got it suspended. Anfisa has received a lot of hate on social media since her appearance on the show.

But it seems she is taking things into her own hands and getting herself the exposure she needs to succeed. After a break from Instagram, she returned to the platform in April this year, just in time for the new season of Happily Ever After?. In less than a month, she has already garnered over 40k followers. Talk about popular!

Besides Instagram, Anfisa started her own YouTube channel, sans Jorge. She disclosed 15 facts about herself that weren’t seen on the show. She even dished on her favorite outfits and revealed her morning routine. 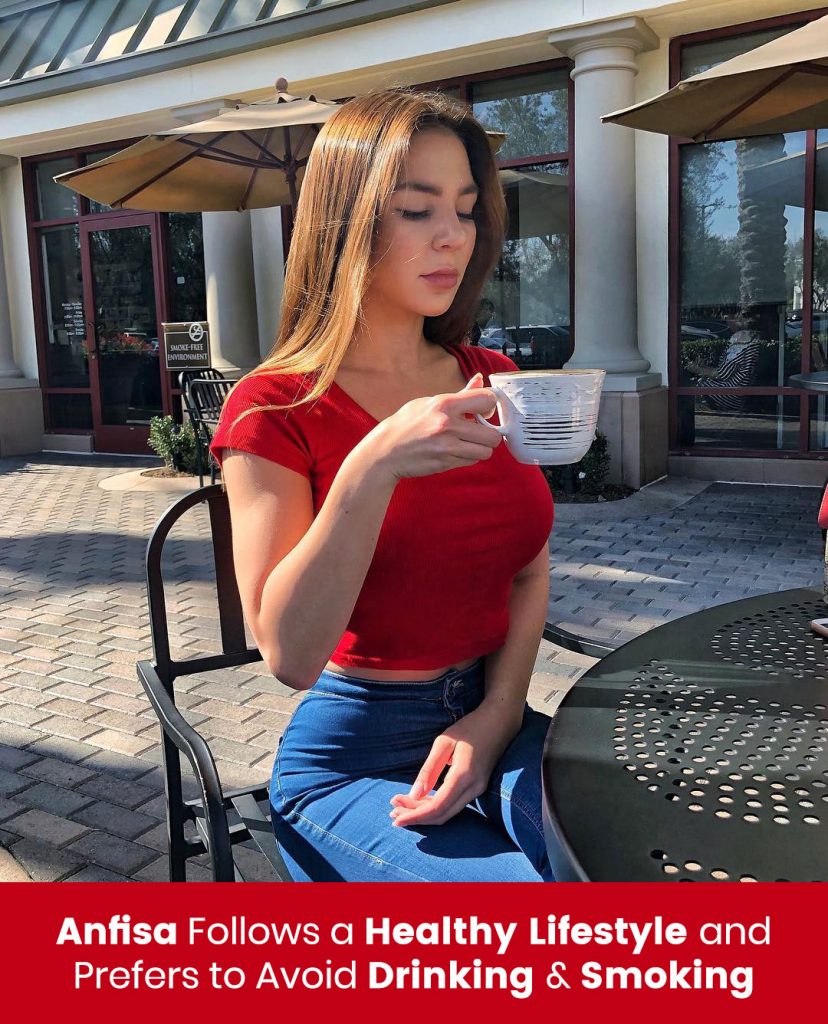 She hates socializing and prefers texting over an actual phone conversation. Anfisa doesn’t drink or smoke, except for the one New Year’s tradition in Russia which involves a glass of champagne at midnight. She’s a health buff and sticks to a wholesome diet and lifestyle.

She also has the nose of a bloodhound, and doesn’t use perfume due to her sensitive sense of smell. We wonder if she can smell something fishy with Jorge, as the preview for this season promises to be filled with even more drama and shocking secrets revealed!

Love to Hate Her

When Anfisa came to America, she realized that things are not what they seemed. She mulled over how she would be able to live the life of her dreams with Jorge’s non-existent wealth. His drug trafficking conviction made it difficult for him to rent a home, too.

In a moment of self-awareness, Anfisa admited that Jorge might only be interested in her looks, while she may be with him for money.

Adding to her woes was Jorge’s family and friends, constantly accusing her of using him. Jorge’s sister has confronted Anfisa in several dramatic moments on the show.

They got married against all odds, the first wedding she’s ever been to. But it was not smooth-sailing. Anfisa lost her cool at times. She alleged domestic abuse from Jorge, but she herself hit Jorge more than once on camera, often making her the villain on the show.

At one point, she admitted that she’d willingly leave Jorge for a richer man if he treats her right and provides for her needs. That only made her gold digger impression even stronger.

As the seasons progressed, fans saw Anfisa and Jorge break up and reconcile several times. Her Instagram often gave hints of the couple’s status, even when it was getting hard to keep up! That, however, changed when her old account was suspended.

The latest reports before her return to Instagram claimed that they were back together. But a preview for Happily Ever After? hints at a huge bombshell that could see the couple split for good; Jorge’s paternity scandal! Anfisa hears him talk with the purported baby mama on the phone and she declares that if he has a child with another woman, she’s calling it quits for good.

Anfisa’s new Instagram is scrubbed clean of any sign of Jorge, and only hosts her hot pics. Her followers deduce that they have separated again. But a day before season 3 premiered, she posted a picture of the two of them together. Maybe the “baby-mama drama” didn’t tear them apart after all! 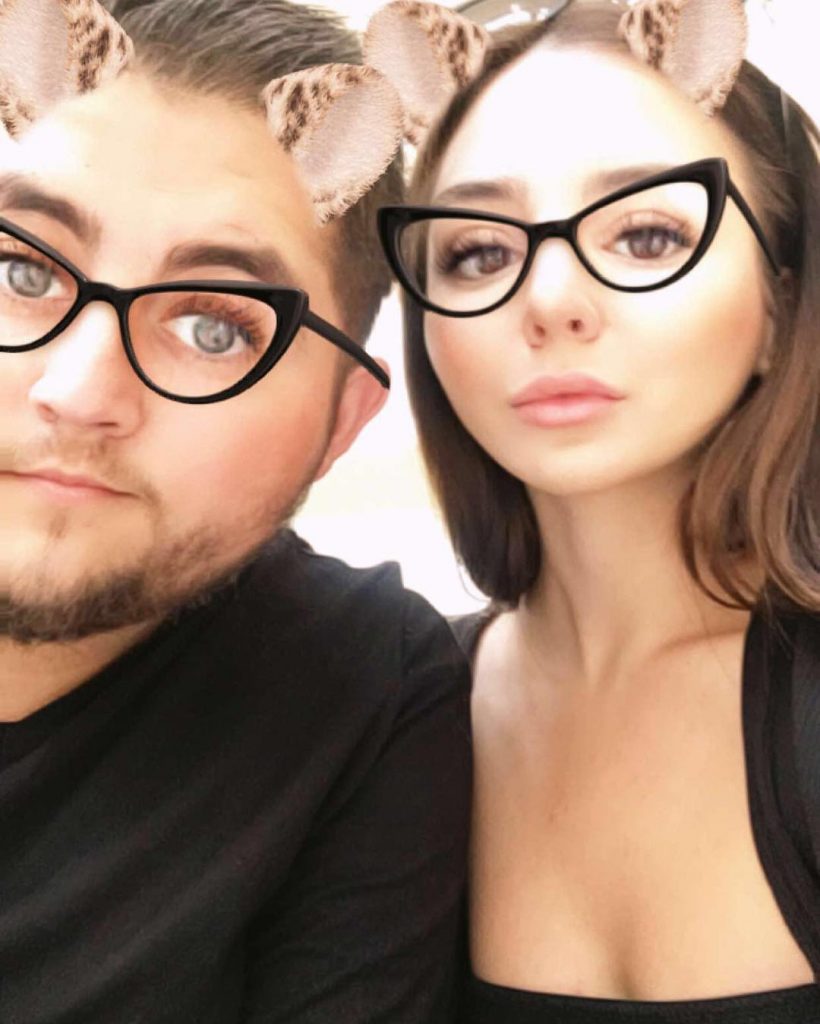 Anfisa Shares a Photo on Instagram with Jorge (Photo: Instagram/anfisanava_)

What’s it going to be for Anfisa and Jorge’s relationship? Find out on 90 Day Fiance: Happily Ever After? Season 3, Sundays at 8:00 p.m. EST on TLC.