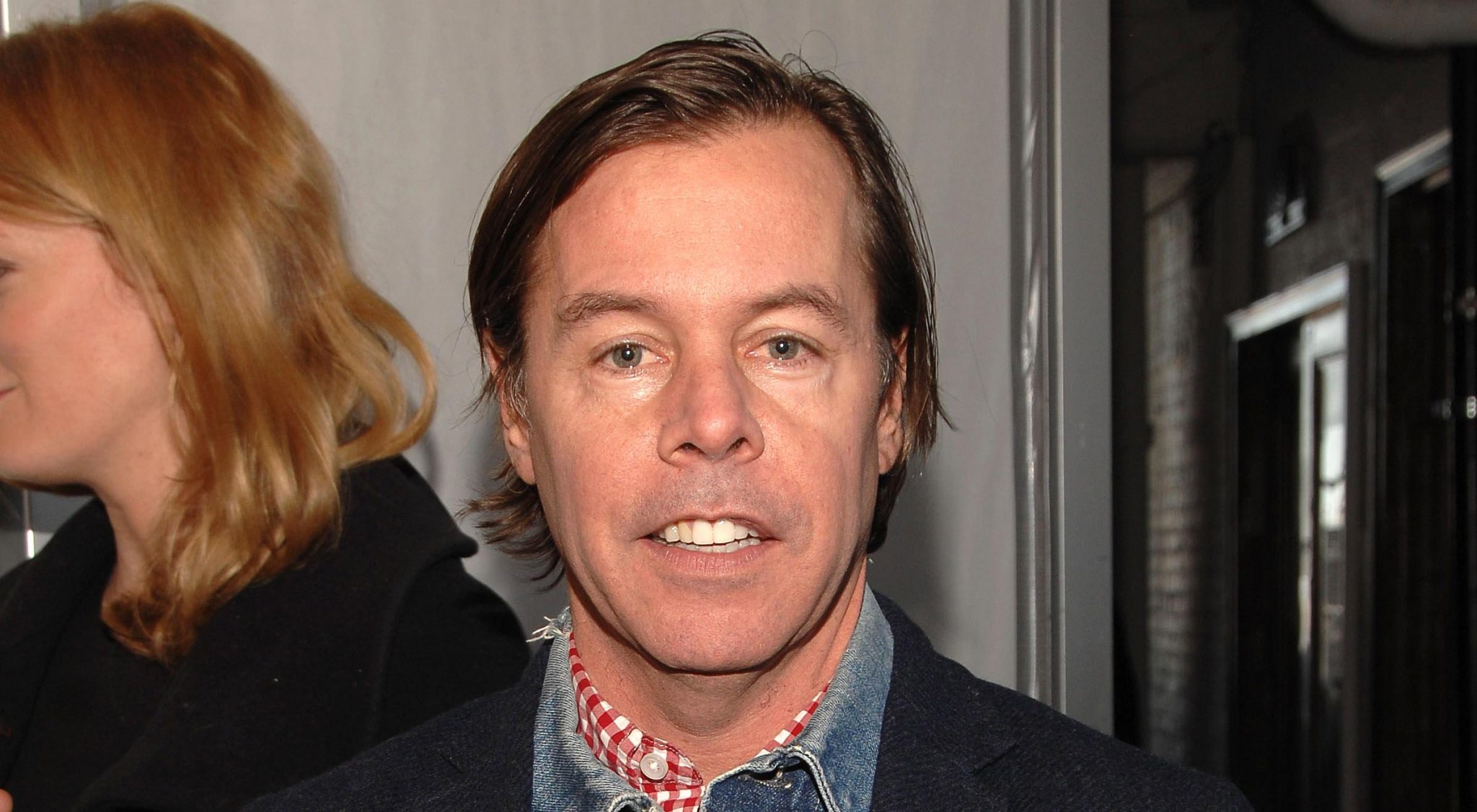 The fashion empress behind one of the most beloved brands in the world, Kate Spade, was found dead on June 5, 2018. The iconic designer was married to Andy Spade, a branding genius who helped build her empire that earned them a fortune.

Andy Spade put all his money into launching his wife’s business. And his risk paid off, earning him an estimated net worth of $200.0 million.

Andy and Kate Spade were partners in life and business.

Andrew “Andy” Spade didn’t follow in his comedian brother, David Spade’s footsteps. Instead, he went into branding and advertising.

While a college senior, he launched an advertising firm with a friend. Their firm was named one of the top 50 businesses in Arizona by Phoenix magazine in 1986.

“I started trading ads for bartering food,” Spade described of his first business model. “And so I’d go to a restaurant, for example, and I’d bring in the ad that they had running in the local paper. And I would show it to them and say, I think I can do better. If I come back and show you a better version of this, will you either pay me in food or give me a few hundred dollars? I had, like, 10 takers, so I ended up with 10 accounts. I mean, things were going well.”

As the story goes, he met Kate Brosnahan when they were both salespeople at a clothing boutique in Phoenix, Arizona. Kate worked on the women’s side of the store while Andy worked on the men’s.

It was one fateful day that Andy’s car broke down and he asked Kate for a ride home. That’s when the two began to get to know each other as good friends, and love soon blossomed. 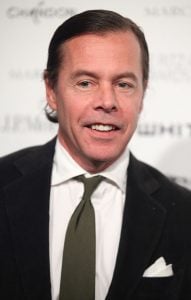 Kate was working in New York, and Andy’s partner had returned to L.A. So, Andy sold his firm and moved to New York with $1,000 in savings. He was looking for jobs at agencies in New York, but his portfolio didn’t fit the requirements of major firms.

His luck turned when he was approached by a recruiter at Grand Central Station. The man had a look at Andy’s portfolio and got him a job at an ad firm. He later found a job at Saatchi & Saatchi in L.A., which tripled his earnings.

His initial jobs included working with brands like Coca-Cola, Lexus, and Paul Stuart. He was the mastermind behind Charivari’s ad campaign to rival GAP.

The Risk That Paid Off

Andy encouraged Kate to launch her own handbag collection, which led her to quit her job as a senior fashion editor at Conde Nast’s Mademoiselle. Andy invested all his money in helping Kate launch her namesake brand of handbags in 1993.

Money was tight for the couple initially. So, Andy funded Kate Spade New York with his earnings from Saatchi & Saatchi. 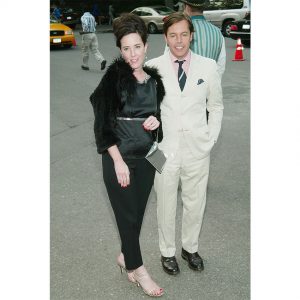 With no profits coming in at first, Kate would have walked away from the business if Andy didn’t convince her to keep at it. Three years later, the couple began seeing returns in the form of a $15,000 salary.

Kate launched her namesake brand from their old one-bedroom apartment in Manhattan. They emptied their 401ks and maxed out their credit cards to start Kate Spade, initially a combination of both their names at the time, which went on to become her married name as they tied the knot in 1994.

She made her first box handbag out of construction paper! Andy, who helped her source fabric, knew that material is key in selling your designs to retailers. So, they bought burlap from a potato sack company and made her first bags out of it. 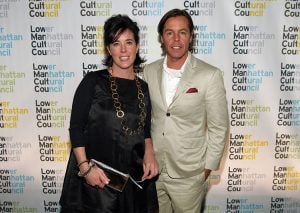 Kate was even hesitant to spend $1,500 to purchase the webbing her bags needed. But Andy didn’t so much as blink when he insisted she get whatever she needs to make her bags.

They held their first trade show at New York’s Javits Center using the furniture from their own apartment. They didn’t get enough orders to cover the show, but it was a start when two retailers approached them.

Her bags sold out, the orders kept coming, and soon, they were showing five collections a year! With her iconic square design receiving a massive response, Andy quit his job to help her run the company in 1996.

The company turned into a global phenomenon. And Kate Spade was a name that became known worldwide.

Coach then acquired Kate Spade (and its multiple sub-collections) from Liz Claiborne in 2017 for $2.4 billion. But the Spades didn’t make any money in that sale since they sold her stock a decade earlier.

Andy Spade believed the brand should be strong enough even if its various product lines were to be separated. True to their business model, they were able to build Kate Spade New York successfully beyond her signature totes. 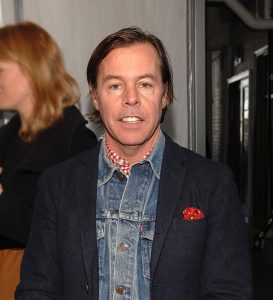 Kate Spade’s first sub-collection included launching the men’s line, Jack Spade. Andy was the principal designer of this line. Jack Spade featured guest designers in the later years until the stores closed down in 2015.

After selling Kate Spade New York, Kate launched the accessories line, Frances Valentine, which was named after their daughter.

Spade of Many Trades

After a while, Andy ventured into something apart from branding and fashion. He’s a film producer on the side through Red Bucket Films.

The Black Balloon, which was produced by Andy, won the Short Fiction Prize at the 2012 Sundance Film Festival. His Red Bucket production, The Pleasure of Being Robbed, was a hit at Cannes. His other acclaimed credits include Alter Egos, Paperboys, and Dimmer.

Spade reportedly signed a six-book deal with HarperCollins in 2009 for a series called It.

Thanks to his ventures, he was named one of 100 creative business people by Fast Company.

The Home of Kate and Andy Spade

The Spades began their business from a loft in Tribeca. But with an increasingly popular business, it became difficult to manage Kate Spade New York from their home.

Eventually, fashion’s power couple were able to own palatial living spaces. Their Manhattan apartment was featured in several magazines for its unique blend of Kate’s and Andy’s tastes.

The apartment features herringboned floors, dusty pink and striped walls, unique pieces of furniture from flea markets Andy loves, and expensive art pieces. One of the best places in their home is a room with crimson walls.

They were previously living in Southampton in a home decorated by interior designer Steven Sclaroff.

Andy and his wife are prolific art collectors and the pieces they acquired make up their home’s decor. They owned pieces from big names like Gerhard Richter, Andy Warhol, and Jean-Michel Basquiat, and they even had works from smaller artists. They also put up their daughter’s little scribbles around the house. 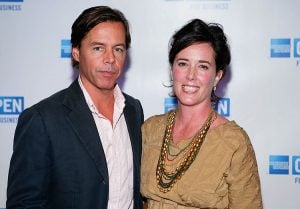 Their collection includes artifacts, books, photographs, and antique collectibles they have gathered over the years. Framed pages of poet Rene Ricard’s work also adorned their walls. They even have Rorschach prints in their home.

When the Spades moved from Southampton to Manhattan in 2016, Andy unloaded a huge chunk of his collectibles at an auction. Some of the pieces that were auctioned off included original Dash Snows, Basquiats, and Hugo Guinness, as well as random eclectic pieces like a stuffed giraffe and a golden football helmet.

Spade didn’t want to stuff the collectibles in an attic. Instead, he put them on display to be auctioned off, and he wasn’t picky about the price they went for. The art pieces went under the gavel for as much as $29.00 to $28,000.

His proclivity for art also inspired his work with Partners & Spade. He conceptualized an unassuming corner store with vintage art for his J.Crew’s Liquor Store men’s line.

A Tragic End for Kate

The tragic news struck on Tuesday, June 5, when Spade’s housekeeper reportedly found Kate Spade dead in their Manhattan home. Andy Spade was not present in their home at that time, but reports say she was found dead from hanging (an apparent suicide) and that she left a note for their daughter.

Andy Spade has not yet made a statement regarding his wife’s death.

Here’s how Andy Spade’s net worth compares to other fashion entrepreneurs.