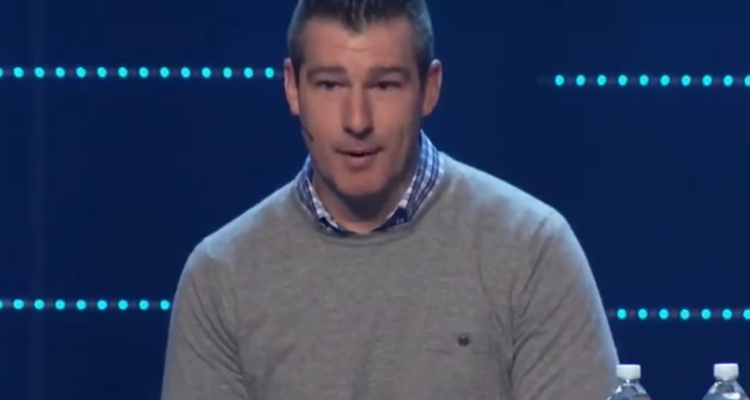 Andy Savage, a pastor from Memphis, Tennessee, confessed to “a sexual incident with a female high school senior in the church” when he was a youth pastor in Texas 20 years ago. He received applause from his congregation, but social media is calling him out. What happened between Andy Savage and Jules Woodson, his accuser? Keep reading to find out more.

Highpoint Church, Memphis pastor Andy Savage’s past has caught up with him as he admitted to sexually assaulting Jules Woodson, 20 years ago in Texas.

Emboldened by the Me Too movement in December, Woodson sent Savage an email about his actions. With no response, she shared her story with a Christian blog. We have more details for you in Andy Savage’s wiki.

Born and Raised in Memphis

Andy Savage is from Memphis, Tennessee, and graduated from Houston High School. He went on to earn a marketing degree from the University of Memphis and a master’s degree in Christian studies from Union University.

Savage began working as a youth pastor at StoneBridge Church in The Woodlands, Texas right after his first year at college. He then moved to Germantown Baptist Church in Memphis, where he was a college student and young singles pastor. Two years after starting a youth Bible study, he joined forces with Chris Conlee in 2002, to begin Highpoint Church. Since then, both served as pastors.

Savage is involved with charities supporting special needs. He is also a motivational speaker and author who promotes positive family values.

Andy Savage and his wife, Amanda are parents to five boys, including a child with Down syndrome.

#HappyThanksgiving from the Savages!

Great time at the All-Pro dad breakfast this morning with three of my crew. This is a really cool opportunity for dads to get involved with the kids at school. Props to @jmh208 for making it happen every time! #7000days @allprodad

The couple spoke about the heartbreaking moment they found out about their child’s disability, but described it as a time of growing in their lives and mentioned how it became an unexpected blessing.

What Happened 20 Years Ago?

Andy Savage’s seemingly perfect life as a megachurch pastor and doting dad of five received a sudden jolt when allegations of sexual assault were made against him. His accuser, Jules Woodson, was a high school student during Savage’s time as a youth pastor 20 years ago.

She accused Savage of using his position in the church to take advantage of her, claiming that, while driving her home from church, he diverted onto a dirt road, where he forced her to perform oral sex on him. Woodson was 17 years old at the time, and Savage’s age was 22.

The Memphis pastor admitted to the “sexual incident” on Sunday, saying, “As a college student on staff at a church in Texas more than 20 years ago, I regretfully had a sexual incident with a female high school senior in the church. I apologized and sought forgiveness from her, her parents, her discipleship group, the church staff, and the church leadership, who informed the congregation. In agreement with wise counsel, I took every step to respond in a biblical way.”

“I resigned from ministry and moved back home to Memphis. I accepted full responsibility for my actions. I was and remain very remorseful for the incident and deeply regret the pain I caused her and her family, as well as the pain I caused the church and God’s Kingdom,” he added.

Savage also went on to say that “there has never been another situation remotely similar in my life before or after that occurrence” and that “this incident was dealt with in Texas 20 years ago.”

The church released a statement regarding the accusations against Savage saying, “there will be additional information from Andy and the church soon,” which many as a sign of leniency for the pastor.

Social media was not so forgiving, with many critics pointing out that Andy Savage’s sexual assault was a felony and must be dealt with accordingly.

I found it nauseous that @chrisconlee and @andysavage used Jules' name so much during their fraud of a sermon.

If they were so concerned about her why didn't Andy respond to her email on Dec 1st?

Let’s break it down:

– What @andysavage did was a felony crime;
– What @CottonLarry and @SBChurch did by covering it up, not telling the police, was criminal in nature (failure to report as mandatory reporters) and an affront to the Gospel & the trust of their congregation;