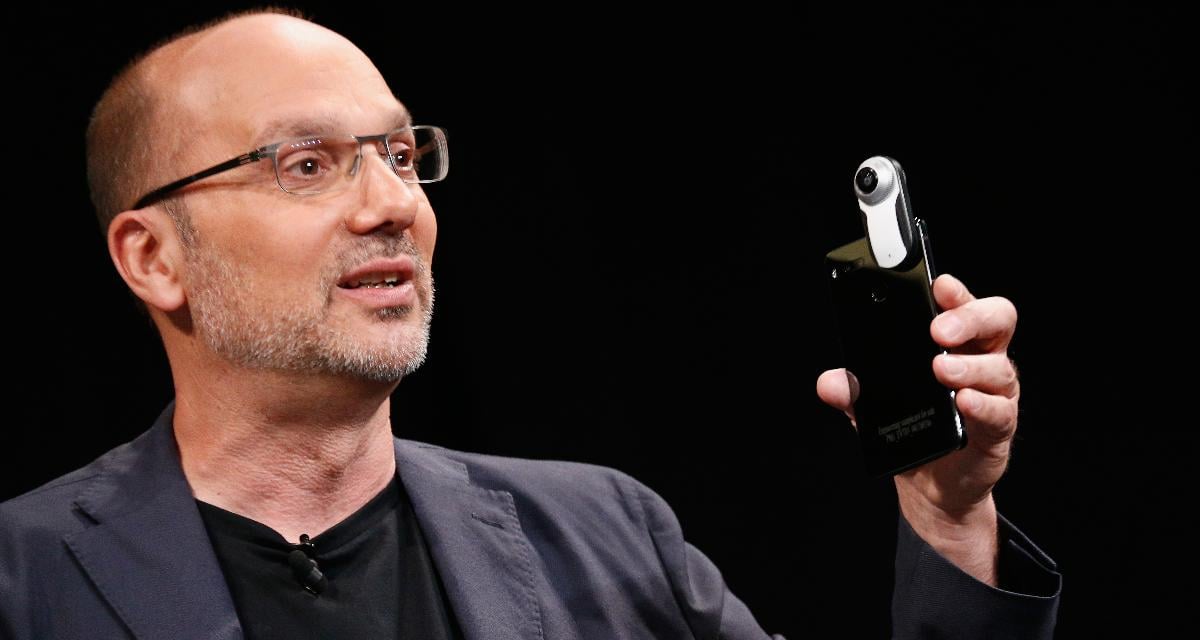 Andy Rubin is the man who created Android, an open-source operating system for smartphones, and founded several companies like Danger Inc. and Android Inc. A shocking news report has revealed that after a successful nine years at Google, he was asked to leave after accusations of sexual harassment were made against him. He went on to found more companies like Essential Products and Playground Global. Rubin’s net worth is estimated to be around $350.0 million, and the former Google executive is currently refuting the charges leveled at him.

It’s a long-deserved positive step toward change for victims of sexual harassment, now that more and more sexual predators are being called out for their insensitive crimes all over the world. In America, another big name who has been accused of sexual harassment is Andy Rubin, a man commonly called the “Father of Android.”

Andy Rubin is an American programmer, engineer, entrepreneur, and venture capitalist who is famous and respected in the tech world for creating Android, the mobile operating system powering smartphones across the globe. He is a co-founder and former CEO of Android Inc., the company behind the Android operating system.

Android Inc. was acquired by Google in 2005 and Rubin remained with them until October 31, 2014, when he left Google to start a company that helps develop hardware start-ups. At the time, his departure was presented to the media as an amicable one where Rubin would spend more time on start-ups and philanthropy.

Andy Rubin’s Net Worth Compared to Other Tech Entrepreneurs

Rubin initially made his name in the tech world by founding and becoming the CEO of two tech companies, namely Danger Inc. and Android Inc.

He sold Android Inc. to Google for $50.0 million and became the company’s senior vice president for mobile and digital content.

He Was a Giant Star at Google

At his peak, Rubin was paid over $20.0 million a year in base salary, according to a report from The New York Times. In 2012, Google apparently also loaned him $14.0 million to buy a beach house in Japan.

The loan was said to be offered to Rubin at less than 1% interest, well below the market rate. In 2013, Rubin reportedly received a $40.0 million bonus and an additional $72.0 million worth of stock to be paid to him over a period of two years.

In the latter part of 2013, Rubin began managing the robotics division of Google, which later started buying robotics companies like Boston Dynamics. He was amply rewarded in September 2014, when Rubin was given a $150.0 million stock grant to be paid over the next few years, sources said.

It was shortly afterward that Rubin’s cookie began to crumble. There was a sexual harassment claim against him, which Google found to be credible after completing an internal investigation of the matter. In 2014, CEO Larry Page reportedly personally asked for Rubin’s resignation, and Rubin complied.

He Started Some More Companies

Although Rubin had been removed from Google, his brain was ticking overtime, and he got down to what he did best—creating new technology and starting new companies. He joined and helped create the Android phone start-up Essential Products.

Rubin also founded and became the CEO of tech start-up incubator Playground Global and became a partner at the venture capital firm Redpoint Ventures. Google was soft on Rubin and allowed him to delay paying back the $14.0 million loan they had earlier given him for the beach estate in Japan, per the Times report.

Rubin and his ex-wife, Rie Rubin, also owned and operated Voyageur du Temps, a bakery and cafe in Los Altos, California. It closed down in September 2018.

Rubin Put His Beautiful House on the Market

Rubin’s wealth surely made it easy for him to buy real estate properties and indulge in a lavish lifestyle. However, Rubin put his beautiful house in Woodside, California up for sale for a price of $34.6 million in early 2018.

The property encompasses 6.4 acres and includes a 6,000-square-foot main home, a two-bedroom guesthouse, and an entertainment pavilion. The house was built in 2003 and contains three bedrooms, four bathrooms, a swimming pool, a spa, a sports court, a clay tennis court, a tree house, and a vineyard.

The estate has strong gates and can be approached by a long driveway, which ends at two garages that can accommodate three vehicles each.

Right now, Rubin is battling sexual harassment charges leveled against him by a Google employee who claims that Rubin coerced her into giving him oral sex in a hotel room in 2013. Rubin claims that any relationship he had while being at Google was consensual and he never indulged in any inappropriate behavior.

The controversy is in its early stages, and no one knows how it will affect Rubin and his position in his career. With a net worth estimated to be around $350.0 million, Andy Rubin has enough resources to fight any long legal battle that may ensue. He may still be known as the “father of Android,” but the halo around his head has certainly been diminished.