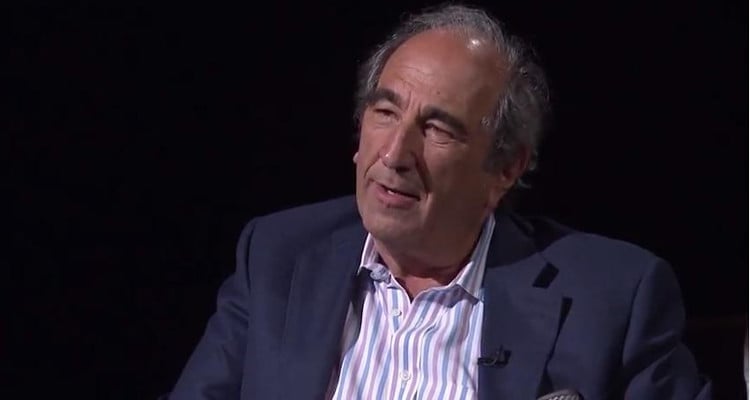 Andy Lack was appointed NBC’s Chairman in 2015, and is now in the center of Matt Lauer termination. Lack spoke out about sexual misconduct at NBC and the consequences that follow. Read Andy Lack’s wiki to learn more about the important man.

President Donald Trump was quick to tweet about Matt Lauer’s sexual misconduct by hinting at Andy Lack’s past, saying that “fake news” networks like NBC need to be under fire. Trump’s Access Hollywood tape caused a stir when it was leaked last year, and continues to do so now that the President denies being the voice on that tape. Learn more about Trump and the NBC Chairman in our Andy Lack wiki.

From Broadway to the News

Born and raised in New York on May 16, 1947, Andy Lack’s age is 70. He went to the Browning School for boys in NYC, and studied in France at Sorbonne University in Paris. He returned to the U.S. to attend the College of Fine Arts at Boston University.

Lack was 21 when he graduated, and his interest for acting and TV brought him to do off-Broadway productions, and many TV commercials.

Not long after, Lack worked as a producer with TV commercial agencies. In 1976, he joined CBS News, beginning his career with 60 Minutes. From 1978 to 1985, he went on to produce CBS Reports, along with Our Times with Bill Moyers and Crossroads.

While with 60 Minutes, he took to writing and directing the episode, “The Real Malcolm X: An Intimate Portrait of the Man.”

By 1993, Lack was hired as president of his current network. Changes were made to NBC’s formats and shows, and before he knew it, Tom Brokaw’s NBC Nightly News was the number one show on the network. He also decided to air Dateline more times per week.

It was around this time that the Today show saw significant changes. When Bryant Gumbel left the show, Lack replaced him with Matt Lauer. He even spent $15.0 million on a separate studio, and it was soon rated the highest morning show for the next 16 years.

Lack also oversaw the beginning of MSNBC, which covers political news from across the globe. After being named president, he left NBC News in 2001. Two years later, he joined Sony Music Entertainment as Chairman and CEO, when the company was failing. The first thing he took care of was terminating 6,000 employees to cut costs. In 2005, in a $110.0 million contract, Bruce Springsteen signed to the label, giving Sony a new lease on life following a merger with BMG.

Not too long after, he started SonyBMG Films, but left the company in 2008. This was when he joined Bloomberg as CEO. In a report by The New York Times, Lack was credited to the doubled revenue and lessened losses, resulting in him becoming chairman in 2013.

He stayed with Bloomberg until 2014, after which he returned as NBC Chairman. After staffing and show changes, he hired Megyn Kelly from Fox News at the start of 2017 for a mid-morning program, with a salary reportedly worth between $15.0 and $20.0 million per year. “She’s demonstrated tremendous skill and poise, and we’re lucky to have her,” Lack said in his official memo.

Betsy Kenny Lack, the current head of Snapchat’s global brand strategy is Andrew Lack’s wife. The couple have two children together. She is a graduate of Princeton University and now lives in New York with her husband. She is his second wife, and used to work for Vanity Fair as a contributing editor.