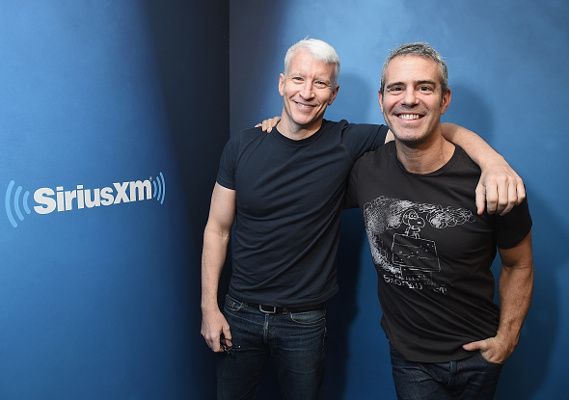 Andy Cohen is a loved for his interviews and hosting. He looks like a fun loving guy who knows just about everyone in Hollywood. Well, a guy like this can’t be single for long, and it’s rumored that the TV host is in a relationship with a new man! Read on to know all about how Clifton Dassuncao and Andy Cohen met, and more facts about Andy Cohen’s boyfriend.

Andy Cohen is in the spotlight now more than ever, after being spotted vacationing with his new beau, Clifton Dassuncao. Though they are keeping a low profile, nothing is ever hidden from the paparazzi. Cohen and Clifton were seen getting sun-kissed on the beach. Here are five things you need to know about Clifton Dassuncao.

He Went to Loyola School in New York

Growing up in the Queens borough, Clifton Dassuncao was always into academics, and attended the well-known Loyola School, where he was on the junior varsity basketball team, ran track, and played varsity soccer. Dassuncao also was into extra curricular activities and was a member of the math and art clubs. What an all-rounder catch for Andy!

He’s a Doctor in Training

Though we won’t see him in a lab coat and stethoscope, Dassuncao has a Masters degree in environmental health, and a Doctor of Science (D.S.). Dassuncao is Brazilian, but grew up in New York and went to MIT. He graduated in environmental engineering with a minor in math. According to his LinkedIn page, he is currently a researcher at Harvard University.

Andy and Clifton Have Actually Been Dating for a While Now

Though Andy Cohen wanted his relationship to be as private as possible, that didn’t work out. They have been together for a couple of years, and seem to be going strong. As far as spending time goes, they were spotted together on numerous vacations and seem to love spending time with each other. The MIT grad and TV host have already been seen frolicking in the sun from the Caribbean to St. Barts, and hanging out beachside.

In an interview, Cohen shared that Cooper loved Dassunaco and they immediately hit it off! Apparently, Cohen’s dog, Wacha also loved his owner’s new boyfriend when they first met, to which Cooper said: “Dogs always know. You have to listen to your dog.”

Waiting for lights out….

Clifton Dassuncao Did the “Santa in Speedos” Run

The chiseled hunk even looks good dressed as Santa in a speedo! Check it out below:

As to whether or not we will be hearing any wedding bells from Andy Cohen and Clifton Dassuncao, only they can tell. Cohen is still busy shooting for his various shows and Dassuncao also has a lot on his plate, as well! So, we’ll just have to wait and see what the future holds for them!