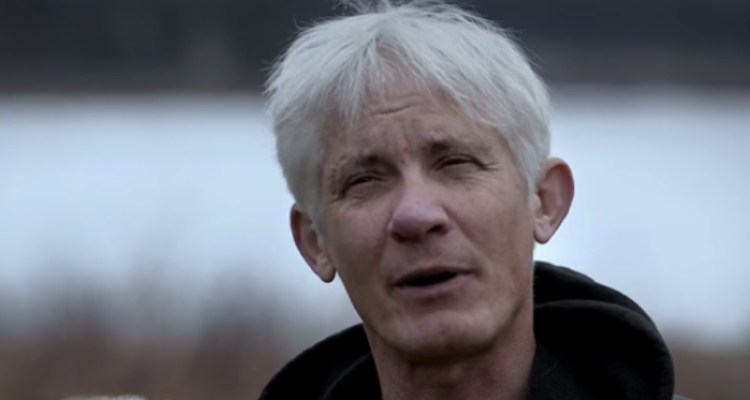 Andy Bassich has been a center of interest on Life Below Zero but for very different reasons. At first, it was due to his character. Then after his wife, Kate, left him (after a number of allegations), viewers were left wondering why Andy Bassich was still on the show. We’re going to take a brief look at Andy from Life Below Zero and the controversy that surrounds him.

How Andy Bassich Wound Up in Alaska

Andy Bassich was born in 1959 and grew up in Wheaton, Maryland. While he grew up in a fairly populated area, Bassich always felt a pull towards Alaska. It took a few years but in 1980, Bassich headed Alaska’s state motto and headed “North to the Future.” When he first hit Alaska, he did a number of jobs but eventually he ended up working as a riverboat captain on the Yukon River.

In terms of a settlement, Bassich prefers the quiet life and he laid down a settlement near Eagle, Alaska, very close to the Yukon River. While picturesque, the area does have some drawbacks as the Yukon River can often flood in the springtime. One such flooding cost Andy Bassich his house. When he got his roots planted, Bassich began to breed sled dogs. His first pup was gained by trading a truckload of wood and he raised him over the winter. He acquired two more dogs and eventually those dogs became seven. Now, Bassich has over 20 sled dogs.

Andy Bassich’s wife, Kate Rorke met Bassich during his time as a riverboat captain. The two met in 2003, in Dawson City, while Kate was just visiting as a tourist, and the pair hit it off. They were together until 2016 and their split soon started a lot of speculation.

On the Life Below Zero, Bassich could come off as mean and verbally abusive to Rorke on a number of occasions that were caught on camera. But as it was on reality TV, many viewers would take these interactions with a grain of salt. But there was always the bit of suspicion lingering in the backs of many peoples minds. When Rorke abruptly left the show, rumors of Andy Bassich’s abuse were confirmed by Rorke, who has stated in an interview that she was verbally and physically abused.

While no charges have been pressed against Bassich, the allegations of abuse left a number of viewers wondering why Bassich is still on the show. National Geographic has basically left the matter undiscussed. Fans have brought up the matter on the show’s Facebook page but the only reply about the matter that was ever received stated:

“We ask that viewers keep their discussions based on the content of the show, not on speculations about the offscreen personal lives of the cast. Thank you.”

And while that stamped the end of the matter then, don’t be surprised if it comes up again due to the current social climate around those issues.