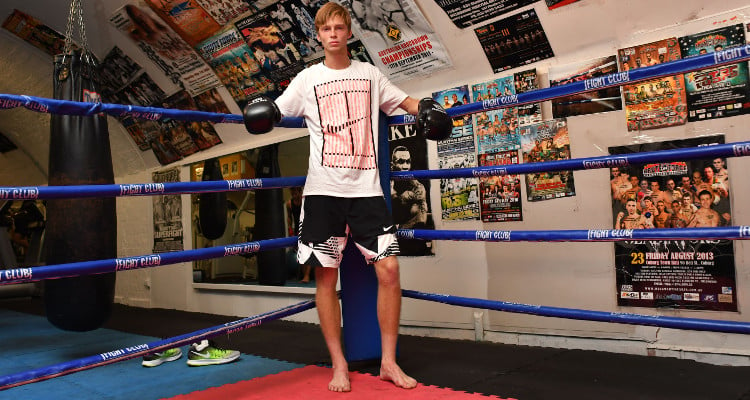 Andrey Rublev is ready to face off against world No.1 Rafael Nadal on September 6. If you want to know more about the Russian tennis player, then take a look at our Andrey Rublev wiki.

Born on October 20, 1997 in Moscow, Russia, Andrey Rublev’s age is 19. His height is 6’2”, and Andrey Rublev’s family includes his father, Andrey Rublev Sr., a former professional boxer, who now owns several restaurants. Talking about his father, Rublev said, “He has a restaurant business and a lot of restaurants all around Moscow,” adding, “So I’m never eating in my home. We have 13-14 restaurants and all different; Russian, Japanese, Italian, then just cafes. It’s good. My favorite restaurant is the Italian and we have Italian guys who have come to cook the food.”

His mother, Marina Marenko, is a tennis coach who worked with tennis players like Anna Kournikova. About Rublev’s childhood, Marenko said, “He had a lot of toys, stuffed animals, a soccer ball, but his favorite toys were the racket and tennis ball.” Besides playing tennis, Rublev likes basketball and boxing. When it comes to music, his favorite bands are AC/DC, Nautilus Pompilius, and Metallica.

Also Read: Juan Martin Del Potro’s Girlfriend in 2017: Who Is He Dating?

He played his first game at the age of 13 in Luxembourg, followed by a competition in Phoenix, which he won. In December 2012, Rublev won the Orange Bowl. In 2013, he won the NWU PUKKE/RVTA Junior ITF 1 cup in Potchefstroom South Africa. He continued to play brilliantly and went on to become a quarterfinalist at the 2014 Australian Open Junior Singles. His first major win was at the 2014 French Open junior singles, where he defeated Munar Clar. He then went on to the semifinals with partner Stefan Kozlov. Right before Wimbledon, Rublev won the Nike Junior International Roehampton cup.

At Wimbledon, he managed to reach the third round before being defeated by Tim van Rijthoven. At the 2014 Summer Youth Olympics, Rublev won the bronze medal in singles, and a silver in doubles. In 2015, he wrapped up his junior career by winning the inaugural ITF Junior Masters in Chengdu, China.

Passed qualification and got into the main draw of Wimbledon ???? #wimbledon2017

He started his pro career at the Bulgaria F6 Futures, earning a spot in the quarterfinals, and was a runner-up in doubles. Rublev finally tasted victory at the USA F31 Futures in Bradenton.

In 2015, he competed in his first ATP tournament in Delray Beach where he reached the second round. Unfortunately, he was defeated by Steve Johnson in two straight sets. He also competed at the David Cup, where he and his partner, Konstantin Kravchuk, won against Gastão Elias and João Sousa in three sets.

Rublev played the clay season at the Barcelona Open, where he reached the second round after defeating Fernando Verdasco. In 2015, he made his Grand Slam debut at the 2015 U.S. Open as a qualifier. In fact, he won his first ever ATP title during the 2015 Kremlin Cup in doubles with Dmitry Tursunov.

Because of his poor performance at the 2016 ATP World Tour, ATP 250, and Challenger tournaments, he decided to part ways with his coach, Sergey Tarasevich. It seemed to be a good move as on March 6, 2016, he won his first Challenger in singles by defeating Paul-Henri Mathieu in Quimper, France. This improved his rank to N. 161, which was a new career-high for him. In April that year, Rublev joined 4Slam Academy run by Galo Blanco in Barcelona.

In the 2017 U.S. Open, Rublev defeated top 10 player, Grigor Dimitrov in straight sets in the second round. He went straight to the quarterfinals after beating David Goffin in the fourth round in straight sets. On September 6, 2017, Andrey Rublev and Rafael Nadal will face off in a quarterfinal match at Arthur Ashe Stadium at 1:15 p.m. EST. About the match, Rublev said, “I’m just going to try to enjoy, and that’s it. This is going to be good challenge for me to see how far I am from top players, and how much more I need to work.”