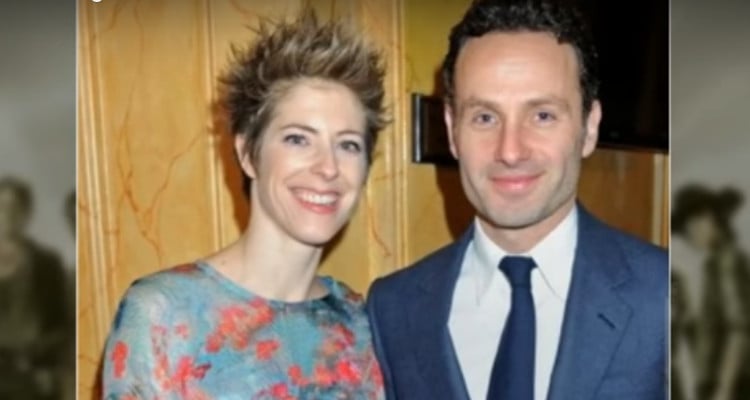 Andrew Lincoln is thankful that his wife is his pillar of support and the loving homemaker who takes care of his two children. While Lincoln works hard on The Walking Dead, it is his wife, Gael Anderson, who has built a warm place for their family. Anderson is the daughter of musician Ian Anderson, and she works as part of a film crew.

Who is Andrew Lincoln married to? Actor Andrew Lincoln’s wife, Gael Anderson, actually comes from rock royalty! She is the daughter of Ian Anderson, the vocalist/flutist/guitarist of the legendary band, Jethro Tull.

Jethro Tull is an English progressive rock band who started out playing blues rock but later added elements of British folk music and hard rock to their sound. A Scottish-born musician, singer, songwriter, and multi-instrumentalist, Ian Anderson plays many instruments like keyboards, bass guitar, saxophone, harmonica, and a variety of whistles. Gael Anderson is his daughter from his second wife, Shona Learoyd, who he married in 1976.

Gael Anderson and Andrew Lincoln were married on June 10, 2006. Apple Martin, the daughter of actress Gwyneth Paltrow and singer Chris Martin, was the flower girl at their wedding.

There is no information on Gael Anderson’s age, but she was born in the 1970s in London, England. She was a personal assistant to the famous Hollywood actress, Gwyneth Paltrow.

Her marriage with Andrew Lincoln is working out very well so far, and the happy couple is in their eleventh year of conjugal bliss. Andrew Lincoln is famous for playing the role of Rick Grimes, the lead character in the AMC post-apocalyptic horror television series, The Walking Dead.

The couple has two children together—a daughter and a son. Gael Anderson’s kids are named Matilda Clutterbuck and Arthur Clutterbuck, born in 2007 and 2010 respectively.

Anderson has had a very positive effect on her husband and has changed him for the better. And according to his own admission, he has become “a better man and a better actor” after getting married to Anderson.

Lincoln said, “It’s family first. It makes me more efficient. Work is work time, then I come home – and there is nothing more grounding. You’re fawned over and wined and dined in LA, and you come home and have to change the nappy.”

People are curious about how Anderson and Lincoln came to be together.

Lincoln explains, “I saw someone that I just fell for, it was amazing, You can’t really quantify or explain emotions. It’s part of my business, sure, but when it’s the real deal.” He continued, “Ours is a very ordinary love story, I suppose. We met, we spent time together, and then I proposed and we got married and had children.”

Anderson is adept at technology. So much so that Lincoln totally depends on her. Lincoln doesn’t use smartphones or social media and says that Anderson is his “app.”

The actor said, “She’s the reason I am able to do this mad job. She has built a life in Atlanta while I’m away filming. I don’t have a smartphone or apps or anything, and people ask me why. I say: ‘My wife is my app.’”

Anderson attended the Downe House School during her high school years and works as part of a crew for films and TV series. Her notable work has been on the TV show, Teachers, where she was an important part of the crew.

As Lincoln continues to be popular for his stellar work on The Walking Dead, Anderson is busy with her work and being a mother to their two children. Gael Anderson is the strong woman who makes Andrew Lincoln’s life meaningful and successful.