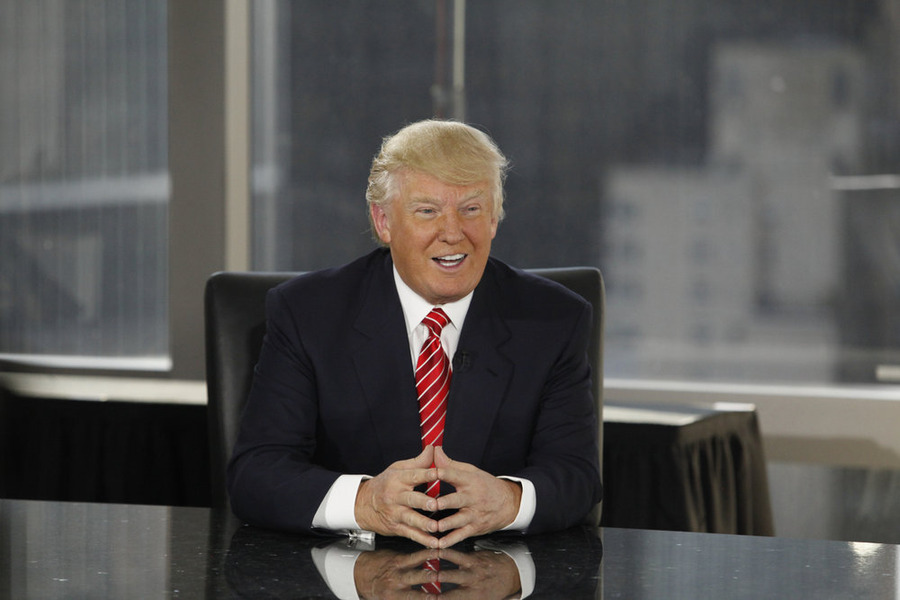 President Donald Trump’s Andrew Jackson-civil war comments have once again made him the center of attention. Trump has often compared himself to the late seventh president and in an interview with the Washington Examiner, he questions why the Civil War even happened. If you want a little history lesson on one of America’s earliest presidents, then have a look at our Andrew Jackson wiki.

Andrew Jackson was born on March 15, 1767 in the Waxhaws region, between North Carolina and South Carolina. His parents were Andrew and Elizabeth Jackson, Scot-Irish colonists who emigrated from Ireland in 1765. Three weeks after Jackson’s birth, his father died. His mother died of cholera sometime after she negotiated the release of Jackson and his brother, who were both captured by the British. Jackson grew up in poverty and was later raised by his uncles, eventually becoming a lawyer.

He Founded the Democratic Party

After abolishing the Electoral College, Jackson was known as the “people’s president,” similar to how the late Princess Diana was referred to as the “people’s princess.” He believed in fighting for the common man (due to is humble upbringing) and fought corrupt banks that were being misused by the government. He’s also responsible for the donkey that’s used as the emblem for the Democratic Party. Among his many names, Jackson’s opponents nicknamed him “jackass,” a name he liked so much that he used it as the symbol to represent the Democratic Party.

The topic of Andrew Jackson’s slavery and racism comes up, due to the fact that there were African-Americans working on a cotton plantation he acquired in 1798 in Davidson County, Tennessee (close to Nashville). It was called “The Hermitage.” After his eventual death in 1845, approximately 150 slaves worked in the Hermitages fields.

Andrew Jackson and Trail of Tears

Despite Jackson’s popularity and success with the people during his presidency, it was certainly not without its controversies. His dealings with Native Americans was a negative one and is an aspect of his presidency that many don’t know, or often forget. He signed the Indian Removal Act of 1830, which awarded him power to make treaties with tribes that meant their displacement to the territory west of the Mississippi River. The act was made in return for their homelands that belonged to their ancestors for generations. It was known as the Trail of Tears because an estimated 15,000 Cherokee people had to migrate to what is known as present-day Oklahoma. It claimed the lives of 4,000 Cherokee Indians, who died of starvation and illness.

Jackson didn’t have any biological children but he adopted three kids, including a pair of Native American orphans, with his wife Rachel (née Robards).

Jackson’s wife died of a heart attack (many blamed the stressful life of her husband) and he himself later died in 1845, due to led poisoning from two bullets that were in his chest from several years prior. But the bullets were not from his assassination attempt.

What Did Trump say about Andrew Jackson?

Why Trump seems to think the Civil War has anything to do with Jackson is beyond, well, anyone, especially since Andrew Jackson died years before it even began!

Trump made a comment suggested that the now deceased president could have prevented the Civil War, which led everyone to collectively comment online, and educate Trump, who needs either a new staff or another history lesson!

“I mean had Andrew Jackson been a little bit later you wouldn’t have had the Civil War. He was a very tough person, but he had a big heart,” Trump said during an interview with the Washington Examiner‘s Salena Zito. Hmm… who knew Donald Trump could speak to former U.S. Presidents from beyond the grave!

Our first official proof of a President’s views from beyond the grave? ???? Someone seriously needs to read a book, ANY book. I don’t even know where to start here, especially regarding Jackson’s views on race. From Andrew Jackson’s Hermitage’s own website “In all reality, slavery was the source of Andrew Jackson’s wealth…. When Andrew Jackson bought The Hermitage in 1804, he owned nine enslaved African Americans. Just 25 years later that number had swelled to over 100 through purchase and reproduction. At the time of his death in 1845, Jackson owned approximately 150 people who lived and worked on the property.”