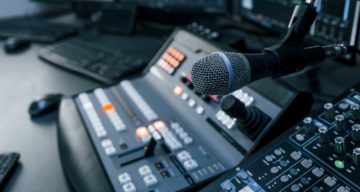 Andrew Gundling graduated from Syracuse University in 2006 with a BA in Speech Communication and Rhetoric. While there, he was a sports director at WJPZ-FM.

He joined WEPN-FM 98.7 ESPN New York in 2007 and has been part of the sports media empire since then. He has been a head producer for The Michael Kay Show since he joined but also did on-air work.

In 2014, Gundling began hosting the podcast, Caught Offside, under the ESPN umbrella. He covered soccer analysis on the podcast and became increasingly popular.

I’ve learned more than I can put into a tweet from Andrew, and am grateful I had the chance to work with him these last two years. He will be missed by everyone on TMKS, but I am super excited for him and his new opportunity https://t.co/Lm5JeLeNj3

On October 6, Michael Kay announced that Andrew Gundling is leaving The Michael Kay Show. He expressed his gratitude to Gundling for the last 15 years. And the farewell, although sudden, seemed abrupt to regular listeners.

TMKS fans have been speculating recently that ESPN is bringing changes to the show or possibly canceling it, but nothing has been confirmed. Rumors have also been circulating that Gundling was let go by WEPN-FM. This, again, is an unfounded rumor.

One of the show’s crew members, Anthony Pucik, hinted that Andrew Gundling is leaving The Michael Kay Show for a “new opportunity.” Neither Pucik nor Gundling have revealed further details, and Gundling has limited activity on social media.

Gundling or ESPN haven’t outlined what happens to the Caught Offside podcast either. They can only anticipate further updates from Andrew Gundling in the near future.