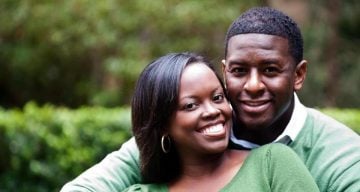 Andrew Gillum, who was the Democratic candidate in Florida’s 2018 gubernatorial race, is now at the heart of a suspected drug overdose scandal. The controversy has brought attention not only to Gillum, but also his family. Gillum’s wife, R. Jai Gillum, was a prominent presence during his election campaign. So Floridians are not completely unfamiliar with her. While she hasn’t responded to her husband’s link to the possible meth abuse scandal, all eyes are on her. For those curious about Andrew Gillum’s wife, we’ve got R. Jai Gillum’s wiki.

Born Rashada Jai Howard on May 4, 1978, the future first lady of Tallahassee grew up in Alabama. She graduated from Sidney Lanier High School in Montgomery there.

Her parents are professors who taught at Jackson State University, a public university in Mississippi. Their academic careers also had an influence on their daughter, who went by Jai in her youth.

“My first name actually is Rashada, and Jai is my middle name,” said Rashada. “My parents were professors at Jackson State (University, in Mississippi). My dad named me Rashada after my father’s first student to get her Ph.D, a woman who was terminally ill.”

Young Jai was keen on a career path to become a dentist. She pursued her bachelors in biology at Florida A&M University in Tallahassee, where the registrar insisted she include her first name in some way. So she starting going by R. Jai.

R. Jai, however, switched gears from the medical field to try other careers. She went to Dallas where she briefly worked at a bank, but later left and returned to Florida A&M for graduate school. Instead of dentistry, she studied public health and public policy this time.

She was the student body vice president from 2000 to 2001 and proved her worth in both academics and extra-curricular activities. After completing her undergraduate degree, Gillum obtained a degree in health, policy, and management from the same university. She graduated with the inaugural class of Florida Gubernatorial Fellows.

Before R. Jai figured out her exact career path, she found herself fitting right into the university’s fellowship program. It gave her opportunities to work with local administrative officials and served her passion to help people.

Around that time she got an offer to be a special assistant to Alex Sink, a financier who was the state’s chief financial officer then. After joining Sink’s office in March 2007, R. Jai went up the ranks until she was made the director of appointments for the Office of Boards.

Jai no longer works with Sink, but continues on the same career path. She is currently the director of Foundation Affairs at the Florida Dental Association. She has been serving in this capacity since October 2016.

Before that, she was an executive director at United Way of the Big Bend’s BEST Project, whose mission is to “help people achieve long-term financial stability and quality of life through services such as tax preparation help.” She was also the director of Income and Health Strategies for just over four years, starting in 2012.

Gillum had a six-month stint in 2012 as the development director at Big Brothers Big Sisters of the Big Bend following her position as the director of appointments at the Office of the Chief Financial Officer for the Florida Department of Financial Services between 2008 and 2011.

She was a staff director at the Florida Financial Literary Council in the same department for a year before taking this position.

She started her career as a gubernatorial fellow at the Florida Department of Health in 2004. She worked in this capacity for a year before becoming a development coordinator for the Boys & Girls Clubs of the Big Bend for a year.

How R. Jai hooked up with her now-husband is quite a story that people never get tired of listening to.

She met Andrew Gillum when they were classmates at Florida A&M University. And their paths crossed many times in the late 1990s and early 2000s.

They were both members of the Student Government Association, but it wasn’t love at first sight. Andrew liked her and thought of an innovative way to flirt with her.

When R. Jai came in one day wearing a short skirt, Andrew gave her a warning and told her to leave the chamber because she was not dressed appropriately. She insists that she was wearing a business suit that day, but Andrew was in no mood to listen.

Andrew recalled, “My way of flirting was to penalize her. She was the only person I ever had to give a demerit to for wearing a short dress.”

The pair, however, never dated while they were in college. R. Jai went to Dallas before returning to Florida A&M University to pursue further studies. By then, her future husband became the youngest person ever to be elected as a member of the Tallahassee City Commission.

They met by chance at the Governor’s Square Mall. Andrew Gillum was carrying two cell phones and pager to boot—a clear sign to her that he was just too busy for romance! They talked for a while before Andrew gave her his home phone number, but she never called him.

A few months after this meeting, their mutual mentors at the university decided to get them together finally by arranging a “meet-cute.” Both arrived not knowing that the other would be there, but this time Cupid struck strongly.

They made plans to get together the following weekend and went for a date at Bennigan’s, and the sparks finally flew! Looking back now, they jokingly call it “the first date that never ended.”

Finally, Andrew proposed to her, but instead of asking her to become his wife, he asked her to become his “life partner.” She said “yes,” and the couple got married on May 24, 2009, beginning a new chapter in their lives.

After the wedding, the couple decided to wait a year before having children. They took the time to enjoy each other as newlyweds and further their careers.

It took a while, but R. Jai Gillum finally gave birth to twins. They had a baby boy and girl, whom they named Jackson Gillum and Caroline Gillum.

From then on, their happiness knew no bounds, and they hunkered down with the intention to build a great life for their adorable babies. Then, they had their third child, a boy they named Davis Gillum.

The kids and their mom had a prominent presence in Andrew Gillum’s 2018 campaign for Florida governor. R. Jai had to balance her kids, her career, and supporting her husband on the campaign trail, but managed to pull through.

R. Jai is silently supporting her husband as he goes through an apparent drug abuse scandal in March 2020. The lawmaker was involved in a possible meth overdose incident in Miami Beach on March 13, 2020.

First responders found Andrew Gillum in a hotel room with two others. One of them had to be treated for a suspected meth overdose. Gillum and the third person were also intoxicated and clear plastic baggies of suspected crystal meth were found in the room.

In a statement, Gillum said he was in Miami for a wedding celebration and had too much to drink. But he denied taking meth or any other drugs.

In a follow-up statement on Sunday, March 15, Gillum decided to withdraw from politics and enter rehab for alcohol abuse.