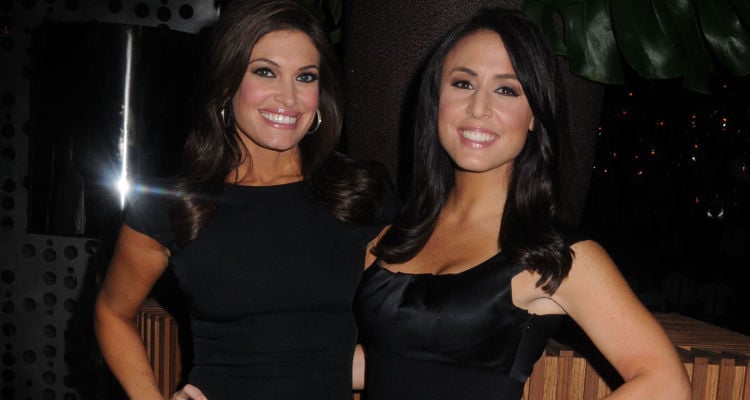 Andrea Tantaros is an American conservative political analyst and commentator, who was the co-host of Outnumbered, a program on the Fox News Channel. She was also the co-host of the program, The Five. She has been in the news lately because she has filed a lawsuit against Fox News. She has sued the Fox Channel with claims of sexual harassment. People are waking up today wondering what this is all about. If you don’t already know who she is, check out Andrea Tantaros’ Instagram and Andrea Tantaros’ pics on the Internet. Andrea Santaros’ images show her to be a vivacious yet thoughtful person, but read on to learn more about her and this ugly situation.

Tantaros was born in Allentown, Pennsylvania to Greek parents. Her parents owned a Greek restaurant called the Pied Piper Diner. Tantaros attended Parkland High School before enrolling in Lehigh University, where she studied French and journalism. She completed her graduation in Paris, France after which she moved to Washington, D.C.

Tantaros inherited entrepreneurship from her parents. She started Andrea Tantaros Media, which provided media strategy and crisis management to Fortune 500 companies and political campaigns. Tantaros joined Fox News in 2010. She joined the program The Five as a co-host. By 2013, it was the second highest watched program on cable news. She then appeared as a co-host on Outnumbered in 2014.

After this point things got murky. In April 2016, she was pulled from the show for what the channel claimed were ‘contract issues.’ In August 2016, Santaros approached Fox executives with a complaint. She said that Roger Ailes sexually harassed her. Roger Ailes is the founder and Chairman and CEO of Fox News and Fox Television Stations Group. He resigned from all these posts in July 2016 after sexual harassment allegations. Tantoros has said that she was demoted from her position as co-host because she complained about Ailes. She filed a lawsuit against Fox News for sexual harassment and claimed that Bill O’Reilly and Scott Brown made inappropriate comments to her while Brown touched her without her consent.

These are serious allegations and they should not be taken lightly. The case is still being investigated and the matter is being probed, it’s a little too early to take sides. However, the fact that a highly respected person like Tantaros has made such allegations makes you wonder how lesser known female employees survive in the workplace. Many organizations are still quite patriarchal and are run by the ‘old boys club.’ For Andrea Tantaros, this lawsuit is just the beginning of her long battle for justice. Tantaros is an intelligent and determined woman and will fight until the bitter end on this matter.

Why Did Kesha Drop the Lawsuit Against Dr. Luke in California?