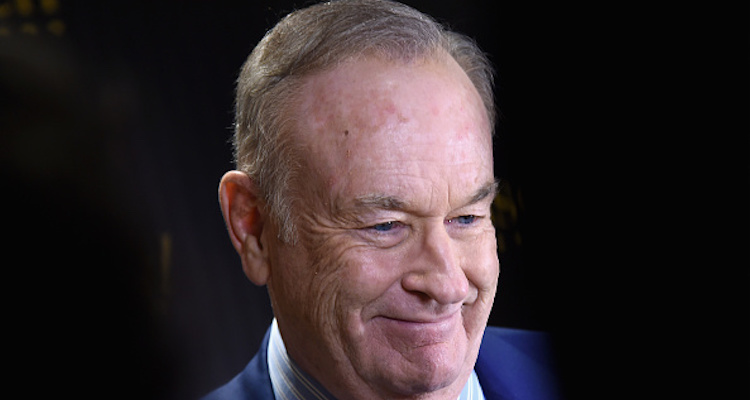 Born in Missouri on January 24, 1971, Andrea Mackris’s age is 46. She attended from the University of Missouri-Columbia and Columbia School of Journalism. Most of her professional life was spent behind the camera as a producer. Eventually, Andrea Mackris landed at Fox and began working as a producer of The O’Reilly Factor. For many, this would be a dream, high profile producing job on a top rated show at a very popular news network. Unfortunately, Bill O’Reilly caused it to be a bit of a nightmare.

In 2004, Mackris filed a $60.0 million lawsuit against O’Reilly alleging numerous instances of sexual harassment, including propositioning her and her college roommate over for dinner, regaling her with sexually explicit stories of trysts with a flight attendant and a Thai sex worker. He allegedly told her about his sexual fantasies in graphic detail. All of this occurred while O’Reilly, the conservative commentator, was very much married. In an attempt to get ahead of the story, O’Reilly sued Mackris, accusing the former producer of extortion. A week later, Mackris and O’Reilly settled out of court with her receiving $9.0 million. The settlement went through quickly but it was not without strings, which led to the current lawsuit against O’Reilly.

As it turned out, Mackris was one of many women who settled with O’Reilly and/or Fox for sexual harassment claims. By the time Fox let him go, O’Reilly settled millions upon millions worth of lawsuits against him, with one particular settlement for $32.0 million. One of the standard clauses in settlements of this nature is a non-disparagement clause. Essentially, this agrees that neither side in the settlement says any further negative things about the other party after the settlement is reached. It appears that O’Reilly may have forgotten about the fact that this clause works both ways.

In early December, Rachel Witlieb Bernstein filed a defamation lawsuit against Bill O’Reilly and Fox. Earlier in 2017, the New York Times released a story on O’Reilly’s various sexual harassment settlements and the former host gave them a statement saying that many of the lawsuits and settlements were generated by “vulnerable to lawsuits from individuals who want me to pay them to avoid negative publicity.” Fox also replied to the Times article and, in part, mentioned “that no current or former Fox News employee ever took advantage of the 21st Century Fox hotline to raise a concern about Bill O’Reilly.”

According to Bernstein, this is defamation due in part to the non-disparagement clause in their settlement, as well as the statements casting her as a liar and politically motivated extortionist. She claims that no hotline existed at the time and she made numerous complaints about O’Reilly to Fox’s human resources department. Today, Mackris, along with Rebecca Gomez Diamond, joined the defamation lawsuit filed by Bernsteint for the exact same reason. Essentially, they feel as though they kept their side of the bargain but O’Reilly, and Fox, did not. Fox currently declined to comment on the lawsuit.