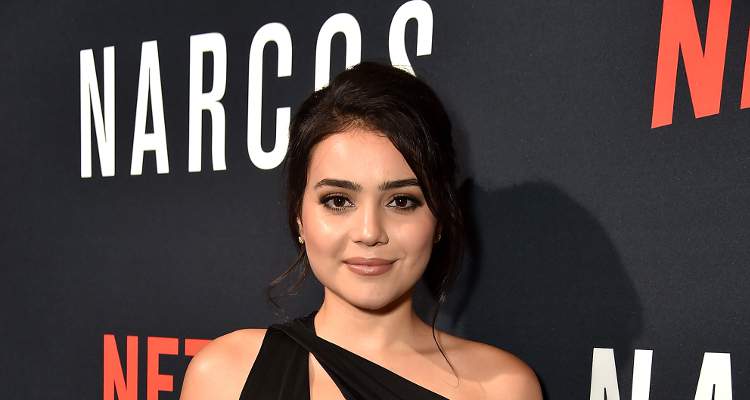 Andrea Londo is a young actress with talent, looks, and a lot of potential. She achieved fame from Narcos season 3, where she has a nude scene that both pleased and upset people. She defended her character, Maria Salazar, who has been accused of being weak and manipulative. Londo is a fresh new talent who lights up any room she is in and we’ve got all the details you need to know about her, right here!

All 10 episodes of the third season of Narcos was released Friday, September 1, 2017 on Netflix. Narcos season 3 earned positive reviews from fans and critics who cannot wait to see what the next season brings! While every actor did a great job, one young actress has been singled out for praise and attention: Andrea Londo, who plays Maria Salazar, the wife of a Colombian drug-lord affiliated with the North Valley cartel. Londo had intimate scenes in Narcos season 3, which have become talking points among its fans. People are specifically talking about Andrea Londo’s nude scene, as it created a bit of backlash. Keep reading to learn more details from our Andrea Londo wiki.

Though Andrea Londo’s age is unknown, she has been acting in several TV shows since 2015, including Catfish: The TV Show, Faking It, and Criminal Minds: Beyond Borders. However, her breakout role came from Narcos. In Narcos season 3, Londo plays the wide-eyed, innocent looking but street-wise cartel girlfriend, Maria Salazar. She uses her sexuality and body to buy safety for herself and her son who are caught up in the vicious and violent world of Colombian drug cartels. Knowing that she has to be on the winning side if she wants them to live, Salazar changes sides frequently as the cartels rise and fall against the onslaught of the government forces hunting them down.

Accused of Being Weak

Since the release of Narcos season 3, Londo has received a lot of criticism for her character. People are not only upset with her nude scene, they are also criticizing her character’s personality. One uncharitable review wrote: “The third woman to appear in ‘Kingpin’ is the one to truly fill Narcos’ Crying Woman trope: Maria Salazar (Andrea Londo). Maria makes her debut as arm candy to her husband, Claudio Salazar (Carlos Camacho). Maria is made to follow her spouse like his trusty canine companion as opposed to his actual human wife. The beautiful young woman immediately catches the eye of drug lord Miguel Rodriguez (Francisco Denis).”

Londo gave a wordy reply explaining her character and her situation in the show. She defended Salazar’s seemingly cunning moves saying that they are essential for her survival saying, “She’s no super-hero or role model, but Maria is a real woman with real emotions and an enormous amount of fight in her, that when placed in morally ambiguous situations chooses that which is best for her future, not that which is deemed correct by the standards of her society.”

Fans searching for Andrea Londo’s hot pics do not need to look far. Andrea Londo’s Instagram account is full of pictures of the actress in sexy dresses, bikinis, with the cast of Narcos, and her friends. There are pictures of people Londo admires like Audrey Hepburn, Jack Nicholson, and Barack Obama, as well as pictures of beautiful green locales, as well. It is clear from her pictures that Londo is a fun-loving person who is very serious about her acting career. Whatever people might say about Maria Salazar, there is no doubt that Andrea Londo will not hold back as far as her art is concerned!