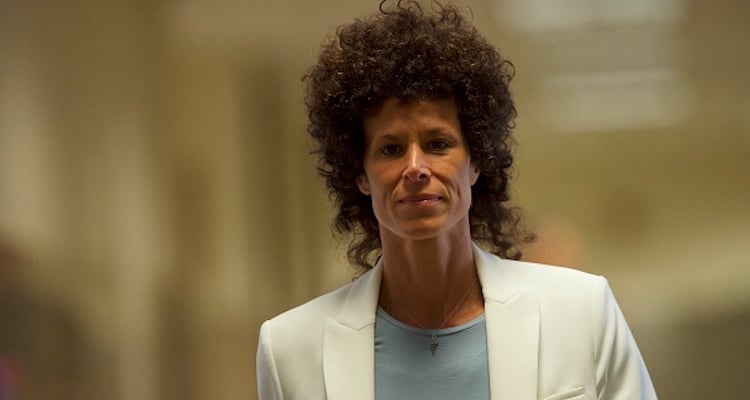 On September 25, 2018, Bill Cosby was found guilty after a two-day hearing on all three counts of aggravated indecent assault against Andrea Constand. She accused the 81-year-old actor of drugging and sexually assaulting her back in 2004. Constand is among several women accusing Cosby of assault but is the one who helped send him to prison. Our Andrea Constand wiki elaborates on her fight against Cosby.

She has an older sister named Diana, and her father, Andrew, is a massage therapist. He is of Greek descent while her mother, Gianna, is Italian. Constand is fluent in Greek, having spent a lot of time with her grandparents growing up.

After graduating from high school, she earned a basketball scholarship to attend the University of Arizona. Constand was the star of the Wildcats women’s basketball team, averaging 10 points per game in her senior year.

When she felt homesick in the U.S., her father’s parents relocated to stay close to her. Her grandparents had sold their restaurant business and retired at that time.

She went on to play professionally after signing a two-year contract in Italy. Constand even played for Canada at the 1997 Summer Universiade and once said that she was one of the top three female high school basketball players in Canada.

Her basketball skills brought her to Temple University, where Bill Cosby was a prominent alumnus.

Olympic gold medalist Dawn Staley, who was the newly appointed coach of the women’s basketball team at Temple at the time, enlisted Constand as the team’s director of operations.
More than a decade ago, Constand met Cosby after a game, and they became good friends with Cosby taking her under his wing.

After some time, Constand returned to Ontario where she studied to be a massage therapist. The training triggered the trauma of the assault she experienced at Cosby’s hands. It was then that she confessed about being sexually assaulted for the first time to her mother.

According to Constand, Cosby had expressed he was sexually attracted to her some time after they met. She only saw him as a mentor and had to rebuff his advances on more than one occasion.

In January 2004, Andrea Constand was invited to the actor’s Pennsylvania home for dinner, according to her testimony in court. She said he gave her three blue pills that would help her relax. Instead, the drugs made her slur her words and see double.

She was in a semiconscious state and unable to move when Cosby allegedly sexually assaulted her. She woke up the next morning and left but didn’t speak about the assault for a long time.
“I didn’t think anyone would believe me. It was Bill Cosby. It was Dr. Huxtable. I thought I was the only person he did this to,” she said.

Constand only opened up about it to her mother a year later. Before that, she had kept in touch with Cosby, and her parents also met him because she feared losing her job.

She first filed a complaint with the Pennsylvania State Police, but the district attorney declined to prosecute, citing insufficient evidence. Constand then filed a civil case that was settled in 2006 for an alleged sum of $3.4 million.

Also Read: Bill Cosby Net Worth: His Wealth before the Scandal

Her Case was Reopened

Constand’s case had faded from memory, even though the sexual assault allegations haunted Bill Cosby for a long time. But in the pre-#MeToo era, stand-up comedian Hannibal Burress reignited the allegations against the “American Dad.”

Burress disparaged Cosby in his 2014 standup routine, even joking that there were a lot more search results for “Bill Cosby rape” than there were for “Hannibal Burress.” His joke went viral and there was a fresh surge of interest in Bill Cosby’s treatment of women.

More than 60 women accusing Cosby of assault came forward, prompting the new DA in Montgomery County to reopen Constand’s case. Cosby was charged and Constand testified against him.

In June 2017, Constand took to the witness stand to recall that night in 2004 when Cosby assaulted her. The pressure on her was immense because she was the only victim among the 60 accusers on whom the statute of limitations was not up.

The Cosby trial resulted in a hung jury in 2017. But in a retrial, Cosby was found guilty of three counts of aggravated indecent assault on Constand in April 2018.

He Tried to Out Her Sexual Orientation

Cosby’s team was trying to prove that what went down between the comedian and Constand was consensual. His attorneys sought to out Constand as a lesbian by getting the woman she allegedly dated at the time of the assault to the stand.

Constand’s attorneys argued that her past relationships had nothing to do with being drugged and assaulted. Additionally, Pennsylvania’s Rape Shield Law does not allow the victim’s sexual history to be introduced in court.

But in a deposition, Cosby’s attorneys wrote, “As defendant [Cosby] admits in his deposition, despite his talent for interpreting female reactions to him, he did not realize Plaintiff was gay until the police told him.”

The defense tried to prove that Constand had a motive by lying about her sexual orientation.

Constand is gay, however, she never directly mentioned it to Cosby. She allegedly admitted it to investigators when she said that she was “embarrassed” when he made advances at her.
While Constand never openly stated her sexual orientation, her side claimed that she’s a lesbian and never consented to any sexual activity with Cosby.

April 26, the day Cosby was found guilty, is Annual Lesbian Visibility Day. The LGBTQ+ community all over the country praised Constand for winning the case for all of Cosby’s accusers and celebrated her sexuality.

Constand has not been in a relationship in recent times and said after Cosby’s sentencing, “I’ve never married and I have no partner. I live alone. My dogs are my constant companions, and the members of my immediate family are my closest friends.”

After Bill Cosby was sentenced to prison, Andrea Constand submitted a written impact statement, which was later released.

In her statement, she recalled the emotional and mental turmoil she went through, particularly when she filed the civil suit the first time. Constand was labeled a gold digger and con artist, among many other names, and Cosby fans harassed her and her family.

She Sued the DA

Montgomery County DA Bruce Castor did not proceed with Constand’s case initially, citing a lack of credible evidence and inconsistency in her recollection of events. Later, he ran for DA again with his opponent being assistant DA Kevin Steele.

Steele reopened Constand’s case and raised the matter of Castor not charging Cosby in 2004. Cosby’s defense questioned the timing of reopening the case during a hotly contested election for the DA’s position.

But Castor was forced to respond to questions about why he didn’t charge Cosby the first time. Castor said that Constand had been inconsistent (something experts say is common for sexual assault victims) making her an unreliable witness.

That led to Constand suing Castor for defamation, among other charges. She alleged that Castor had “no intention of arresting Dr. Huxtable” in 2005 because he was planning to run for governor. She even said that she wouldn’t testify in the reinvestigation if Castor was elected.

Castor ended up losing the DA election to Steele.

In Andrea Constand’s victim impact statement, she thanks her lawyers, Steele and his team, the jurors, and the investigators on the case.