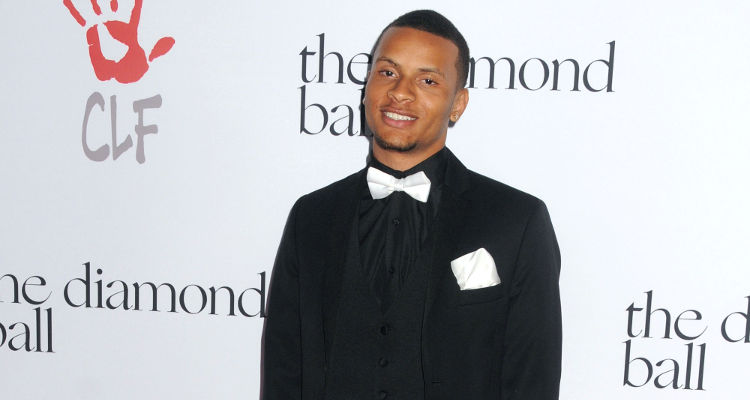 Took the homie and Mama Dukes out to Hollywood to celebrate!????????#happybirthdaymom

Since his childhood, De Grasse was into racing. He won his first race when he was in the 11th grade wearing basketball shorts and converse shoes! His coach, Tony Sharpe saw the potential in him and took him under his wing for training purposes.

De Grasse later on went to Coffeyville Community College in the years 2013 and 2014. However, he got a transfer to USC for his junior season in 2015.

Happy Birthday to my coach Tony Sharpe.. this was 2 years ago on your birthday when I broke the Canadian JR 100m record. Enjoy your special day!!????????

Tony Sharpe is a former Jamaican-born Canadian sprinter. He participated in the 1984 Los Angeles Olympics, winning a bronze medal in 4×100 meters relay. There was a hold back in Tony’s career because he allegedly used steroid during his running career. However, in the year 2012, he was reinstated. at which point Sharpe started coaching individuals for the Olympics. Tony trains young track athletes at Pickering’s Speed Academy Athletics Club; he started the club in the year 2006, after leaving a career in corporate sales.

There are no shortcuts to perfection, but with precision, your best is within reach. I’m proud to be teaming up with @Gillette on the road to the Rio 2016 Olympic Games #Rio2016 #PerfectIsntPretty

De Grasse started his exceptional career at quite a young age; in the year 2013, he won a silver medal for the 100m race in the Pan American Junior Championships. He competed in the Pan American Games in 2015, where he won gold for both the 100m and 200m races, and he won bronze (in the 100m and 4x100m relay races) during the 2015 World Championships in Beijing . There is no looking back for De Grasse, as he now has a bronze medal to add to his collection. He won the bronze medal for the 100m race in the 2016 Rio Olympic Games. It was a proud moment for the 21-year-old as he ran alongside Usain Bolt in that race!

De Grasse shared a light moment with Usain Bolt, while they were running for the 100m race, and both of them have qualified for the 200m finals, tonight at 9:30! During Wednesday’s 100m race, De Grasse was running in Lane 5 right next to Jamaican’s sprinter Bolt, and the two shared a candid moment.

The moment was worth watching as while running, De Grasse smiled at Bolt and he smiled back. When they crossed the finish line, both of them hugged each other, and the moment captured the hearts of millions.

All the viewers are desperately waiting for the finals to start as they want to see if Bolt will our perform De Grasse. Do you think De Grasse will end his reign?

After the race was over, De Grasse said, “I felt like I have a great shot to get on the podium again,” he further added “My coach told me to try and make him use as much energy as possible because I think I can do a better job of recovering.

“I’m younger. So we’ll see what happens. You can’t count him out,” said De Grassse, adding that he was just having some fun. “I was kind of tentative. I was thinking, ‘Should I pass him or save it for tomorrow.’ But I definitely wanted to make him work a little bit and push. I didn’t expect to run that fast but it happened.”

He added, “We were kind of joking around saying, ‘Why are we running this fast. We shouldn’t be running like this in the semifinal.”

Tune in tonight as that is when both De Grasse and Bolt will be running for the finals! And we are just as excited to see who takes home the gold! If you want to know more information about Andre De Grasse, then feel free to click here.