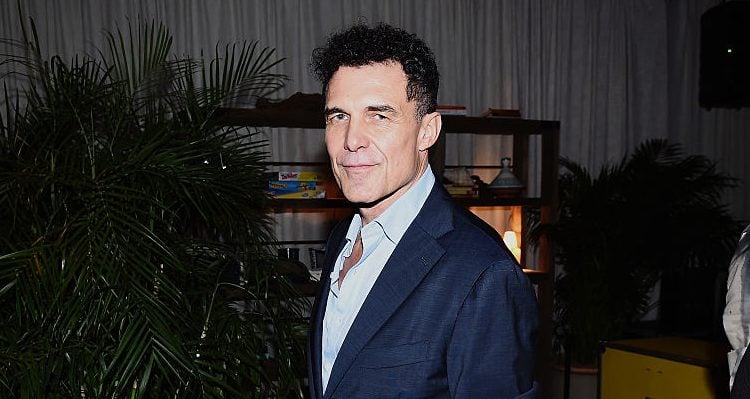 The Harvey Weinstein scandal has given many women the courage to speak out against men  who have sexually assaulted or used sexually inappropriate behavior towards them. The latest accusations were leveled at André Balazs by Jason Bateman’s wife. Learn all about André Balazs, his career and family life, and what allegedly happened between André Balazs and Amanda Anka in this André Balazs wiki.

Born on January 31, 1957, in Boston, Massachusetts, André Balazs age is 60. His father founded a biotech company called Biomatrix where Balazs held a position for a while. He earned his master’s degree in business and journalism from Columbia University.

Since his divorce, Balazs has dated Uma Thurman, Chelsea Handler, and is currently with Cosima Vesey, an English socialite who is the mother of his third child, a son.

André Balazs made a career out of being an hotelier and high-end residential property owner. The first hotel that he purchased was the Chateau Marmont, which he transformed from a quiet hotel to the celebrity hotel to stay at. He then purchased Sunset Beach, a seasonal hotel made up of 20 rooms on Shelter Island, New York.

After buying a few more properties, Balazs established the Standard chain of hotels and oversaw that brand for 18 years until leaving the board of the company in March of 2017. He maintained some stakes in certain hotels owned by Standard along with a 20% stake in the Standard organization.

Andre Balazs || The Standard, Chiltern Firehouse When it comes to designing experiences André Balazs is without peer in the hotel sector. The Boston-born hotelier is behind some of the world’s most adored hotels and restaurants, including The Standard (@thestandard) New York’s High Line, as well as Miami and downtown Los Angeles, plus the Chateau Marmont in Hollywood and London’s Chiltern Firehouse and forthcoming London Standard at Kings Cross. A graduate of Columbia’s School of Journalism, Balazs cycled through a number of career potentials – including a sculptor, publisher, architect, and author – before finally settling on hospitality, which has been manifested as spatial storytelling. His hyperactive mind and obsession with narrative-driven experience finds the perfect outlet in the hospitality industry, which Balazs, who is as much of a celebrity as his properties, has truly revolutionized. Read the full profile somethingcurated.com link in bio ??

André Balazs’s net worth is an estimated $700.0 million.

According to the allegations, Jason Bateman and his wife, Amanda Anka, attended a dinner party at the Chiltern Firehouse in London after the London premiere of Bateman’s film, Horrible Bosses 2. Also in attendance were Jennifer Aniston, Charlie Day, Mary Elizabeth Ellis, and Jason Sudeikis.

After the dinner, Balazs offered a guided tour of the building, a former firehouse that was renovated into a hotel. One of the features of the hotel is a roof with a great view of London that is accessible via a firehouse ladder.

Anka was hesitant to go up the ladder and was wearing a leather dress. Balazs insisted that she join them and followed behind her. He then allegedly slipped a hand up her dress and grabbed her crotch.

She immediately told the other party goers what occurred, and in a statement, Mary Elizabeth Ellis stated, “I witnessed behavior by André Balazs that was inappropriate and offensive.”

After the story broke last week, Bateman and Anka confirmed the André Balazs sexual harassment allegations with a statement through their publicist.

The statement read, “On behalf of Jason Bateman and Amanda Anka, we can confirm that the account of André Balazs’s outrageous and vile behavior on that night in London is factual. His actions were dealt with at the time.”

According to reports, when Bateman heard what had occurred, he confronted Balazs and spat gum into his face. This story has been accompanied by other accusations of sexual assault from other women, including former employees.