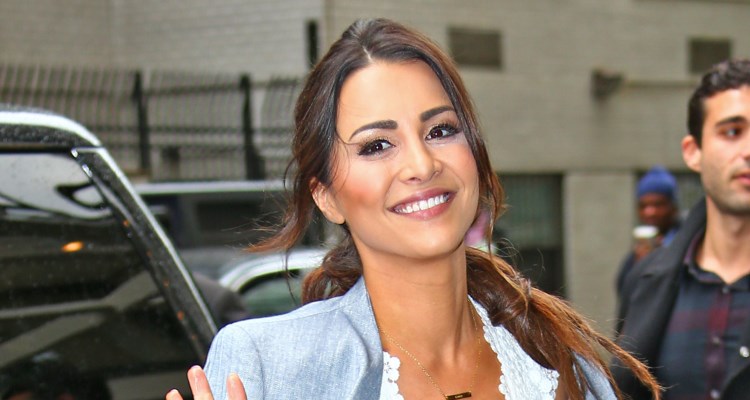 The bachelorette and former district attorney recently made a guest appearance on the hit show, Family Feud, the celebrity edition. As many will remember, Andi chose to marry Josh Murray but unfortunately after eight months, the couple split.

In an interview with Us Weekly, Andi told the news outlet that she was certain that she would spend the rest of her life with Josh. She went on to say that he was emotionally abusive and jealous, sometimes calling her a b*tch or a whore. Andi also stated that it was the most volatile relationship of her life and she even wrote a book about it.

Though her relationship with Josh was toxic to say the least, Andi wouldn’t let that be the end for her. In the most cathartic way possible, Andi seemingly found closure and control in her book, It’s Not Okay: Turning Heartbreak into Happily Never After. The book chronicles her abusive relationship with Josh and how she coped.

Josh reportedly said that Andi’s comments were fictional, and disagreed with how Andi described their relationship.

“How am I supposed to comment on a fictional story?” Murray said to AJC. “It saddens me and it’s unfortunate, she has chosen to characterize me in such a negative way. I respect the private relationship we had those eight months. I personally choose to go through life building people up, not tearing them down. I sincerely pray for her. I only wish her nothing but the best.”

Presently, Bachelorette Andi Dorfman is single in New York City and hasn’t been romantically liked to anyone since the split. The 29-year-old has been focused on her writing and recently wrote a guest column for The Hollywood Reporter on the unfair double standards of the Bachelor franchise and their fantasy suites.

In May, Andi told People exactly what she’s looking for; a steady, happy, and joyous relationship. She also said that while drama may give you a high, it doesn’t mean you’ll be happy. We can’t say we don’t agree with that notion!