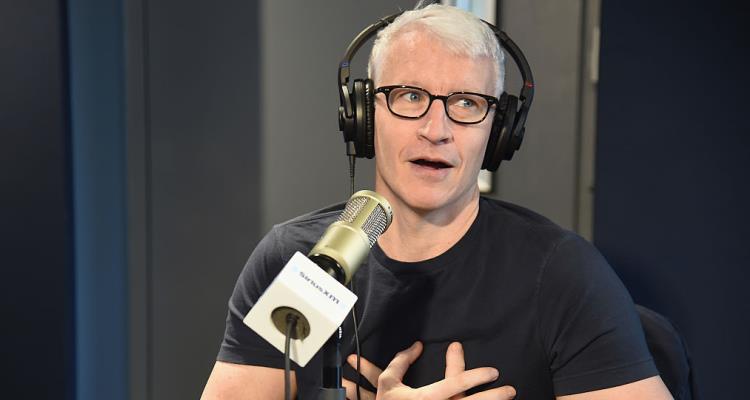 Another one bites the dust! After nine years of being partners-in-crime, CNN’s Anderson Cooper has split from his longtime love, Benjamin Maisani. Now everyone is asking, “Who is Anderson Cooper’s new boyfriend, Dr. Victor Lopez?

There were plenty of eligible men praying for Cooper and his club-owning French boyfriend to break up, but never did anyone think it would actually happen! If you want to learn more about the split, then we have what you need.

There are always rumors about a Hollywood couple heading for a breakup, but It came as a surprise to many that Cooper confirmed his separation.

“Benjamin [45] and I separated as boyfriends some time ago,” Cooper, 50, said in a statement to Daily Mail. “We are still family to each other, and love each other very much. We remain the best of friends, and will continue to share much of our lives together.”

Not surprisingly, the CNN anchor didn’t go into detail about why he and Maisani broke up but according to reports, the exes still live together in Manhattan. They were also seen attending a benefit for the Windward School in New York City on Saturday, March 10. Clearly, they are very much in each other’s lives, just like Coopers said they would be.

Cooper also reportedly stated in the past that his then-boyfriend didn’t like how much he traveled for work.

“I think he’s annoyed that I travel so much but he also knows how much I like it. He’s kind of used to it,” he said of his former partner. “He’s pretty understanding that the job requires travel, and he’s cool with that.”

So, Who Is Dr. Victor Lopez?

Doctors normally don’t make house calls, but Cooper appears to be the exception. In the midst of the breakup news, the journalist and Vanderbilt heir is reportedly dating a man named Dr. Victor Lopez.

What do we know about him? Dr. Victor O. Lopez is a 33-year-old radiologist and is licensed in Dallas, Texas. In 2010, he graduated from University of Texas Health Science Center San Antonio School of Medicine. From 2011-2015, he performed his residency at University of Texas Southwestern Medical Center and he’s certified by the American Board of Radiology.

According to Daily Mail, Cooper has flown out to Dallas at least five times, in order to be with Lopez. They’ve also gone to New Orleans and have been spotted in New York together. Could Lopez have broken up Cooper and Maisani? No one knows for sure and we don’t expect Cooper to elaborate on that, either. After all—it’s Anderson Cooper and he’s a man of class!

Either way, who doesn’t love to say they’re dating a doctor? Gloria Vanderbilt must be so happy for her son!

If you’re looking for private pics of the new gay power couple, then don’t waste your time. Lopez’s account is privately set and he changed it from Victoro360 to victoro001. Could the “360” have been a possible nod to his boyfriend’s show, Anderson Cooper 360?

Cooper is normally quiet on his relationships but we can expect a lot of frequent flyer miles being used for this long distance relationship! Again, this is assuming the two are together, which we will be waiting for confirmation on. (We’re lookin’ at you, Coop.)

Either way, the two seem to be new besties if nothing else and they look adorable spending time together!