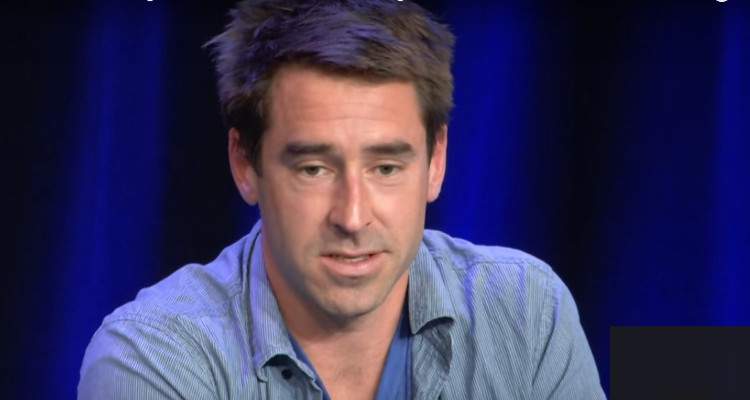 On Thursday, Amy Schumer confirmed that she married Chris Fischer in a surprise ceremony. Fischer is a famous chef and farmer who has a passion for making great dishes. Read on to know more about Amy Schumer’s husband, Chris Fischer.

It sure looks like 2018 is shaping up to be an excellent year for the multi-talented Amy Schumer. There were rumors in early November 2017 that she had a new man in her life.

At the time, Schumer was photographed having dinner in New York City with Chris Fischer, a chef. The rumor was confirmed when Schumer posted a picture of herself and Fischer kissing in a photo booth at Ellen DeGeneres’ star-studded 60th birthday party on Sunday, February 11, 2018.

Schumer captioned the post, “Happy Birthday @theellenshow thank you for having us!”

Yesterday, Amy Schumer dropped a huge bomb on fans saying that she got married to Chris Fischer in a secret ceremony. People were not expecting this given that it has not even been a week since they confirmed their romance. But it looks like Schumer wanted a low-key affair without paparazzi ruining her big day.

Now, fans want to know who this new man in her life. To satisfy your curiosity, we have some details from chef Chris Fischer’s wiki, right here.

Chris Fischer, age 37, proved his worth in the food world as a chef at Babbo, Mario Batali’s high-end eatery in New York City. His family owned the Beetlebung Farm in Chilmark, Massachusetts, since 1961.

A while ago, Fischer moved to Martha’s Vineyard to operate the 5.7-acre piece of land. He then opened a small produce market out of the farm in June 2017 and had aspirations to expand it into a restaurant.

Fischer said at that time, “After years of working for other people, my intuition is, ‘I’m doing this on my own terms.’”

The chef admitted that most of the times he was “dead broke.” But he had decided to save the farm on his terms.

In 2016, Fischer has won the prestigious James Beard Award for his book, The Beetlebung Farm Cookbook: A Year of Cooking on Martha’s Vineyard. And the former first couple of America, Michelle and Barack Obama, consider Fischer’s former restaurant at the Beach Plum Inn their favorite date night spot on Martha’s Vineyard.

Passing on His Skills to Youngsters

Fischer is also passing on his skills and knowledge to young students as a part-time instructor at Boston University’s Food & Wine Program. Apart from serving delicious dishes, Fischer spends his free time fishing and putting his thoughts on paper.

The chef had a connection with Schumer even before they got together, since his sister, Molly Fischer, is Schumer’s personal assistant. The comedian also filmed I Feel Pretty in Boston, close to Fischer’s home in Martha’s Vineyard. Now, there’s a coincidence!

A Healthy and Congenial Farm

People who want to know what Fischer’s farm is like should head over to his Beetlebung Farm Instagram account. It features pictures of cows grazing as well as rabbits, pigs, and sheep.

There are also photos of mouth-watering dishes and fresh vegetables, Fischer with his friends, visitors at the farm, and beautiful flowers.

Sources claim that Schumer and Fischer got married outside a rented home in Malibu, which overlooks the ocean.

A source close to the couple said, “It was a very chill wedding. It was thrown together last minute, most of the guests found out the wedding was happening on Tuesday from a text message sent out by Amy on Sunday. It was like, ‘Hey, this is happening. If you can make it, great. If not, no worries.’ People were in and out all night. It was a gorgeous day. Everyone was having a good time.”

After the surprise affair, Schumer took to Instagram and gave fans a glimpse of her special day.

Amy Schumer and Chris Fischer make an adorable couple. We wish them all the best in their future!