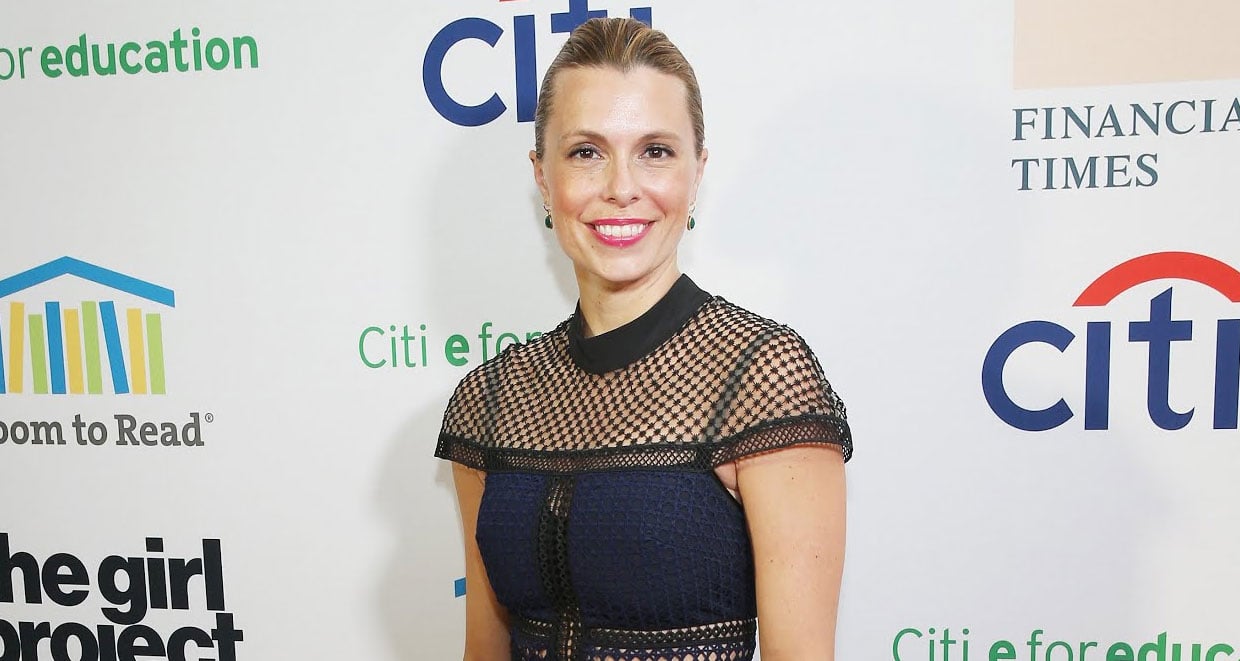 Amy Powell has worked for some of the biggest studios in the world like Sony Pictures, Universal, and Paramount, and was instrumental in bringing many a blockbuster to the big screen. She green-lighted several hit series in her stint at Paramount Television like 13 Reasons Why, Jack Ryan, Manic, and Galaxy Quest. But Powell was recently fired from her post as president of Paramount Television for allegedly making racially-charged comments in a business meeting. She denies the accusations and has hinted that she may take legal action against her firing.

July 19, 2018, was a bad day for Amy Powell and Paramount Pictures. That’s because Powell, who was the president of Paramount Television, was fired from her job after a 14-year run with the studio.

Powell was terminated after complaints from other employees led to an investigation into her remarks, as they were found to be racially-charged in nature.

Now that she’s in the spotlight, people are curious to know more about her. Here are some details from Amy Powell’s wiki.

What Did Amy Powell Say?

Powell allegedly made these remarks in a professional setting when discussing Paramount Television’s adaptation of the 1996 comedy film, The First Wives Club, into a series. It was reportedly during a conference call about the proposed series with producer Karen Rosenfelt and a few others that she supposedly made statements about black women being angry for various reasons.

The group included an African-American woman, who was an assistant to another Paramount TV executive, who later complained to studio leaders about Amy Powell’s comments.

It seems like Powell was irritated by a tweet sent on June 28, 2018, by First Wives showrunner Tracy Oliver, who is an African-American, where she criticized the casting process on the show.

Powell has strongly denied these accusations and is maintaining that she did not make any racially-charged comments.

However, the studio met with other participants involved in the call. After completing an “investigation,” Paramount TV decided that Powell was guilty and fired her.

Powell is believed to be considering taking legal action against her firing and said, “There is no truth to the allegation that I made insensitive comments in a professional setting — or in any setting – The facts will come out, and I will be vindicated.”

Amy Powell, age 42, was a powerhouse in the TV and digital entertainment industry and was highly regarded for her work. That is why her abrupt fall from grace has taken people and the industry by surprise.

With Powell at the helm, Paramount TV had developed several hit TV shows on major platforms like Amazon and Netflix.

Some of these shows include Tom Clancy’s Jack Ryan, Snow Crash, and Galaxy Quest for Amazon, as well as Manic, The Haunting of Hill House, and Netflix’s controversial (and highly successful) hit series about teenagers, 13 Reasons Why.

Some of her other achievements were The Alienist for TNT, Catch-22 for Hulu, and several Hotwives shows.

Most recently, she was working with Hollywood star George Clooney on a show based on Joseph Heller’s iconic book, Catch-22. Clooney will be directing, producing, and acting in this six-episode show. 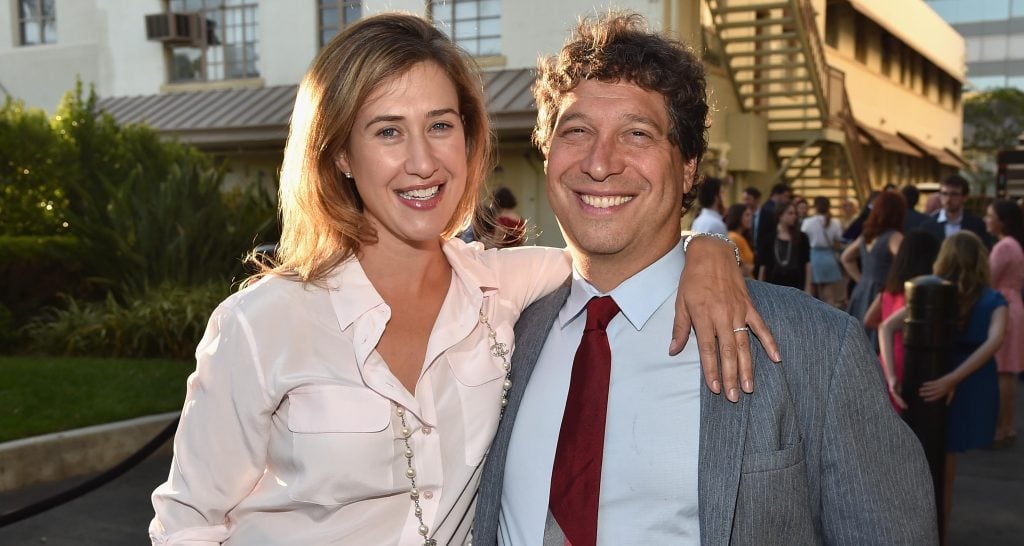 Her Leadership Has Been Inspirational

When she was appointed as the head honcho of Paramount TV, Powell had made her intentions clear and said, “The idea is for Paramount to be a creative studio where talent can come and pitch us any idea for any screen. A director or writer can come to us and have an idea that could be for a digital episodic content, for a prime time series.”

“We’ll create and distribute programming for audiences across every screen — digital, cable, online, traditional broadcast and maybe even microbudget theatrical. We’re an incubator for all of that,” Powell added.

Powell started her career by working as a marketing associate at Sony Pictures Entertainment, where she worked from January 1997 to January 2000.

During her three-year stint there, she was responsible for developing international marketing plans and releasing strategies for all of Sony’s films.

Some of the movies she worked on include The Thirteenth Floor, Blue Streak, Idle Hands, All the Pretty Horses, Crazy in Alabama, Charlie’s Angels, Joan of Arc, and The Patriot.

Powell then spent a year as the manager of Internet Marketing for Vivendi Universal, a division of Universal Studios Home Entertainment. She was responsible for the conceptualization, development, and execution of Internet marketing plans, promotional partnerships, and advertising campaigns.

Some of the projects she worked on include The Grinch, Meet the Parents, The Mummy Returns, Jurassic Park II, and Bring It On.

A Second Stint with Sony Pictures

Powell then went back to Sony Pictures Entertainment, where she was appointed the director of Internet marketing strategy. For three years until January 2004, she was responsible for domestic online marketing strategy and creative execution of all online and new technology content, including advertising, publicity, and promotions.

She worked on several big name projects like Spider-Man, Men in Black, Bad Boys II, S.W.A.T., and Once Upon a Time in Mexico.

The Start of a Fruitful Relationship with Paramount

Powell began her long stint at Paramount Pictures in January 2004 when she joined them as senior vice-president. She was responsible for formulating the vision, positioning, and strategy for all the studio’s digital touch-points.

She worked on projects like Paranormal Activity, Transformers, Cloverfield, Iron Man, G.I. Joe, and Star Trek. Later, she was appointed the president of marketing at Paramount Digital Entertainment and president of Insurge Pictures.

While heading Insurge Pictures, Powell scored big with the Paranormal Activity film franchise, the top-grossing musical documentary Justin Bieber: Never Say Never, the horror hit The Devil Inside, and the biopic Katy Perry: Part of Me.

Powell holds a Bachelor of Arts degree from Emory University, Atlanta, Georgia. She also obtained a Master of Business Administration from UCLA Anderson School of Management.

She Has Been the Recipient of Several Awards

Thanks to all the hard work Powell has put in, she has been bestowed with several awards over the years. Some of them include Clio Key Art Awards, Webby Awards, OMMA Awards, and IAB MIXX Awards.

Powell has been inducted into the 2011 American Advertising Federation Marketing Hall of Fame and named the “Next Generation Executive” by The Hollywood Reporter and a “Media Maven” by Ad Age.

The Reversal of Fortune

Now, Powell finds herself in the terrible position of being fired from the organization she has served so heartily for so many years. On top of that, she has been accused of making racially-insensitive comments.

It’s a big fall from grace for the powerful former executive who, until a few days ago, had the power to greenlight several multi-million-dollar projects in the course of a day. But Powell has vowed to clear her name, so don’t be surprised to find her back in the spotlight again soon!

The ousted Paramount TV chief is married to Doug Chermack, a writer and cofounder of AwkwardFamilyPhotos.com. Amy Powell has two children with Chermack.