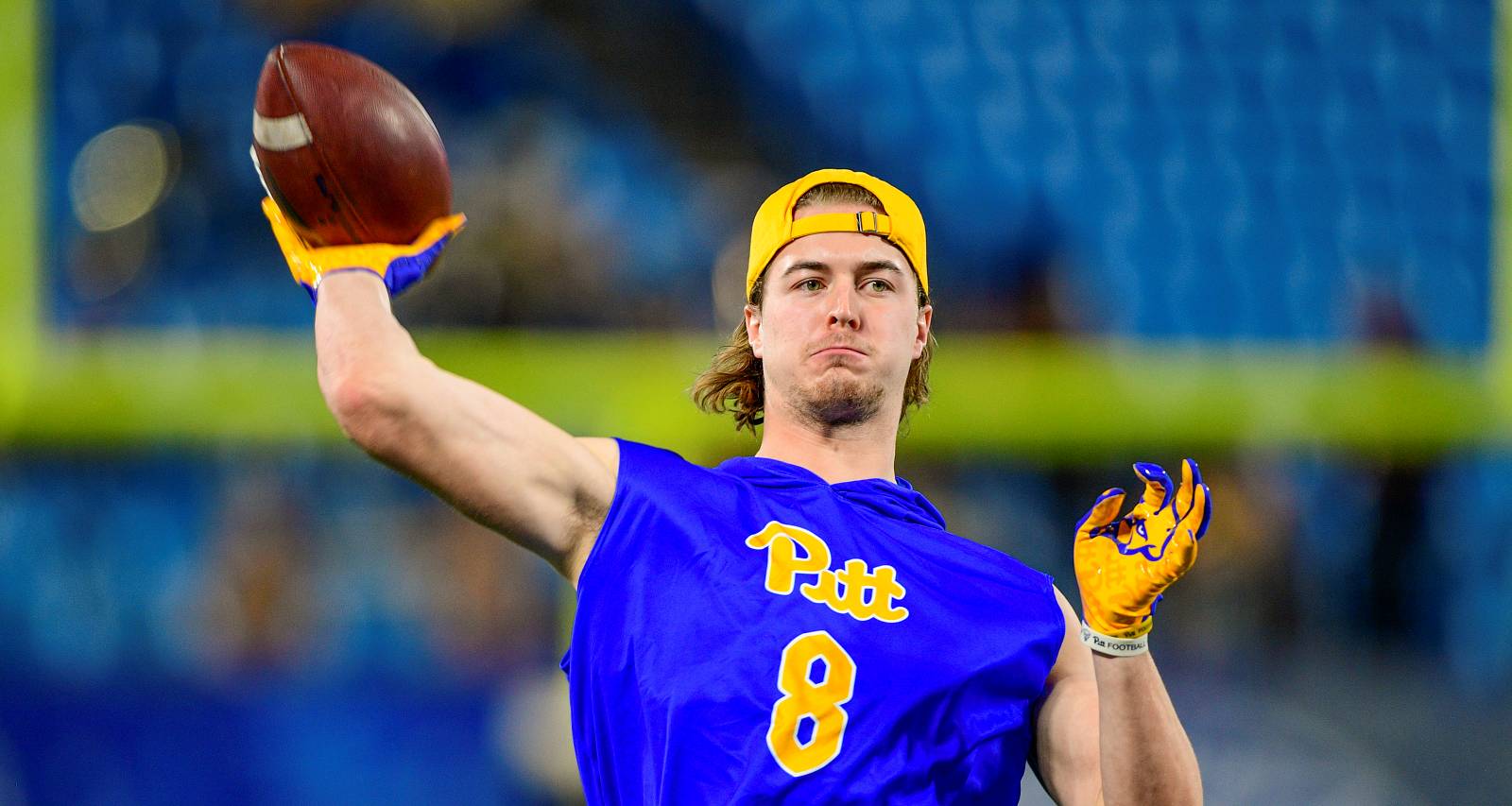 Kenny Pickett, the Pittsburgh Panthers’ star quarterback, had major news about both his personal life and his athletic career. Pickett rose among the nation’s top players in his final year of eligibility, and his future looked promising as he declared for the 2022 NFL Draft. That will be months from now, though. The current big news is that Kenny Pickett is engaged! Kenny Pickett’s girlfriend-turned-fiancée, Amy Paternoster, is well aware of the demands of an athletic life. She will be by his side during the draft picks and as he potentially embarks on an NFL career. Her background is equally impressive, and she’s sure to be an attention-grabbing WAG. Find out who Kenny Pickett’s wife-to-be is in Amy Paternoster’s wiki.

Born Amelia Paternoster on February 14, 2000, she is named after her grandmother and goes by Amy. She is the daughter of James and Barbara Paternoster.

The family is based in New Jersey where Amy grew up in Wall Township. Her parents worked in sales for local companies.

The Wall Township High School alum is a standout soccer athlete. She balanced her athletic life with academics, including her memberships in the National Honor Society and World Language Society.

Paternoster earned her high school diploma in health services from the Academy of Allied Health and Science in 2018. She enrolled at Princeton where she is pursuing a BA in economics and is part of the varsity soccer team.

She is expected to graduate this year with an already accomplished resume. She studied at the London School of Economics and Political Science in 2019 and did Financial Edge Training in 2021. She also did an accounting internship at Monmouth County Department of Finance and had internships at Bank of America and Ardian.

Paternoster has been a financial analyst for Princeton’s student-run investment group, Tiger Capital Management, since 2018. She also had a stint as an analyst at Goldman Sachs during the summer of 2020.

Amy had been a soccer coach when she was still in high school. She was later a camp counselor at the Princeton Soccer Camp, a supervisor for Princeton’s Intramural Sports, and was selected to Citi’s athlete mentorship program.

Kenny Pickett hails from Monmouth County, New Jersey, and played college football for the University of Pittsburgh. He has been dating Amy Paternoster at least since 2021, and made their relationship social media official in April 2021.

The quarterback emerged as one of the top prospects in the country during his final year of eligibility. Besides declaring his intentions to enter the 2022 NFL Draft, he has other good news in his personal life.

Pickett proposed to Paternoster this month. He announced their engagement on Instagram on January 23.