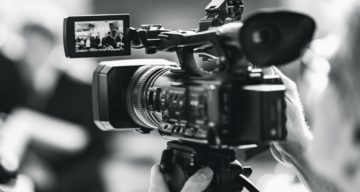 Amy Hollyfield graduated from Texas Tech University in 1995 with a Bachelor’s degree in Broadcast Journalism. Details about her early career are unknown. We do know that she has anchored the morning broadcasts on ABC7 in San Francisco since 2002.

On June 7, Hollyfield tweeted it was her last day on air at ABC7. However, there was no direct statement from Amy Hollyfield or KGO-TV before that.

Her colleagues like Lyanne Melendez also shared social media posts confirming Hollyfield’s departure from the TV station. She reportedly had a cupcake party on her last day at the station.

⁦@reggieaqui⁩ A coincidence that this came on as I drove in to my last day at ABC7? I think not. 🎆❤️ pic.twitter.com/RYW0GvSp8J

The announcement surprised ABC7 viewers. They naturally wanted to know where is Amy Hollyfield going.

Neither Hollyfield, KGO-TV, nor her colleagues have shared details about her departure. There’s no confirmation if Hollyfield is moving on to another job, if she will remain in San Francisco, or if she is stepping away from broadcasting altogether.

While ABC7 viewers don’t want to get used to starting their mornings without Amy Hollyfield, they wish her well. They hope she will provide an update soon about her next move.