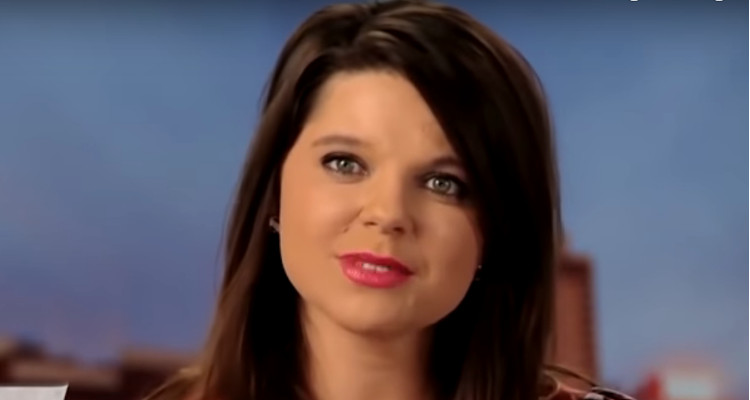 Who is Amy Duggar? Well, you might remember her as the bubbly cousin of the famous 19 Duggar siblings from the hit TLC show, 19 Kids and Counting. Recently, she’s made headlines by publicly questioning the religion that helped spawn the reality show of her cousins, and offering to take in and adopt all of the Turpin children.

She and her husband, Dillon King seem to be completely sincere in their desire to help out the children but weirdly, Amy Duggar taking in the “house of horrors” children put her into a very similar situation as her famous cousins. To know more about the reality star and country singer, read our Amy Duggar wiki.

Amy Duggar was born September 30, 1986, which places Amy Duggar’s age at 31. She is the daughter of Deanna Duggar and Terry Jordan, and is a country singer by profession. Her husband is Dillon King and the two have been married for almost two years now.

The 31-year-old reality star is best known for her appearance on the hit TLC show, 19 Kids and Counting. In 2015, Duggar revealed that she was born out of a wedlock. Though not uncommon, it came as a bit of controversy to the Duggar family, as they have strict rules about not even hugging before getting married!

The Secretly Strict Life of the Duggers

Duggar has spoken about how her father would hit her and allegedly even tried to run her down with a car! As such, Amy Duggar has chosen not to follow the strict religious rules that her cousin’s family follows.

The country singer was featured on the 19 Kids and Counting special “A Duggar Leaves Home,” where she moves out to pursue her passion for music. She goes to Tennessee to build her career in the entertainment industry, and she certainly has the vocal ability. She even gave a preview of her singing talent with the hymn “Amazing Grace” in the closing credits of the episode of her grandfather’s funeral.

Amy Duggar married her boyfriend, Dillion King in 2015. Amy Duggar and Dillon King got up close and personal with fans on TLC’s Amy & Dillon: Married One Year on Monday night (June 19). The married couple gave viewers more than just a glimpse into their personal life and how things are going for the two of them.

In an interview with US Weekly, Duggar said, “Our love isn’t perfect, but it’s real! We don’t try to be anything we are not. We hope to make people laugh and get a sense for who we are as a couple.”

The one-hour special showed the “two best friends in love doing life together,” as they celebrated Amy’s 30th birthday. Other segments of the show included renovating their home and taking a trip to Mexico while celebrating their one-year anniversary.

She explained that they wanted to be adventurous during their trip. “We wanted to really live life to the fullest. So we went zip lining, explored the cenotes, cooked for ourselves, and rented a house in Tulum,” she said.

Duggar and King are quite candid about their married life. “Our first year had its ups and downs,” said Duggar. “There were a lot of changes that took place around us. My parents divorced and that really has been a very hard adjustment. We also were friends for so long we really had to learn how to respect each other as life partners.”

On WE TV’s Marriage Boot Camp: Reality Stars, the couple shared their marital troubles to the world. Dillon King told Fox News that their time on the show wasn’t a pursuit for fame. However, on one episode, King accused Duggar of being “overdramatic,” to which she replied, “When you treat me like a child, I feel like I’m being raped by an older man!”

Wow! Those choice words set many fans wondering what goes on between these two, behind closed doors. However, reports now say the couple are working towards a better-married life, and we hope that they make it!

As revealed by the couple, a major problem in their relationship is communication. As Amy Duggar’s Instagram is filled with lovely pictures of the couple, it looks like the two are working through their personal struggles and trying to make their marriage work.

Parenthood and Adopting the Turpins

This past Easter, there were rumors of Amy Duggar being pregnant. In what could have been a harmless picture of the reality star in a floral dress, people were quick to spark theories that Duggar was trying to conceal a baby bump!

Amy Duggar and Dillon King have revealed on their podcast that they are not currently expecting, but do have a plan set out. “Amy and I are pretty set on the two or three number. We’re not looking for double digits, that’s for sure!”

This was said before the news of the Turpin family broke.

It was just this past January 14 when it was discovered that David and Louise Turpin had basically imprisoned their 13 children and tortured them at their home for years. The couple was charged with twelve counts of torture, twelve counts of false imprisonment, seven counts of abuse on a dependent adult, and six counts of child abuse. The question now remains; what happens to these children.

Having grown up in an abusive household, Duggar instantly felt for the Turpin children and their situation. Duggar tweeted:

“I would love to show them true love and have a beautiful life and provide a secure and stable home for them.”

While Duggar acknowledged it would be hard to bring in that many people at once, especially financially, she feels that she and Dillon can give the family a stable home.

Duggar was also realistic about her chances. “I know there is no shortage of people who want to help these kids. I hope they will be given to a good home, with proper care and support where they can reach their full potential.”

Can Amy Duggar Even Afford to Take On That Much Responsibility?

Given that Amy Duggar’s net worth is reported at approximately $200,000, taking care of that many people, may be a tall order, especially when you consider that a number of them are adults, the oldest being just two years younger than Duggar herself.

Currently, despite the children asking to stay together and numerous offers from many families to take in all 13 kids, the plan for the Turpin children is to split them up. The six oldest children, a number of whom have issues due to lack of schooling and nutrition, will be placed in an adult assisted-living facility. The other remaining children will be split between two or more foster homes.

Ironically, Louise Turpin allegedly told relatives at one point that she hoped to have a 14th child and use the children to score their own reality television series, much like 19 Kids and Counting.