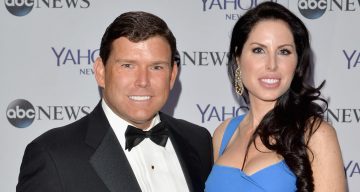 Bret Baier is one of the most recognizable faces on Fox News Channel. But how does a celebrated news anchor like Baier live when he’s not in the studio? Married to Amy Baier, Bret and his one-time media planner wife are known in Washington, D.C.’s social circles for their charity. Bret and Amy Baier experienced harrowing times as parents that have made them champions for a cause close to their hearts. Our Amy Baier wiki turns the spotlight on the woman behind Bret Baier.

Born Amy Hills on May 7, 1978, she is 40 years old. She is the only girl among four children born to Paul and Barbara Hills. The family hails from Chicago, Illinois and her parents still reside in her childhood home.

Happy birthday to my beautiful wife – Amy. @AmyBaier1 I am one lucky guy! pic.twitter.com/azo3N8Z1gQ

Amy attended Southern Methodist University in Dallas, Texas but returned to Chicago to work. She used to work as a media planner for Calvin Klein in New York City, but had moved back to Chicago before she met Baier.

She initially hoped they could move to Chicago and stay close to her family. However, Baier, who was Chief White House Correspondent at Fox News before he succeeded Brit Hume as anchor, couldn’t consider leaving behind his job in the nation’s capital. Eventually, Amy adapted to the D.C. lifestyle.

Her father Paul Hills co-founded Sage Products, a healthcare medical device company based in Illinois. He and his wife settled their family in Barrington, Illinois in 1985. They were and still remain active in giving back to their community, a trait they also passed on to their children.

Healthcare is the primary cause the elder Hills support. They helm the Look Forward campaign and support the local Good Shepherd Hospital’s voluntary services.

She Met Baier on a Blind Date

Baier and Hills married in 2004 and have been together for almost two decades. They met shortly after the 9/11 attacks in 2001, when their friend set them up on a blind date.

Amy wasn’t all that keen at first. She had moved back to Chicago and brought a condo, intending to live there for a long time. She didn’t want to meet a national reporter living on the east coast.

But, with her friend’s nudging, Amy decided to meet Baier. “I’m not sure why they thought it would work, but they had a good feeling it would. They did warn me, though, to buckle up—that a life with Bret Baier would be an interesting ride,” Amy recalled.

Their first date was a Rolling Stones concert and Baier was a real gentleman. She was charmed and they hit it off from there.

They had a long-distance relationship for a while, commuting between Chicago and Washington. A week before they married, she settled in D.C. and has been living there for more than a decade.

Also Read: Some of the Interesting Facts About Mor Shapiro’s Wife

Their Son Has Congenital Heart Disease

Amy and Bret Baier are parents to two boys, 11-year-old Paul and eight-year-old Daniel. Paul was born on June 29, 2007 and seemed perfectly healthy when he was a few hours old.

However, an echocardiogram later revealed that Paul suffered from five congenital heart defects. He had an eight-hour-long open heart surgery when he was 12 days old that saved his life.

He had another surgery when he was 10 months old, a third surgery in 2013, and numerous angioplasties. As Paul grows older, he’ll undergo more procedures for his heart.

Nonetheless, he’s a healthy and active child who enjoys sports. His brother, Daniel, was born on July 10, 2010. He had some breathing issues when he was born, much to his parents’ panic. But an immediate echocardiogram revealed Daniel Baier was healthy. He plays hockey, lacrosse, and basketball.

Since going through their experience with Paul, Amy and Bret Baier have been doing everything they can to promote awareness about congenital heart disease. While Baier chronicled their difficult days in the New York Times bestseller, Special Heart: A Journey of Faith, Hope, Courage and Love, Amy works with and is on the board of the Children’s National Medical Center, the organization that saved Paul’s life.

She organizes balls and galas to raise funds for the center. In 2014, she raised $11.0 million for the cause.

Their Home Was Inspired by Ralph Lauren

In 2013, the Baiers listed their custom-built home in D.C.’s Berkley neighborhood for $3.5 million. The house gained notoriety for being entirely furnished by Ralph Lauren Home.

Amy spruced up the home with Ralph Lauren-inspired decor that included navy blue or striped walls, textured fabrics like plaid and tweed, and chandeliers. “Every time I walked into a Ralph Lauren store, I just loved the look. I wanted to replicate it for our home,” Amy said.

The Baier family now reside in a Georgetown condo that has been featured in various publications for its aesthetic blend of modern and traditional.

Also Read: Everything You Need to Know About Heather Nauert’s Husband