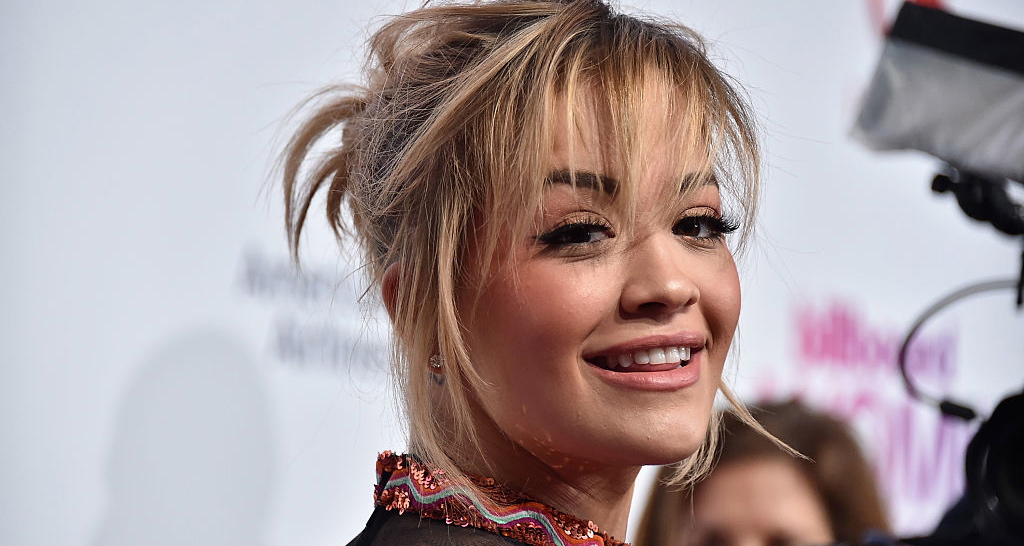 This season, 25-year-old British singer/actress Rita Ora will be taking Tyra Banks’ place as the show’s host. But save those tears, because Banks will be making a few cameos, including one on tonight’s premiere! Ashley Graham, Drew Elliot, and Law Roach will join Ora as judges on the show. And instead of “Tyra Mail,” the girls will now be receiving “Rita Oracles.” How cute!

This season (cycle 23) of America’s Next Top Model (ANTM) will air on Monday December 12 at 10:00 p.m. EST, on VH1. Recently, the hit TV show moved from the CW network to VH1, putting all those cancellation fears to rest.

How to Live Stream

Fans of the hit modeling show can live stream by visiting the official VH1 web site, but you will need to sign in using your cable or satellite provider.

Binta, 25, is from Seattle, Washington and attended Western Washington University. Her favorite TV show is The 100. She speaks English, Madinka, and Wollof and she is also described as an activist.

Cherish, 25, is from Los Angeles, California and attended Santa Monica High School. When she’s not bungee jumping off bridges in South Korea, she’s deciding between her favorite TV shows: Law & Order: SVU and The Office. She also refers to herself in the third person—that should be interesting!

Cody, 27, is from San Jose and attended San Jose City College, where she majored in social science. She is a server at a Jamaican restaurant and her favorite show is Orange Is the New Black. (We like her already!)

Cory Anne, 19, is from Bali, Indonesia and she attended the University of California, Los Angeles, where she studied world arts and cultures. Her favorite show is Family Guy and she speaks fluent English, Italian, and Indonesian, and she understands French!

Courtney, 25, is from San Francisco, California and attended Aragon High School. Her favorite show is Workaholics and she enjoys spray painting and collaging in her spare time.

Giah, 21, is from Bryan-College Station, Texas and she attended Bryan High School. Her favorite TV show is As Told By Ginger, and she is a server and a gymnastics coach.

India, 21, is from Seattle, Washington and attended Newport High School. Her favorite TV show is Friends and she works in marketing and promotions for a radio station in Seattle.

Justine, 18, is from Panorama City, California and attended Mission Community College. Her favorite show is Bob’s Burgers (we have a winner—just kidding—but we love that she has a sense of humor!) and she speaks English, Spanish and understands phrases in Korean and Japanese.

Krislian, 26, is form Los Angeles, California and she attended the International Academy of Design and Technology, where she studied fashion design. When she’s not practicing her walk, she’s watching American Horror Story. She speaks fluent Spanish, and worked at Hooter’s, but now works as a server at a nightclub.

Kyle, 23, is from New York, New York and she attended Rollins College. She graduated with a bachelor’s degree in English, with a concentration in poetry. Her favorite show of all time is Girls and she is a bartender.

Marissa, 19, is from Houston, Texas and attended Klein Oak High School. She is Irish, African American and Native American and her favorite TV show is Family Guy.

Paige, 22, is from Birmingham, Michigan and is a senior at Loyola Marymount, where she majors in theater arts. Her favorite TV show is Pretty Little Liars and she enjoys corn dogs.

Tash, 27, is from San Jose, California and she attended San Jose City College, where she majored in sociology. Her favorite show is Chopped and she is a server at the Woodland restaurant.

Tatiana, 22, is from Queens, New York and she attended the Fashion Institute of Technology, where she became a licensed esthetician. Her favorite show is Orange Is the New Black and she has her own skin care line called “Skin Buttr.”