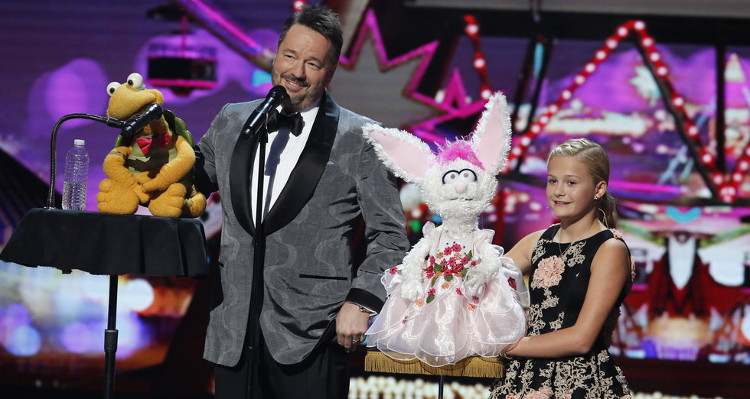 The largest vote count in the history of America’s Got Talent indeed proved that Darci Lynne Farmer deserved to win, thanks to her million-dollar acts. Darci Lynne Farmer, the 12-year-old wunderkind who took singing and ventriloquism to a whole new level is America’s favorite artist of 2017. Find out all about her crowning moment right here.

The finale kicked off with each of the Top 10 finalists giving a taste of why they were voted by America. Kelly Clarkson performed the very appropriate “What Doesn’t Kill You” with Angelica Hale and Kechi Okwuchi before Clarkson performed her newest song, “Love so Soft.”

Diavolo and Light Balance showed us what they have as the only dance crews remaining in the contest. To take it up a notch, the World of Dance judge, Derek Hough popped out of one Light Balance’s light up suits. We basically live for this collaboration!

Hearing-impaired Oscar-winning actress, Marlee Martin introduced the talented deaf singer, Mandy Harvey. She collaborated with Shania Twain to sing “You’re Still the One” before Twain sang her latest song “Life’s About to Get Good.”

Stand-up comedian and a legend among ventriloquists, Jeff Dunham, gave some advice to Darci Lynne Farmer before she took the stage. Bringing our favorite puppet, miss diva bunny, Petunia, Darci was joined by her mentor, Terry Fator who won the AGT season 2. They performed a duet with “Anything You Can Do I Can Do Better” for Farmer’s final act in AGT.

Both Howie Mandel and Jerry Seinfeld became cheerleaders for Preacher Lawson, the only stand-up act in the finals. Lawson got his moment in the spotlight performing at the renowned Laugh Factory.

James Arthur first joined the young Evie Clair to sing one of her original compositions, before Chase Goehring joined Arthur to perform the singer’s latest single, “So You Won’t Let Go.”

Tyra Banks announced who are the Top 5 finalists and we have Mandy Harvey, Sara & Hero, Light Balance, Darci Lynne, and Angelica Hale. One of them would be crowned the million dollar act.

Tyra Banks got right down to business announcing the runners-up. Sara and Hero finished fifth, disappointing but they are the most novel act to make it this far. In the fourth place, to our shock, Mandy Harvey! It’s okay; we’re sure she’ll be releasing an album soon.

In the third place, we have Light Balance. The Ukrainian artists thanked America for bringing them this far, and we’re sure this won’t be the last we see of them. Heck! Las Vegas is definitely knocking on their door right now.

It comes down between two of the youngest contenders standing in the competition. Nine-year-old Angelica Hale with the larger than life voice, or witty and humorous singing-ventriloquist, Darci Lynne Farmer. With a record 52 million votes, a first in all 12 seasons of AGT, Darci Lynne Farmer became the winner of America’s Got Talent 2017. She is now $1 million rich and has a headlining show in Las Vegas.

Congratulations to Darci Lynne Famer and we hope to see her perform at many shows in the future.