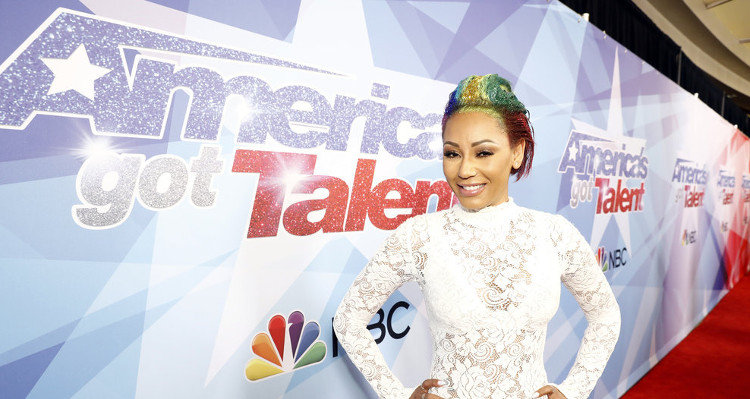 America’s Got Talent season 12 is at the last stage of the competition. The Top 10 finalists performed last night (September 19) in hopes of winning America’s votes. One of them will be crowned the winner of America’s Got Talent 2017. Every act brought their A game to the stage, making it harder for America to make a decision!

Who impressed with their performance and made themselves a strong contender to win? The votes could go any way. We’ve got some predictions for the America’s Got Talent finals.

Pulling Out All the Stops

Last night, the Top 10 acts had their final chance to impress America, and it had to be nothing but the best.

Nine-year-old Angelica Hale was the opening act of the night. She gave an amazing performance with “Symphony,” a song by Clean Bandit featuring Zara Larsson, and deserved the standing ovation she received. She’s made it this far with difficult song choices we don’t expect from a nine-year-old.

After Grace VanderWaal, AGT might be looking at another child artist to win the competition. But some on social media believe Angelica’s age gives her an edge over adult performers, who they believe are more deserving of the win.

The competition is a tough one this season as proven by the following act, Chase Goehring. The singer-rapper-guitarist conveyed a deep message about accepting your flaws through his original song, “Mirror.” Heidi Klum said that the audience relates to his lyrics and he also has the potential to be the next Ed Sheeran! Although not many are confident that Goehring will win AGT, he’s going to have a slew of labels wanting to sign him. We’re counting on DJ Khaled to collaborate with this talented artist right away!

Sara and Hero took the stage with a sci-fi-themed routine. A few mistakes were made, but Sara overcame them with her choreography. Although a finale act is expected to be flawless, Sara and Hero were extremely charming. They could be the most unique act to win AGT, but we’ll see how they compare to others.

Just when you think Diavolo couldn’t get any better, they come up with mindblowing new props and even more spectacular choreography. They have all the makings of a Vegas performance and could very well win the headlining show. But it’s hard to tell when they had a close shave last week.

Evie Clair performed for the first time since her father passed away and dedicated her rendition of “What a Wonderful World” by Louis Armstrong to him. The heartrending performance was amplified with nothing but a piano and you could hear a pin drop in the audience throughout her performance. Fans were moved and overcome with emotion. Evie has raw talent, but it’s hard to predict with so many singers in the Top 10.

AGT went from tears to laughter when Preacher Lawson, the last comic standing, arrived on stage. He narrated an encounter with a naked homeless man with his trademark high-energy wit. He may not have the most well-written material, but he’s a one-man slapstick show! He dragged on a bit too long on one joke, but made up for it when he hilariously explained why it’s his favorite gimmick! He may not be as strong as some of the other contenders, but it’s a big deal for an act to make it this far on just comedic jokes alone, with no razzle-dazzle, costumes, or props.

Kechi Okwuchi is the most inspiring performer in the competition. She appropriately sang “Conqueror” from the show, Empire. America is able to look past her emotional backstory and notice that she’s talented beyond comparison. While she could win the $1.0 million, we would love to see Kechi get her own record deal and album after AGT!

Another young artist, Darci Lynne Farmer, is also strong contender to win. She has humor and she’s taken singing and ventriloquism to another level. Did we mention she’s only 12! Simon Cowell believes she could win the whole thing and we think so too. Like Angelica, some opine that America leans towards child artists more. But that doesn’t take away from Darci’s winning qualities!

Everyone was waiting for Mandy Harvey to hit the stage, and when she arrived, she owned it! The hearing-impaired singer sang an original composition and she’s been rightfully compared to Adele and Taylor Swift. Simon pointed out that this 29-year-old has never been able to hear artists like Adele or Ed Sheeran, and yet she is incredibly current. If the AGT win goes to a singer, we’d love for it to be Harvey!

Ukrainian light and dance act, Light Balance, closed out the show with the most electrifying performance we’ve ever seen! As if celebrating their journey, they brought out some of their old costumes and took the entire performance to another level. This is one act we can never get tired of! Diavolo is their biggest rival right now, but we feel that Light Balance has a greater chance of winning.

Who Will Win AGT?

It’s a difficult choice, and any of these amazing acts deserve the million dollars. Mandy Harvey and Kechi Okwuchi are the strongest singers in the competition going head-to-head.

On the other hand, Darci Lynne and her unique singing talent is a fan-favorite to win. Although she attracts the votes, we can’t estimate how she compares to the other acts. It would be nice if Chase and Evie won the million dollar record deal more than the win, so we can listen to them on Spotify on a loop!

But some say that social media is a little bored of seeing so many singers win AGT. That being said, we don’t see Sara and Hero or Preacher Lawson winning, even though it would be incredible for such unique acts to win this competition for once.

That brings us to Light Balance and Diavolo. Diavolo has been a polarizing choice since the judges voted for them over Colin Cloud. Light Balance has wowed the crowd since the minute they entered the competition, and each week they seem to get even more creative with their original routines! However, Diavolo has a passion like no other and they have brought a uniqueness to the stage like AGT has never seen before. It could be a toss up between these two, in our opinion!

These are our predictions for the winner of AGT season 12. Find out who America voted as the winner in the America’s Got Talent live finale on Wednesday (September 20) at 8:00 p.m. EST on NBC.