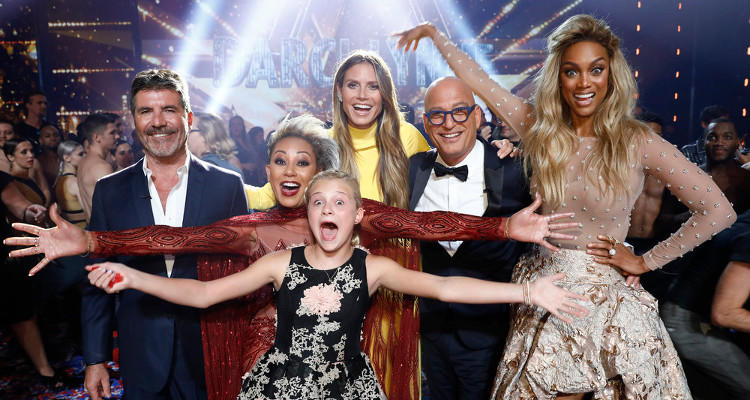 Darci Lynne Farmer gave one great performance after another to win America’s Got Talent season 12. She has the amazing ability to throw her voice, deftly handle puppets, and sing in different tones, making her an amazing act to watch. She also has her own YouTube channel where you can watch her non-AGT performances!

Darci Lynne Farmer is simply unbelievable. Not only can she throw her voice and make her puppets sound lifelike, she is a fantastic singer, as well. She also has a wicked sense of humor that is fresh and effective, adding even more personality to her act. Like when her puppet Edna Doorknocker had a crush on Simon Cowell, and Oscar the mouse fell in love with Mel B, while singing “Who’s Loving You” by The Jackson 5. There were so many talented performers on America’s Got Talent season 12, but Farmer’s AGT performances had an extra something that gave her an edge. So, it was not much of a surprise when Darci Lynne Farmer was declared the winner of America’s Got Talent season 12 on Wednesday, September 20, 2017, in front of an appreciative live audience and, of course, millions of viewers watching on TV.

Turning Shyness Inside Out

Darci Lynne Farmer’s first performance was enough to impress the judges and the audience. Everybody immediately fell in love with the quick-witted 12-year-old as she walked across the stage with her puppet Petunia, and introduced herself. She told the judges that she wanted to revive the fading art of ventriloquism, and her audition was so good that she got a standing ovation from all four judges! Mel B. was so impressed that she pressed the golden buzzer, sending Farmer straight to the live shows. Farmer’s talent grew after being a shy girl who only came out of her shell in pageants. On stage with her puppets, she performs with the confidence and ability of a veteran ventriloquist. She credits her puppets with the confidence she gets to perform.

Darci Lynne Farmer’s YouTube channel further showcases the immense talent of this gifted 12-year-old. It has her performances with her puppets at various venues like the Cinderella International Pageant, and an Oklahoma stage show. Farmer’s channel has more than 31k subscribers right now, and millions of people have watched her YouTube videos.

Doing It All by Herself

Just when the judges and audience were wondering how Farmer could top her previous performances and deliver a knockout in the AGT finals, she upped her game. She walked out with two of her favorite puppets, Oscar and Petunia, and took the stage a bit nervously. After some light-hearted banter between her and the puppets, all three of them plunged into a fantastic version of the Beatles all-time classic, “With a Little Help from My Friends.” All three voices were distinctive, and it was tough to believe that a single little girl was behind this incredible act. Not surprisingly, America voted for this prodigy as the season 12 America’s Got Talent winner. Something tells us that we will be hearing a lot more of this young, talented lady soon!