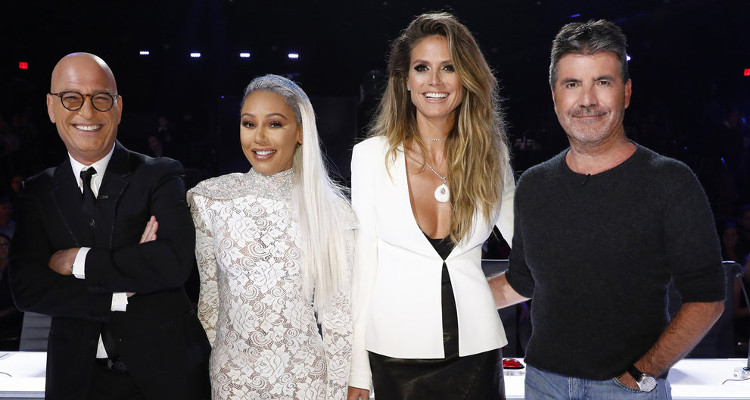 The remaining acts performed in the semifinals of America’s Got Talent live shows last night (September 12). But only five acts out of those who performed last night will make it through to the final top 10.

It’s a nail-biting time for the current crop of performers as the results will be declared on tonight’s episode. Read on for the recap of the second night of the America’s Got Talent semifinals to know more about the spectacular talent fighting for your votes!

After singer and rapper Chase Goehring, singing ventriloquist Darci Lynne Farmer, soulful singer Evie Clair, comedian Preacher Lawson, and adorable dog dance performers Sara and Hero made it to the finals, the remaining acts competed to join them in the final 10. Judges Simon Cowell, Heidi Klum, Mel B, and Howie Mandel were fawning over many of the acts last night. Even Tyra Banks couldn’t get enough!

Celine Tam was up first, and she sang Moana’s Oscar-nominated hit, “How Far I’ll Go.” Cowell and the rest of the crowd loved it, but Mel B felt the song wasn’t the right choice.

Next, we saw the surreal mentalist, Colin Cloud. He not only involved the judges and the entire audience of Radio City Music Hall in his act, but also thousands on Twitter! He was earlier criticized for too much complexity. But this time, he had complexity with entertainment, and the judges loved it. Mandel is hoping to enlist his help in winning the lottery.

The 17-year-old Christian Guardino showed his raw talent with Marvin Gaye’s “What’s Going On,” which had the judges and audience on their feet. Mel B became his biggest fan, and Howie Mandel loved reminding everyone Guardino is his Golden Buzzer. We owe you one, Howie!

The singers of Air Force Academy a cappella group, In The Stairwell followed Guardino and they did their version of Ed Sheeran’s “Castle on the Hill.” They are all members of the U.S. Air Force and dedicated their performance to the victims of 9/11, the armed forces, and their families. Their performance was lively, and moving enough for Mel B to wipe away a tear!

It was clear by this point that if you want to get ahead in this competition, you have to kick things up a notch! So, 11-year-old Merrick Hanna took this quite seriously when he did a mid-air robot routine. The crowd loved his dance to “iRobot,” and we like Tyra Bank’s catchy nickname for him—“Robot Boy” is here to stay!

In the second half, Mandy Harvey, the hearing-impaired singer everyone was looking forward to, took to the stage with her original composition, “Release Me.” Perhaps the biggest compliment came from Mr. Cowell, who compared her performance to the first time he heard Adele sing. Special mention to the crowd in Radio City Music Hall who made the sign language gesture for applause.

The cutest performers of the night had to be the Pompeyo Family Dogs, who came back as a wild card after being voted off the show. They had a winter theme going on to Katy Perry’s “Hot n’ Cold,” and the little pups were all dressed in penguin costumes. The dogs matched Mel B’s Ice Queen outfit, which was probably why a few of the dogs broke from the routine and ran towards the judges. They, however, got mixed reactions from the judges and lot of comparisons to Sara and Hero.

The acrobatic group Diavolo was up next, with a death-defying, heart-stopping, million-dollar act! Even the judges were left speechless after their flawless performances to Harry Styles’ “Sign of the Times.” We’d kill to see them perform in the finals!

The inspiring songstress, Kechi took the stage next and moved everyone with “Don’t Worry About Me” by Frances, which she started in a cappella. The judges seemed choked while talking about her performance. And we agree with Cowell; it was her best performance on the show so far.

She was followed by Light Balance, who were hoping they didn’t suffer another technical snafu like the last time! But Tyra’s Golden Buzzer pick made a comeback like no other, and Mel B spoke for all of us when she said she doesn’t want it to stop. Just a reminder, these guys are performing live!

Turn out the lights and let @light_balance leave you speechless. #AGT pic.twitter.com/8algZWL9Kn

Angelica Hale ended the night’s live show with her rendition of “Without You” by David Guetta featuring Usher that could rival Kechi. The singers have made it tough for each other tonight, but this time, the judges felt underwhelmed, particularly with her song choice. Still, we can’t deny she’s got one hell of a voice for a 10-year-old!

It’s time to vote and only five acts from tonight will join the other five in the America’s Got Talent finals. The voting results will be revealed on tonight (Wednesday, September 13) at 8:00 p.m. EST on NBC!