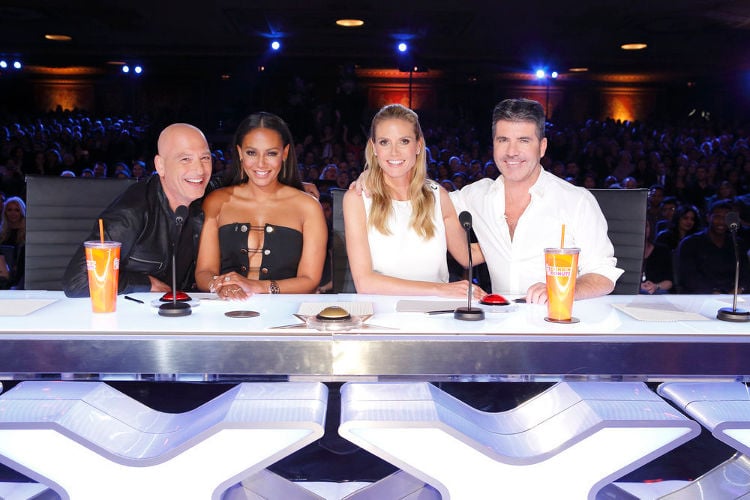 There are seven AGT 2016 contestants that have advanced to the semi-finals. We will tell you who they are? Linkin’ Bridge made it through narrowly by beating Ronee Martin. They are a group of friends from Louisville, Kentucky who are hoping to sing their way out of the projects area they live in. They all have day jobs and are close like brothers. Linkin’ Bridge is chasing their dream to get away from the darkness and negativity that permeates their town. Their soulful cover version of Willie Nelson’s “Always On My Mind” got a thumbs up from the judges and the audience.

Malevo, the all male dance group danced their way into the judges hearts. The whole group has perfect cohesion and their routine brought the audience to their feet. They were the winners of the Dunkin’ Save by America tonight. The magician Blake Vogt thrilled his audience once again. Judge Simon Cowell singled out Vogt for praise and said that he had really evolved as a performer through the course of the show. He appreciated the fact that Vogt was getting over his perennial shyness.

Another act that got through was the Edgar Band. Though they started out singing Gospel and Christian music, they are more mainstream now. Their personal harrowing experience of being rejected by the church community set them back but this could be their breakout moment. Brian Justin Crum also made it to the semi-finals of AGT. Crum puts his emotions into every performance and is one of the favorites of the judges. He hopes to inspire the LGBT community to be proud and be themselves. The judges told him he was one of the true contenders for the top spot.

Another contender that America is dying to see again is 12 year old singing sensation Grace VanderWaal. People have already labeled her the ‘next Taylor Swift’ and this is a heavy mantle to carry. However VanderWaal is an original artist who will be herself and that’s what the judges too are waiting for. Keep your eye on this performer.

The most adorable act was the brother-sister duo with the magic act. Earlier Kadan had cut his little sister into half but thankfully brought her back whole. They have brought innocence and charm to the show. Though Kadan is already an experienced performer, his sister Brooklyn who serves as his assistant gave a great performance as well. They too are into the semi-finals after getting an okay from the judges.

The Going gets Tougher

These seven performers made it through the America’s Got Talent judges cuts tonight. They all face a tough semi-finals where they will have to raise their level of performance. The judges and the audience will be ruthless with their votes. Right now it’s impossible to predict who will get the top spot. What we are assured of however is that AGT 2016 is living up to everybody’s expectations. Let’s wait and watch what happens now!