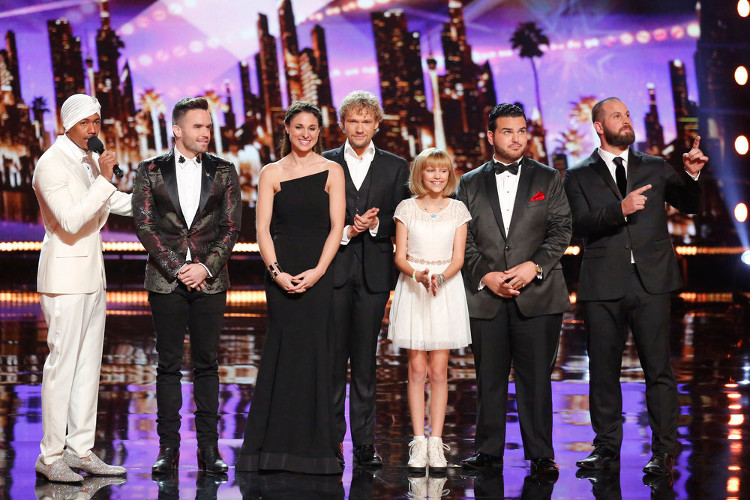 Well, the cat’s finally out of the bag! After months of speculations and amazing performances, American voters have made their choice. No, we’re not talking about the 2016 U.S. presidential race, but the America’s Got Talent season 11 finale, which took place last night. The unlucky viewers who missed the nail-biting competition, have been frantically searching the internet for the America’s Got Talent recap and AGT winner 2016. Don’t worry; we’ll give you all the latest AGT updates on the 12-year-old singing sensation who won America’s Got Talent 2016, Grace Vanderwaal.

The America’s Got Talent season 11 finale was shot live live from the Dolby Theater in Hollywood last night (September 14). It was a stressful two-part, two-hour extravaganza that was held from 8 p.m. EST to 10 p.m. EST on both Wednesday and Thursday. On Wednesday, the top ten finalists performed their acts in front of the judges, Heidi Klum, Simon Cowell, Howie Mandel and Mel B, for one last time, and last night the votes were tallied, and the winner was announced. Here’s the AGT recap for everyone who missed the judge’s antics, live performances, and finalist eliminations.

Furthermore, the singing group Linkin’ Bridge mesmerized the audience with their rendition of Lukas Graham’s “7 Years.” There were even surprise guest appearances by celebrities like legendary female rocker, Stevie Nicks, who sang her famous song “Landslide,” and Paula Abdul who participated in both The Clairvoyants’ lottery ticket trick and Philadelphia Eagles magician, Jon Dorenbos’ card trick, as well.

The Ukulele strumming sensation quickly became America’s sweetheart after her AGT audition went viral, and has since gained millions of views for her YouTube videos. All of Vanderwaal’s performances on AGT have been her own compositions, including “I Don’t Know My Name,” “Light The Sky,” “Beautiful Thing” and “Clay.” She won the prize money of $1 million and to headline her own show in Las Vegas. After being crowned the winner of America’s Got Talent season 11, Vanderwaal adorably burst into tears. AGT Host Nick Cannon asked her, “How does it feel? These are tears of joy, right?”, to which she replied sobbing uncontrollably, “Yes, of course!” Awww!