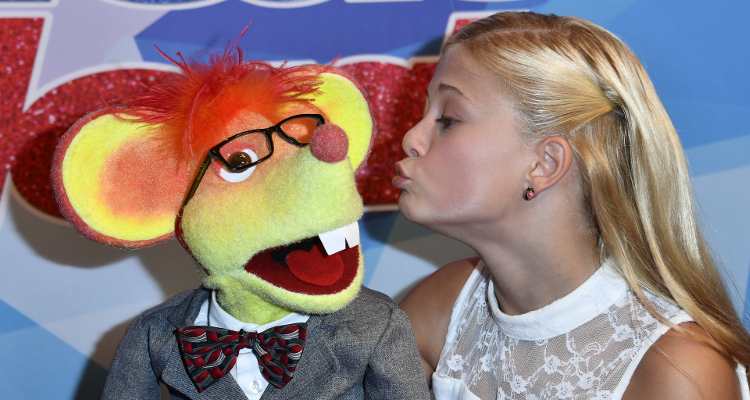 It was a great night for the singing puppets and their master, Darci Lynne Farmer on the AGT finale last night! The 12-year-old won the million dollar prize, as well as the hearts of the whole country. The talented little girl showed that irrespective of size, age, or family background, you can achieve your dreams if you work hard! Here are five facts to know about AGT 2017 winner, Darci Lynne Farmer’s family.

If you were among the many rooting for the sweetheart ventriloquist on AGT this year, then you will be glad to know that Darci Lynne Farmer won the competition! With the largest number of votes in the show’s history, the 12-year-old was crowned the winner, with Angelica Hale coming in second. Find out more about the winning AGT 2017 contestant and her family right here!

#1. Darci Lynne’s Family Have Supported Her from the Start!

Clarke and Misty Farmer are quite possibly the proudest parents in the world right now of their only daughter! With the 12-year-old beating out masses of other talented people, the entire Farmer family is excited as well as emotional. In an interview, Darci Lynne Farmers’s parents said that they noticed Darci’s love for singing early, and she entered her first pageant at the age of six. But being on stage made her nervous, so having the puppets helped Darci overcome her shyness.

#2. Darci Fell in Love with Ventriloquism from the Start

She was a shy child, but loved performing on stage. After witnessing a ventriloquist perform at her church, and then again at a pageant she attended, Darci decided she wanted a puppet of her own. And at the age of 10, she got one! For her birthday that year, her parent’s gifted her the puppet she so desperately wanted, and that was when this little entertainer was born. She taught herself the ventriloquism basics, and though it was considered a dying talent, Darci Lynne fell in love with it.

Darci Lynne has three brothers —Nate, Dalton, and Nick— and the family of six enjoys a good outing every now and then. They go on vacation and holidays together, along with their extended family. Darci Lynne especially loves to visit her aunt in their hometown of Woodward, Oklahoma. She recently attended a show that her cousin Sawyer performed in, Seussical the Musical at the local theater.

Darci Lynne is the only girl among three brothers, and is quite lucky to have them in her life. In fact, when Darci won AGT last night, her brothers were the first to run on stage and congratulate her! She said in an interview that her brothers are very supportive of her talent and dreams.

Nick Farmer is the oldest, and attends the University of Oklahoma. According to the ventrilogquist, “He’s always the one who’s like, ‘Darci you’re amazing,’ and he gives me hugs all the time.”

Dalton Farmer is her second-oldest brother, and is currently in high school. The 17-year-old loves sports and occasionally coaches, too. His sister said that he keeps her grounded. Her little brother Nate, who is nine years old, is her biggest fan.

Clarke and Misty Farmer are committed to their children, and they believe that attitude is everything. “We tell our children if they start something and have committed to it, we like to help see them through it and if they don’t like it they can try something else.” The Farmers are avid churchgoers and believe that their primary motivator is God.