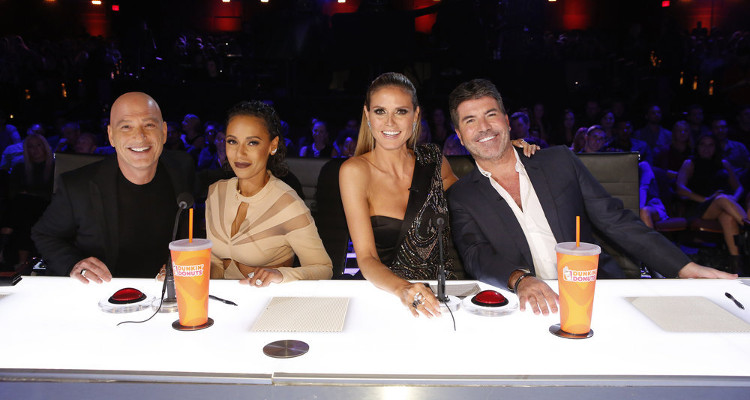 Tonight all will be revealed! Tonight fans will finally get to see who is the winner of the top prize of the America’s Got Talent 2016 competition! If you’ve been keeping up with the show, tonight you will find out who walks away with the top prize of $1.0 million and gets a chance to perform in Las Vegas! There were 10 acts that gave their final performances last night (September 13, 2016) on night 1 of the two-night season finale. Each of the finalists gave spectacular performances, which gave both the judges and the viewers a tough decision to make! Now, the votes have to be tallied and the final results will be declared tonight. People are seeking information about the America’s Got Talent schedule, and many are wondering, “What time is America’s Got Talent on TV tonight?” Don’t worry, we will tell you all about the America’s Got Talent 2016 schedule right here.

Tonight’s episode is the last episode of AGT 2016 season 11! It is the second half of the two-part finals. Last night was the part 1 of the finale, where the top 10 acts gave their final performances. Guest singers, Pitbull and LunchMoneyLewis set the floor on fire with their opening performance at the beginning of the episode. From then on, the pace was set for a high octane evening. All the top 10 acts rose to the occasion, with some of them giving their best performance of the season. In case you missed it, it was one heart stopping performance after another!

The AGT 2016 finale night 2 promises to be just as thrilling as night 1. Several special guests will be making an appearance on the show and there will be some real big surprises! Many details have not been revealed, as producers are trying very hard to keep the show under wraps until tonight, but we’ve got a few juicy details up our sleeves just for you! Guess who is performing tonight? It’s none other than Stevie Nicks, a member of the legendary band, Fleetwood Mac. Fleetwood Mac ruled the Billboard charts throughout the ’70s and the ’80s. Who can forget their album Rumors, which is still one of the highest selling albums of all time in any category!  Nicks is performing at the AGT 2016 finale and a whole new generation of listeners and viewers will be introduced to her!

The Show is a Winner

Other guest performers for tonight include Jersey Boys and II Volo. There are some other surprises for the viewers on the show, as well. The show itself has been a major success, getting the highest ratings ever in it’s last five years! The NBC talent competition is this summer’s top rated program once again, and has had an average audience of 13.7 million viewers. This is 10% more than last years show’s average viewership! Way to go, AGT 2016! Experts say the main reason behind it’s increased popularity is the increase in the talent coming on the show. We won’t deny that, especially after following this year’s competitors!

The America’s Got Talent 2016 time on TV is tonight at 8:00 p.m. EST on the NBC channel. This episode will be the last of the show and will air on September 14, 2016. Everybody is waiting to tune in so that they can see the results at last! The acts who performed last night must be biting their nails in anticipation to find out who the eventual winner will be. Fans have cheered and voted for their favorite act all season, and now their hard work may just pay off. The winner’s life will be changed beyond their wildest dreams, and it all goes down tonight!  So, who will be the winner? You don’t have to wait much longer! In a few short hours, the curtain will lift and the finale will start! So, keep clapping your hands and keep tapping your feet, as the show will soon begin!