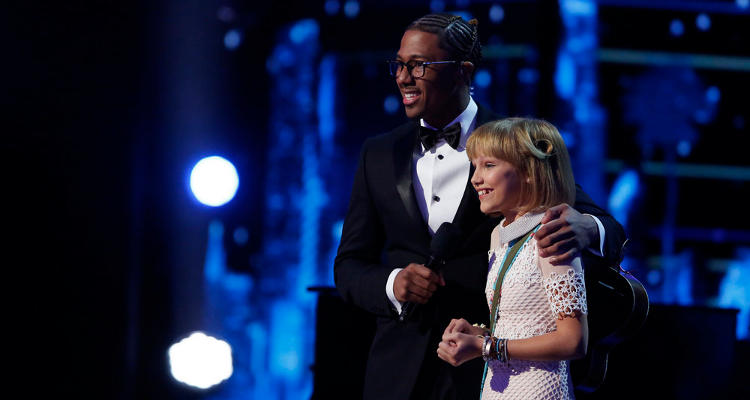 The America’s Got Talent results had Grace up against, Brian, Viktor, Tape Face, and Sal, all of whom were in the running for the winning title and $1 million grand prize. Long before anyone heard the news, terms like America’s Got Talent 2016 final” and “AGT winner 2016” were already being searched to see if there were any spoilers about the winner. Many of the online polls already had Grace in the lead, while she maintained a strong following and first place position.

It didn’t take a clairvoyant to see that Grace was going to win this season—it belonged to her the moment she set foot on the stage! Can you believe she’s only 12?! While listening to her self-written song “Clay,” the entire audience was waving lights as she belted out another Grace Vanderwaal original. Naturally, she had her ukulele (which she bought with her own money when she was 11) with her, while violins played next to her. Once she was finished, everyone rushed to stand, giving her the thundering applause she rightfully deserved.

She’s received standing ovations and praises from not only the judges, but the whole world as well. Howie had already publicly announced that he wanted her to win from the very beginning, and she was given a golden buzzer instantly. That was the first indication that Grace was meant for greater things!

Once the news was announced, the country and others all over the world tweeted, retweeted, and posted the results, giving a collective “congratulations.”

What’s Next for the Next Taylor Swift?

What’s a 12-year-old girl going to do with $1 million? From the very beginning, Grace was compared to Grammy winner, Taylor Swift (minus the pile of ex-boyfriends), thanks to her musical talent, blonde hair, and writing her own songs. Now, she’s a millionaire too! It’s anyone’s guess where that money will end up, but we have a feeling that Grace will put that money towards something or someone close to her heart. Here’s hoping that Grace gets to achieve her dream of collaborating with Jason Mraz. And it won’t be long before someone gets compared to her, too!
So, the next time you hear someone ask who won AGT 2016? You can proudly tell them: Grace Vanderwaal did!