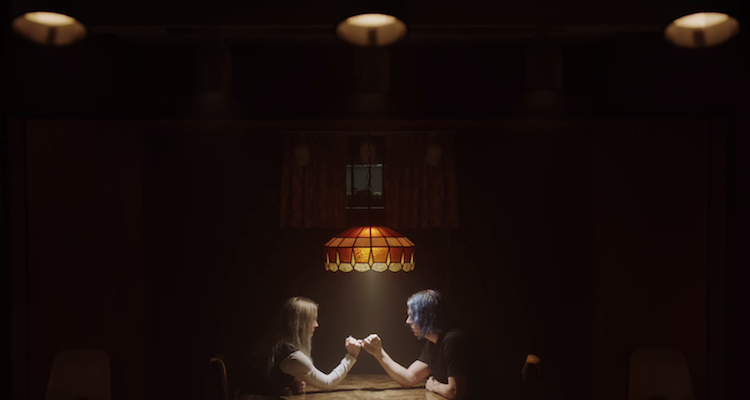 One of the interesting things about American Horror Story is how it changes from season to season and how they often manage duel themes. Season 6 subtitled Roanoke, was kind of a ghost story with underlying themes of exploitation. Season 7, subtitled Cult, dealt with the idea of cults in different senses. From your traditional horror movie style cult within the show, to looking back at one of the most famous cults in North America in the flashbacks to the Manson Family. It also examined the cult of personality that can be observed within the world of politics. We also got very sharp jabs at the current President of the United States.

Essentially, season 7 takes the fears of many Americans during the election of Donald Trump and amplifies them by a million. At the end of the current season, we’re left with a pretty bleak story; evil cults are out there and in some elections, no matter who you choose, you might be voting for the lesser of two evils, both figuratively and literally.

Now that season 7 has finished, we can look forward to AHS season 8. Now, be warned, if you try figuring out what the new season of American Horror Story via Reddit or fan forums, it’s kind of like falling down a deep well, and then having to try and herd two dozen cats. There are so many threads and possible clues out there that, given the show’s history of using a small piece of past seasons as a springboard for future seasons, there are a million things the next season can be about. In terms of facts, here’s what we know about American Horror Story‘s season 8 themes: Nothing. Almost nothing has been confirmed about what the next season of the show is going to be about or what kind of themes the show will tackle. The only thing confirmed for AHS season 8 is that Sarah Paulson, who appeared in every season of the show has officially signed on to return.

In terms of a theme, producer Ryan Murphy mentioned in the past that he wants to do a season crossing over Murder House (season 1) with Coven (season 3). Given that there are a bunch of actors playing multiple parts, it would be tricky to pull off but not impossible. But, we also know that not only is American Horror Story coming back for an eighth season, it’s already been renewed for a ninth season as well.

When Will We See Season 8?

Mystery surrounds American Horror Story season 8, from themes to actors, we aren’t quite sure what’s coming up next. But when does next season of American Horror Story comes out? We don’t know that for sure either. Assuming AHS follows the release dates of previous seasons, we’ll see season 8 materialize on our screens around the early fall of 2018, possibly in September.