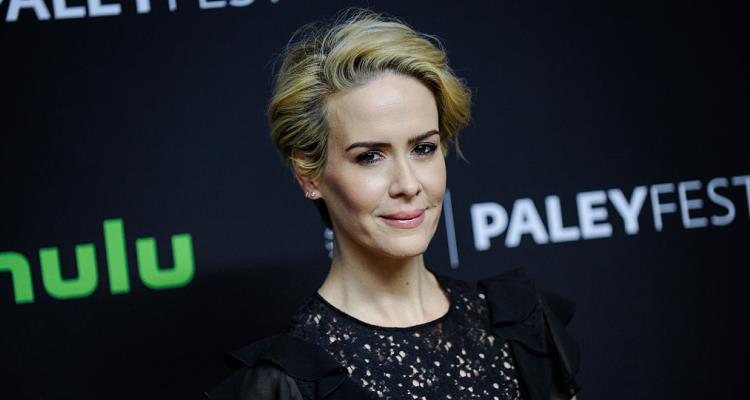 We know it’s been a while since the last season of AHS, but the American Horror Story channel is still the same and the season 7 premiere is at 10:00 p.m. EST on Tuesday, September 5 on FX. You can also watch online by visiting FX’s website!

The FX hit series is back and this time the show is centered on something everyone is familiar with: the results of the 2016 U.S. election. (That’s scary enough to a lot of people!) American Horror Story’s season 7 cast is one worth watching (as always) and even has a few new faces. Arrow alum Colton Haynes plays Detective Samuels; Newsroom alum Alison Pill plays ivy Mayfair-Richards; Scream Queens star Billie Lourd plays Winter Anderson. Sara Paulson returns and the show will also feature Girls star Lena Dunham, Emma Roberts, and more.

While Paulson has no problem going to work on one of the most traumatic-looking sets on TV, she revealed that she can’t handle watching this season of Cult.

“I don’t get scared on set, but I do get scared when I watch the show,” Paulson told Digital Spy. “This year, I have to be ratcheted into a place of terror. For me, it’s exhausting more than scary.”

Paulson has had a great run on the show since its first season (playing multiple characters), but this time she plays Ally Mayfair-Richards (married to Ivy), a Democrat upset by Donald Trump’s presidential win. Evan Peters plays Kai Anderson, a far-right Republican who couldn’t be happier with the election results.

Several Clues were Dropped in Advance

Instead of being kept in the dark like in previous seasons, fans were given clues weeks before the show’s premiere as part of a new marketing strategy.

“This provides us the opportunity to do something different and to have a long form engagement with the viewers as we take them through this experience to premiere,” Jason Phipps, FX senior VP digital media marketing, told The Hollywood Reporter. Unlike last season, where the title, theme, and cast of the sixth cycle were kept a secret until premiere night, viewers will know more and more of what this season is all about as the days unfold. “We really wanted to provide a community and reward the AHS audience for their fandom.”

The shunned clown-turned-murderer is back this season and it just so happens that Paulson’s character has a fear of clowns (which we can’t blame her for.) There’s no scarier clown than Twisty, played by John Carroll! Show runner Ryan Murphy also makes a connection between the anxiety Twisty brings and the kind he felt when Trump became president, which relates to Paulson’s character.

“So, for me, I want to just, sort of, lean into the escalation of fear in our culture, and Sarah [Paulson]’s character is somebody who is the way to write about that, you know,” Murphy told Digital Spy. “And she just has particular fears. She has a fear of blood; she has a fear of coffins that we will explore. I think that is – that was the top of episode three.”