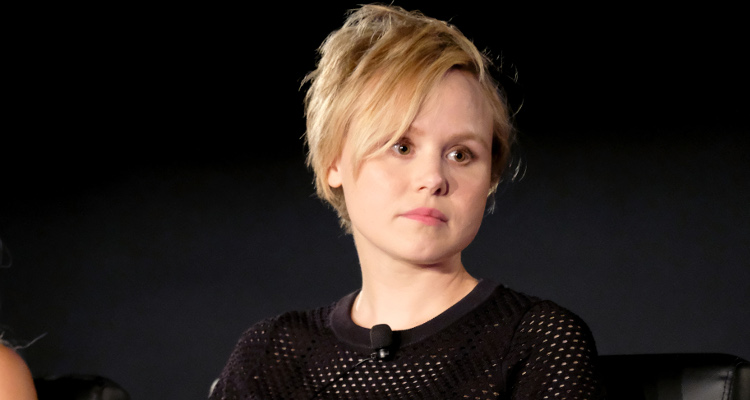 Pill has a main role this season, which could mean that we will be seeing a lot of her. We are only one episode in and a lot of people want to know more about Alison Pill on AHS.

Alison Pill’s age is 31, and she is famous for her roles in films like Confessions of a Teenage Drama Queen, Midnight in Paris, Zoom, Milk, and Scott Pilgrim vs. the World. Her most recent role was in Goon: Last of the Enforcers alongside Seann William Scott, Liev Schreiber, and Elisha Cuthbert.

When it was announced that that Pill would be in season 7 of American Horror Story, fans were immediately excited! Photos soon surfaced of the actress on set in front of a building called The Butchery on Main. Pill plays Ivy Mayfair-Richards who is married to Ally Mayfair-Richards played by Sarah Paulson. Together they have a son named Ozzy.

While more about Pill’s character will be revealed as the show goes on, fans are already looking forward to American Horror Story: Cult just after watching the first episode! With the twists and turns we have come to expect in American Horror Story, we really don’t know what to expect from this season’s characters. If the previous seasons are any indication, AHS Cult is going to have viewers on the edge of their seats!

In the first episode of American Horror Story: Cult, Ivy’s wife, Ally breaks down in front of her TV as Donald Trump is declared the next President of the United States. Ivy is a supporting spouse who consoles her wife. The two have a son who is just nine years old and is worried about his parents’ marriage with Trump in office.

The first episode also showed Ivy and Ally searching for a nanny for their adorable son. It is also revealed that the two own a restaurant, which puts the promo photo of Ivy holding a butcher’s knife into perspective.

If you haven’t watched the episode yet, then we suggest you catch up before the spoilers hit! You can tune in to American Horror Story: Cult Tuesday nights at 10:00 p.m. EST on FX!