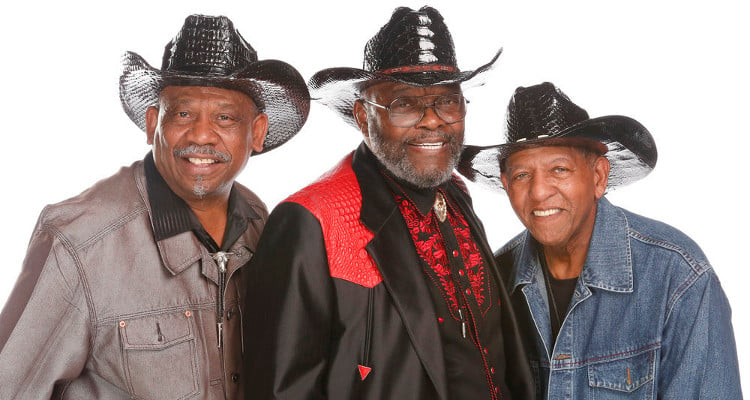 Few bands have been around for as long as The Masqueraders. They are making a comeback after almost 50 years thanks to America’s Got Talent 2017. Their performance during the audition rounds got them a standing ovation from the audience and a resounding “yes” from each of the four judges.

The Masqueraders first got together in 1958 in Dallas, Texas, and their original lineup was made of five members. Back then, they were called The Stairs, and they recorded singles like “Brown-Eyed Handsome Man,” “Caveman Love,” and “Flossie May” before some members left the group. Over the years they have had several line-up changes and are now a trio. They have had a few minor hits like “The Family,” “I’m Gonna Make It,” “Be Happy For Me,” “I Got the Power,” I Don’t Want Nobody to Lead Me On,” and “How Big is Big.” However, their biggest claim to fame was the single “I Ain’t Got to Love Nobody Else” which reached number 57 on the Billboard Top 100 chart almost 50 years ago. Wow, talk about longevity! Though they continued to release albums in the 1970s, 1980s, and 1990s they never really made it big. Now, in 2017, they are attempting one of the bravest comebacks of all times.

Their first stint in the music industry was cut short due to racial tensions with their label. When judge Simon Cowell asked The Masqueraders why they were back, they replied: “Because we never stopped dreaming.” Their honest and poignant reply got a thunderous applause from the audience and a smile from the judges. Then the group proceeded to sing a soulful rendition of the Sam Cooke classic “A Change is Gonna Come.” The harmony was perfect, the song breathed optimism, and they handled the highs and lows of the song with expertise. At the end of their performance, the entire audience gave them a standing ovation, and the judges broke into smiles. All four judges gave a resounding “yes” to The Masqueraders’ fantastic performance.

Check out The Masqueraders’ AGT audition performance below.