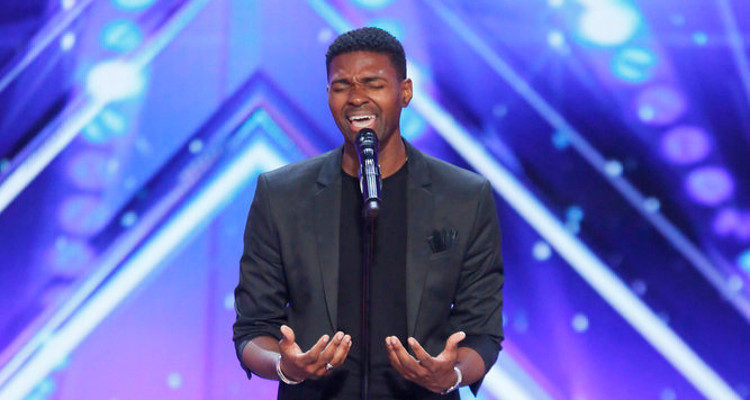 Meet Johnny Manuel, a young man from Flint, Michigan, who took the America’s Got Talent stage on Tuesday (June 27) and left the judges and audience spellbound by his voice. Manuel sang Whitney Houston’s, “I Have Nothing” with sheer honesty and a lot of intensity. If you wish to know more about the singer and his life, then our Johnny Manuel’s wiki is just for you.

Before he enthralled the judges with his voice, the America’s Got Talent contestant revealed that he has been singing most of his life. When Johnny Manuel’s age was 14, he was signed to a record label, which unfortunately did not work out. He told the judges, “As a kid, I thought that I was going to take off and see the stars. Obviously it didn’t happen that way.” At the young age of 13, Manuel was signed to Warner Bros. Records and throughout his singing career, he has worked with artists like Jessica Simpson, Jill Scott, and N’Sync. As a young boy, he sang in his church choir and is a soul and R&B singer. Manuel graduated from Carman-Ainsworth high school.

Though he has a lot of experience, Manuel was thrilled to open for Jill Scott in 2011. He said that he performs as if he were doing it for the first time and was excited for the opportunity to have a larger audience.

We can't wait to see what's next for these acts. #AGT #Swipe ?

Johnny Manuel on America’s Got Talent

Check out 'America's Got Talent' tomorrow at 8:00pm est. My brother @johnnymanuel will be on this round of auditions ??? @agt #JohnnyManuel

At the start of his performance judge Simon Cowell asked Manuel what he would do if he got another chance in the music industry. To this the singer replied that he hoped to be able to be who he is and present his music to the world.

Everybody knows what an amazing singer Whitney Houston was and that it takes incredible talent to be able to perform as she did. However, Johnny Manuel was almost as perfect as the iconic diva when he performed her son, “I Have Nothing” and nailed it. Everybody was so touched and impressed by his voice that he got a standing ovation from the audience as well as the judges. In fact, in the middle of his performance, host Tyra Banks yelled, “Whitney hears you, honey.” Of course, Manuel got a yes from each of the four judges.

If you missed Johnny Manuel’s performance on America’s Got Talent, then we suggest you take a look at his audition below. We are giving you a heads up though: Your mind and ears will be blown away. The America’s Got Talent auditions will continue next week, so do not forget to watch the show Tuesdays at 8:00 p.m. EST on NBC.