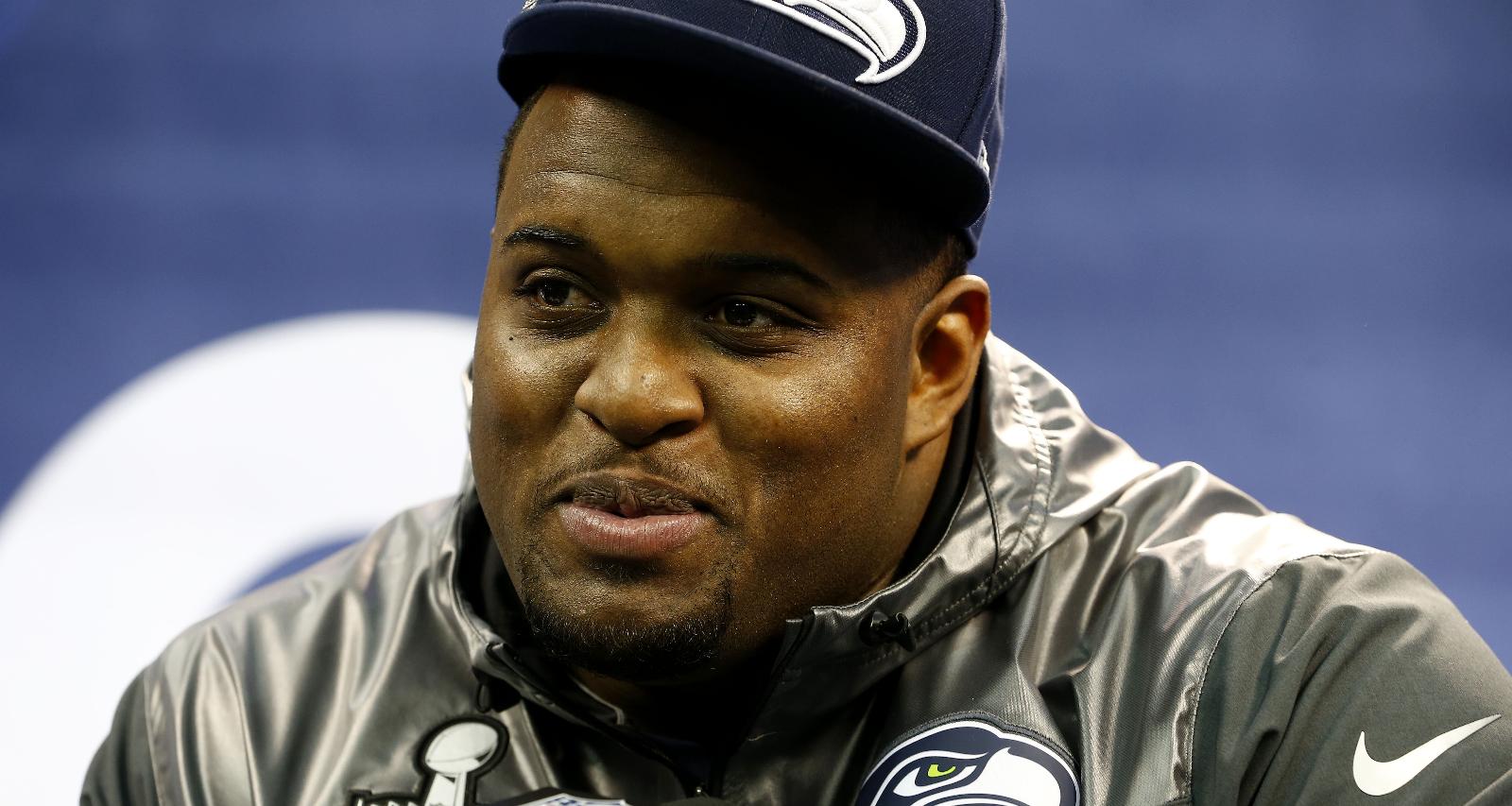 The Los Angeles Chargers’ Brandon Mebane has missed the last few games because of a personal tragedy. Brandon Mebane and his wife, Amena Mebane, along with their children, are grieving the loss of their newborn daughter. Amena documented the heartbreaking experience on her social media to spread awareness about the infant’s genetic condition. Our Amena Jefferson Mebane wiki has details on the inspiring mother and the Mebane family’s recent loss.

Their Daughter Had a Genetic Condition

Born Amena Jefferson on June 12, 1985, the California native married Brandon Mebane on April 7, 2013. Together, they are parents to a daughter, Mahailey, and son, Makai.

Feeling lots of gratitude today on my 33rd birthday. Thank you to my friends who came out to celebrate me and my hubby @bmebane92 who always makes me feel like a Queen/Warden 🤣. Special shout out to my boos @karrienicole @favenliuget who helped plan my surprise day and dinner ❤️. And to everyone who submitted a video for my bday video and everyone who took the time to say happy birthday. And even those who forgot (cuz i be forgetting birthdays but that doesn’t mean i don’t love you 🤣), I love you all 😘. Looking forward to an epic Jesus year!

Their third child, a girl they named Makenna, was born on November 12, 2018. Brandon hasn’t been active on social media since then, but Amena has been actively sharing their experience on her Instagram.

Makenna was diagnosed with Trisomy 13, a rare genetic condition, in utero. Trisomy 13, or Patau syndrome, is a condition where a person has an extra chromosome 13, which can cause severe physical and intellectual defects. Treatment for infants born with Trisomy 13 can only relieve some complications.

Our precious baby girl Makenna was born on Monday 11/12 at 35 weeks. She was diagnosed in utero with a very very rare genetic condition called Trisomy 13. It means she has 3 copies of her chromosome 13. We were told that she wouldn’t make it to birth and if she did she would die shortly after. We learned that she would need life saving heart surgery to correct a heart defect she has and we also learned that most doctors refuse to treat babies with this condition because they believe they are “incompatible with life.” I could not find a surgeon in California who would agree to give her heart surgery. I know God chose Brandon and me to be her parents for a reason. And one thing this mama was not going to do was accept death as the only option 🙅🏾‍♀️. So I started researching and found a Facebook group that led me to a surgeon in Nebraska at Children’s Hospital of Omaha (Dr. Hammel) who does heart surgery on trisomy babies. He has an entire team of specialist who believe that these babies deserve an opportunity to live! So I got on a plane and went to Nebraska. Every medical professional we’ve encountered, from the maternal fetal doctors at University of Nebraska Medical Center, to the nurses and staff at Children’s Hospital, has proven to us that we are at the best place on earth for care for her. I’m so incredibly grateful! Makenna came out of my womb crying loud and strong, sweet music to our ears… (continue in comments)

Doctors told the Mebanes that their unborn daughter would need heart surgery—if she survived after birth. They couldn’t find surgeons who were willing to treat their child in California. So the family traveled to Omaha, Nebraska, where there was a hospital that treated infants with Trisomy 13.

After weeks in Omaha, Amena gave birth to Makenna at 35 weeks. Makenna and Amena spent a few more weeks in the hospital. However, Makenna was struck by complications from a premature birth, for which she underwent surgery.

After battling for her life post-surgery, Amena and Brandon made the difficult decision to take Makenna off the ventilator and let her pass peacefully. Makenna Niara Mebane passed away on January 3, 2019, at seven weeks old.

Brandon Mebane has missed five of the past seven games to be with his family in Omaha. He returned to his team to play in the January 13 playoff game between the L.A. Chargers and New England Patriots.

The Patriots asked the crowds at their home field of Gillette Stadium to stand and observe a moment of silence for Makenna. The Chargers appreciated the gesture by the Patriots.

Jefferson and Mebane Were Together in Middle School

Amena Jefferson is a Cali girl through and through. She grew up in the Golden State with her brother, Slim, and sister, Lizzy, and their parents.

She went to Audubon Middle School in Los Angeles, the same school future NFL star Brandon Mebane attended. However, they wouldn’t get together until years later. In fact, Amena didn’t even know him when they were kids.

Brandon, though, had been smitten with her since they were in middle school. He remembered every detail about her from back then.

She had later moved to Seattle where she attended law school. You know who else was in Seattle? One-time Seattle Seahawks defensive tackle Brandon Mebane.

One day, when she was in second year, Amena was hanging out with her fellow law students at a restaurant and a 6’1” guy waved at her from across the room. Amena ignored him until he came up to her and said, “You are Amena Jefferson, and you went to Audubon Middle School and you were on the Cal Dance Team.”

Amena was understandably a little creeped out. But after talking to him, she found out his name was Brandon and that they were from the same neighborhood.

At that time, Jefferson’s focus was on school rather than dating. She nonetheless gave him her card, saying he could contact her if he need legal help.

“Apparently, he needed legal help as soon as he left because he texted me right away. I was focused on school and didn’t really want to get into a relationship. But a few months later, I finally said yes I would go to dinner with him.”

She ended having a great time at dinner with him, nevermind the Belly Roll king’s questionable fashion. She fell in love with him eventually, and they married in Los Angeles.

Amena Jefferson is an Attorney

Amena is a dancer who performed with the Cal Dance Team. She attended Crossroads School in Santa Monica.

She would go on to graduate with a bachelor’s degree in American Studies, with a focus on Race, Law, and Social Movements, and a minor in African-American Studies from the University of California, Berkeley in 2007. Mebane also attended Berkeley before the Seahawks selected him in the 2007 draft.

Soon after, Amena moved to Seattle where she attended University of Washington School of Law. She acquired her juris doctor in 2010 and was also active in student societies there. She was the president of the Black Law Students Association and won academic honors.

Amena wanted to be an attorney so she could be a voice for the voiceless. “Where I grew up, prosecutors and police officers were considered the “bad guys.” I never in a million years thought I would be a prosecutor,” she said. However, her African-American mentors at law school changed her perspective.

She balanced law school and student activities while working as a summer associate at a Stoel Rives law firm. She later served as deputy prosecuting attorney at the Kings County Prosecuting Attorney’s Office for six years. She also had a brief stint as an adjunct instructor at the University of Washington.

Being the wife of an NFL player can be attention-grabbing in a courtroom. But Amena kept a low profile to avoid stealing attention from the issue at hand. She went by her maiden name at work and didn’t wear her engagement ring—though she did wear her wedding ring.

These days, Amena has taken over the managerial duties for Team Mebane, her NFL pro husband’s official brand. Together, they’re also setting up the Mebane Family Foundation.

Amena Lost Her Mother to Cancer

Jefferson’s mother suffered from breast cancer and sadly passed away from the illness at the age of 48. Amena had recently graduated from high school then.

Breast cancer is a cause close to the Mebane family. They donate to Black Women for Wellness, which spreads awareness about health issues.

Brandon promotes awareness for the cause by wearing pink cleats in games. He also penned a blog post on his website on the cause.