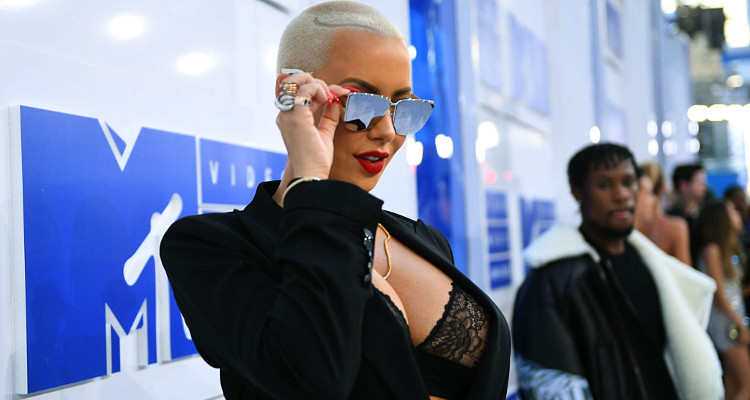 Amber Rose has become the face of the anti-sl*t shaming movement. The model and activist gained respect and admiration for advocating against sexual abuse and is organizing her third annual Sl*tWalk in October.

Amber Rose has come a long way since being known as Kanye West’s ex-girlfriend. The beautiful model and actress is the face of the Sl*tWalk movement that began in 2011, helping to raise awareness about gender inequality and sexual abuse. After being sl*t shamed and abused at the age of 14, Rose has become a social activist with a strong, deeply personal cause.

Barely a teen, she began stripping to support her family after her parents’ divorce. It was then that she caught the attention of none other than Kanye West in a music video. She catapulted to fame overnight and made a career out of reality television and modeling. After being publicly denounced by West, who said he had to take “30 showers before getting with Kim [Kardashian],” Rose became an outspoken activist to protest against those who had been judged or demeaned for their appearance. Amber Rose’s Instagram account recently featured a post announcing her annual Sl*twalk 2017 and a sl*t shaming meme.

Amber Rose Lashes out at Abusers with Sl*t Shaming Meme

Have you checked Amber Rose’s Instagram lately? The Dancing with the Stars alum recently announced that her third annual Sl*tWalk will be held in October, although the exact date and venue are yet to be announced. Rose’s culturally and morally significant Sl*tWalk received tremendous support, after the outcry against rape culture and injustice towards the LGBTQ community became a widespread movement. 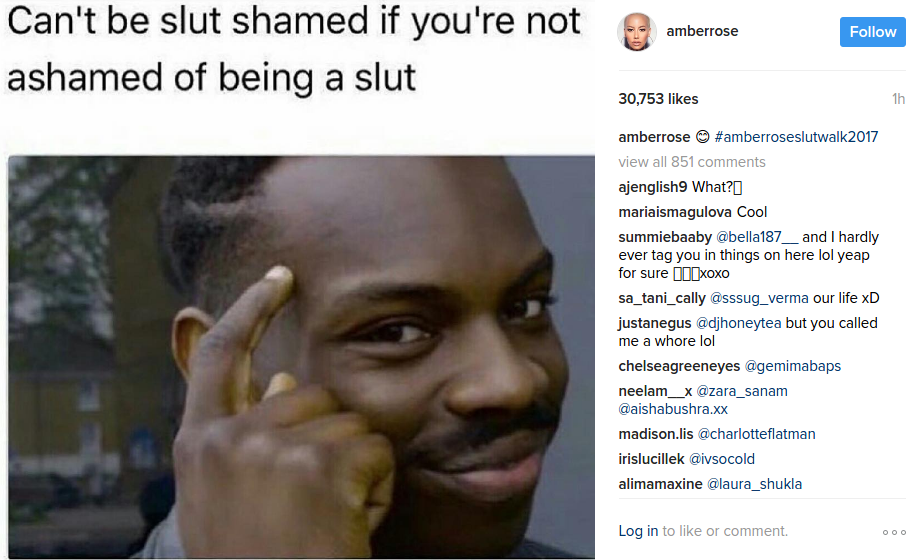 Amber Rose’s latest Instagram post features the popular Roll Safe meme with the caption, “Can’t be sl*t shamed if you’re not ashamed of being a sl*t.” The post has received over 22,000 likes from her 13 million Instagram followers.