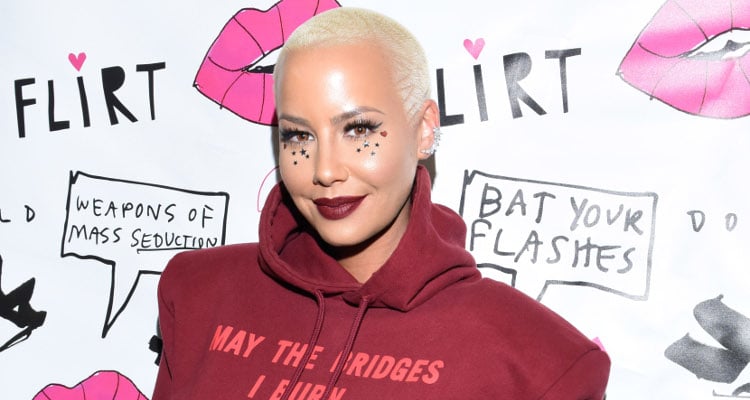 Once known for dating Kanye West, Amber Rose has turned into a pioneer in social activism. She’s a model, actress, fashion designer, and founder of the Sl*tWalk movement in support of victims of sexual abuse.

Amber Rose is proving she’s more than the ex-flame of Kanye West. Her unique and outgoing fashion sense makes her an icon, and she has come a long way from her troubled youth by becoming a successful personality. She’s given a voice to victims of sexual abuse and gender inequality through her annual Sl*tWalk; a call for all those who have been shamed, subjected to sexual abuse, or judged and demeaned in any way, to take to the streets and protest against the injustice and support a cultural shift. Amber Rose announced the third annual Sl*tWalk through her Instagram account.

In 2015, Amber Rose led the first Sl*tWalk to honor the victims who have faced sexual assault, or faced injustice because of their gender. It was held in downtown LA, and Rose shared her experience of being shamed at the age of 14, despite being a virgin. She was joined by her mother, who took a dig at Kanye West. In an interview with Power 105.1, West said that he had to take “30 showers before getting with Kim,” after things ended between him and Rose. He added that, “If Kim had dated me when I first wanted to be with her, there wouldn’t be an Amber Rose.” Harsh, Kanye!

The concept of the walk originated four years prior to Rose’s first protest in Toronto, Canada, where a police officer told a group of college girls that they should avoid dressing up as “sl*ts” to prevent being sexually assaulted. The statement triggered a large outcry, as women protested against rape culture in many other large cities. There was no real followup to the walk until Amber Rose led her Sl*tWalk in 2015 for women and the LGBTQ community. She even started a GoFundMe page to raise money for the event.

After the success of Rose’s first two Sl*tWalks, she has just announced the third annual Sl*tWalk on her Instagram. The movement will take place in October 2017, and the venue has yet to be announced. Details of the Sl*tWalk will be available on the movement’s official web site.