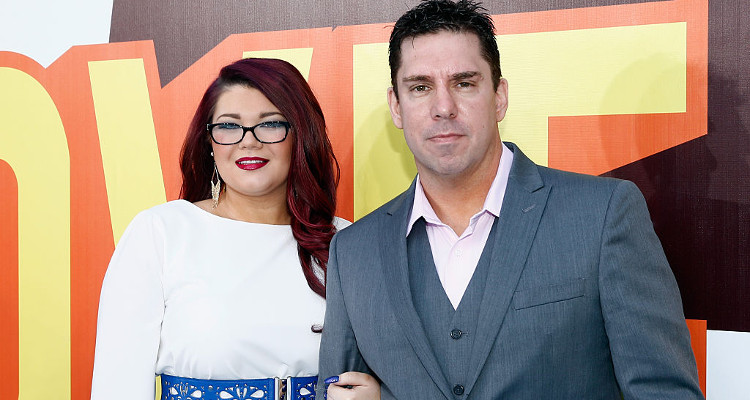 Teen Mom OG star, Amber Portwood, is in the limelight for her relationship with her boyfriend —or, shall we say ex-boyfriend— Matt Baier. It seems like things are not going well (again) between the reality stars. Find out if Amber Portwood and Matt Baier are still together in 2017, right here.

It appears as though Portwood and Baier have ended their relationship for good. Fans of Teen Mom OG have seen the couple facing and dealing with a lot of problems over the past season, with the topic of marriage always rocking the boat. Portwood even confessed that she could not trust her fiancé after she found out that he had children she did not know about, as well as cheating allegations.

Monday’s episode of Teen Mom OG showed Portwood dealing with the news that Baier might have cheated on her over a year ago. As the cameras rolled, Portwood was seen talking to the producer and said, “There’s, like, fake f*****g text messages, supposedly. They do look fake but I’m just sick and tired of this.”

Although the conservation was over a year and a half old, Portwood still reacted to it saying, “I just told him in the car that we need to have a break because this is getting too much. It just keeps making me doubt everything. I need to figure out what’s going on with all this s**t. ”

Portwood has still not made an official announcement about the breakup. In an interview, she revealed that the two are “working things out. We’re working on our issues. That’s all that needs to be said.” Although things are not rosy in their relationship, the couple is reportedly still living together, as the property is in their both names. Their wedding is on hold for now, as the couple seems to be struggling with their issues.

In a recent revelation, a tattoo artist named Tiffany Basset stated she and Baier had a thing when he was dating Portwood. In an interview, Basset revealed that, “Matt contacted me about investing in a new shop, and was interested in telling my story in the process. I was excited to possibly land a celebrity client, as well as a new business venture.” She further added that she and Baier hooked up twice. Basset added, “Matt began sending me provocative text messages, including a d**k pic. I went along with it, hoping that it would eventually pay off for my business. My motive was always business and providing for my three children … Two o’clock in the morning, Matt comes into my room, supposedly to pick up some souvenirs left on the table. He just wakes me up and decides that we’re going to have sex. No warning — no nothing. I’m like shaking, I froze — I didn’t do anything to stop it.”

Do you think Teen Mom Amber Portwood will give a Matt Baier a second chance? Or has their relationship ended for good? The only way to find out is to keep watching Teen Mom OG Monday nights on MTV.