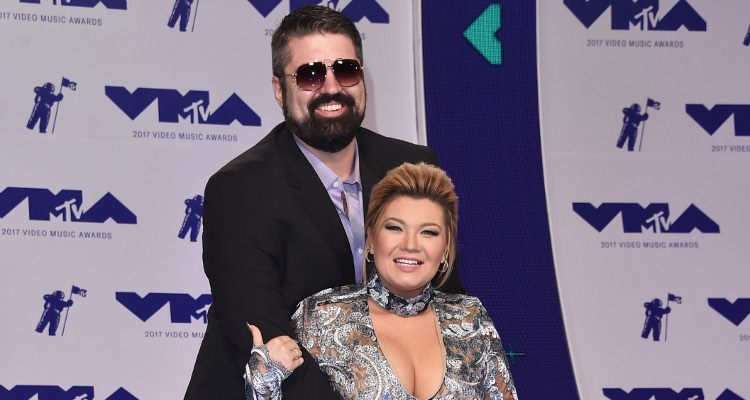 It seems like Teen Mom OG star Amber Portwood has finally moved on from her on-again, off-again relationship with her ex-fiancé, Matt Baier. Portwood has a new man in her life and is extremely happy. Who is Amber Portwood’s boyfriend? Keep on reading as we have details about Amber Portwood and Andrew Glennon, right here.

On August 27, 2017, Amber Portwood attended the MTV Video Music Awards with her new beau, Andrew Glennon. After Amber Portwood and Matt Baier’s breakup, she is taking her new relationship slow, but cannot help herself from gushing about her new man.

Before the MTV awards, Portwood revealed that she was nervous about taking Glennon because, “We’ve only been dating for three weeks and it just so happened that the VMAs were coming up, so I was like, ‘Let’s do it.’” She added, “[I’m] a little nervous, you know? Because he’s, like, coming into my life and I don’t know what he’s gonna expect, but usually I come here to have fun. That’s what it’s all about.”

Portwood broke up with her fiancé Matt Baier in June, after being together for almost three years. “We like to go to downtown Indiana and just walk around,” Portwood said about taking things slow with Glennon. “We just like to have a good time together. It’s like at the beginning of the relationship you don’t want to take anything too, too seriously, but it’s just been moving and going so well. I’m really happy.”

If you want to know who Andrew Glennon is and learn a little more about his relationship with Amber Portwood, then keep reading!

Who is Andrew Glennon?

Currently, there is not a lot of information about Glennon or his personal life. We do know that he is from Malibu, California. Since 2011, he’s worked as a cinematographer and worked behind the camera for a few short films. Thanks to a recent tweet by Portwood, we know that Andrew Glennon’s age is 33. He stands tall at 6’7”, and towers over everyone else in his Instagram photos!

Portwood and Glennon met while she and Matt were filming Marriage Boot Camp, where it was reported that the two decided to split. Glennon was a crew member for the show. A source spoke about their meeting saying, “It makes sense Amber and Andrew grew close during filming. Her relationship with Matt was in bad shape and when you’re shooting a show like this where there is a lot of heightened emotion, participants bond with the crew.”

Initially, the new couple started off as friends and talked a lot. They spent a lot of time together, and that soon turned into a relationship. To clarify things, it was reported that Glennon pursued Portwood until he was sure Baier was out of the picture. Though they are still a relatively new couple, the two have been inseparable!

Until now, Portwood only has good things to say about Glennon. She says that he is not controlling, possessive, verbally abusive, or unstable. However, court documents from Glennon’s ex-girlfriend surfaced, and it was revealed that she filed a restraining order against him.

“I broke up with him and he was very upset.” Glennon’s ex wrote in the documents. “[He] hid my keys as I had to leave out of fear. The next day he wouldn’t leave [my] apartment until my dad threatened to call the police,” she wrote, adding that he was controlling and “In May, he showed up uninvited and after I asked him to leave he secretly let the air out of my tire till it was flat.” She also revealed that “On my birthday, [he] showed up at my work under a false name delivering flowers. Security at my work turned him away.” Amber Portwood has yet to comment on the situation.