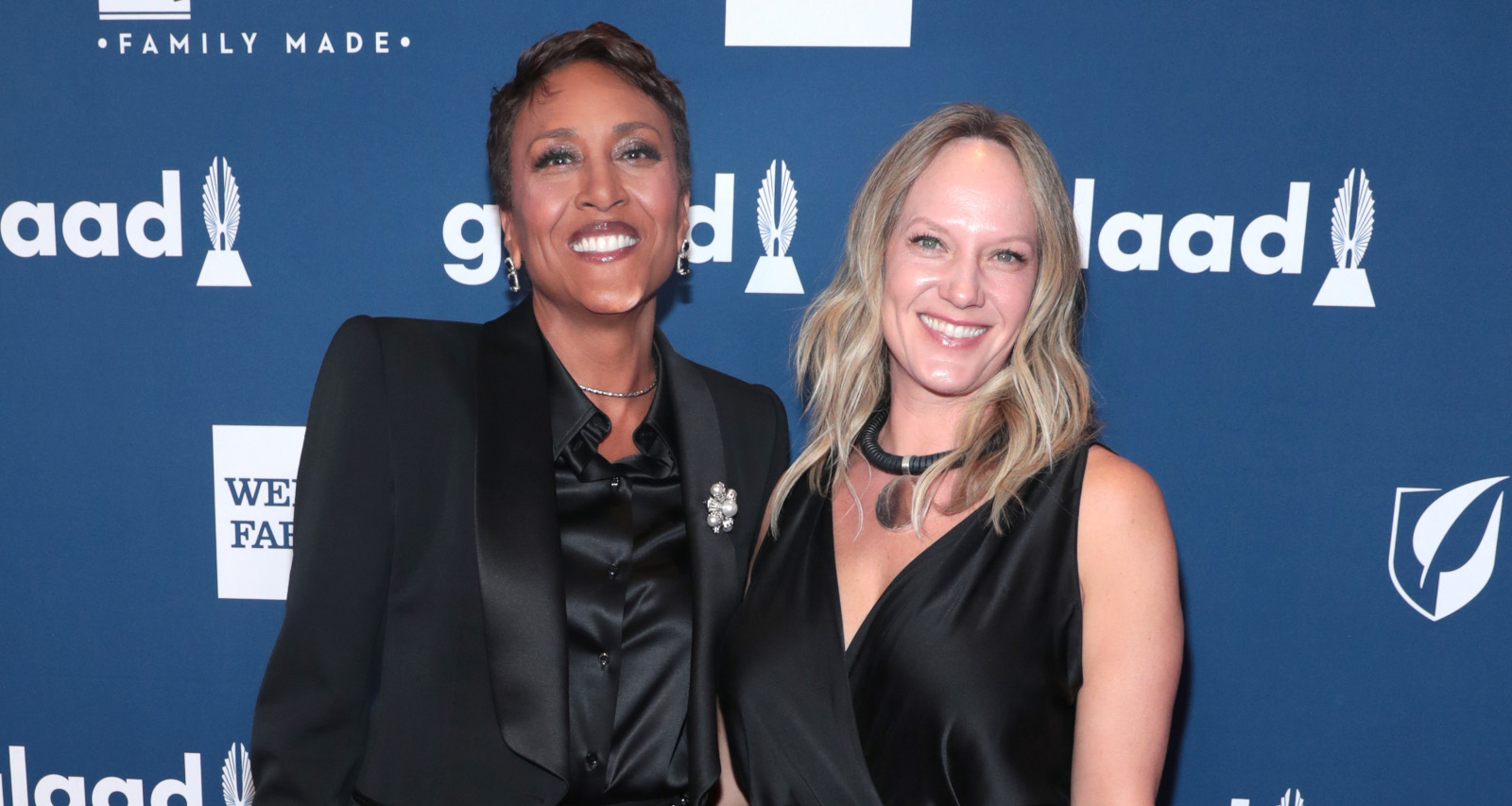 Robin Roberts and Amber Laign at The Hilton Midtown on May 5, 2018 in New York City. (Photo by Cindy Ord/Getty Images for GLAAD)

ABC News anchor and GMA maven Robin Roberts is openly gay. Ever since she came out in 2013, the spotlight has been on her longtime partner, Amber Laign. We’ve got Amber Laign’s wiki for everything on Roberts’ ever-supportive partner.

Though she resides with Robin Roberts, 58, in New York where Good Morning America is filmed, Amber Laign originally hails from California. Born on September 6, 1974, Laign is 44 years old.

Laign reportedly spent her early childhood in Lebanon, New Jersey where she attended Round Valley Middle School. Together with her parents, Andrea and Paul Laign, she moved to California where she spent the better part of her life in the San Francisco Bay Area.

Amber graduated from Clayton Valley High School in 1992. She was part of the school’s marching band and the color guard captain.

She Is a Massage Therapist

Laign initially worked as a sales representative at the famous Berger and Stevens showroom in New York for nine years. Before she quit in 2010, she learned the art of wellness in the New York-based Swedish Institute of Health Sciences.

After a year at the institute, she became a licensed massage therapist. She specializes in deep tissue, Swedish, myofascial release, and trigger point massages. She also helps her clients who suffer from chronic pain.

She Has an Essential Oils Business

Robin Roberts battled breast cancer in 2007 and Laign remained by her side during her treatment. As Roberts’ primary caregiver during that time, Laign saw the effects of cancer treatments on one’s body.

In 2012, Roberts went through another health episode and underwent a life-saving bone marrow transplant. During that time, Laign researched holistic approaches to minimize the side effects of Roberts’ treatments.

Through her research, she found the benefits of essential oils. She met Marci Freed, also an advocate of essentials oils, during a dog run in Manhattan’s Upper West Side. Freed is a New York-based artist and mom of twins who combated her daughter’s ailment with essential oils.

Together, Freed and Laign developed blends of essentials oils that help enhance health. That led to her founding Plant Juice Oils, their brand of essential oils for wellness.

Roberts Revealed Their Relationship in 2013

Roberts and Laign have been together since 2005. Though she has been a constant presence by the news anchor’s side at various events, Roberts didn’t discuss her sexual orientation or relationship in public. Her colleagues, however, were aware that Roberts was gay.

After returning to GMA following her bone marrow transplant, Roberts went public with her relationship in December 2013. In an end-of-the-year message on Facebook, Roberts thanked everyone for their support during her recovery, including her girlfriend, Laign.

“I am grateful for my entire family, my long time girlfriend, Amber, and friends as we prepare to celebrate a glorious new year together,” she wrote.

She went on to speak about Amber for the first time on GMA in 2014. Laign’s parents, Andrea and Paul, also spoke to media outlets saying they had met Roberts before and given the couple their blessing.

Robin and Amber have since been vocal LGBTQ+ advocates and have shown love for each other on social media. They have also shared pictures from their many vacations together.