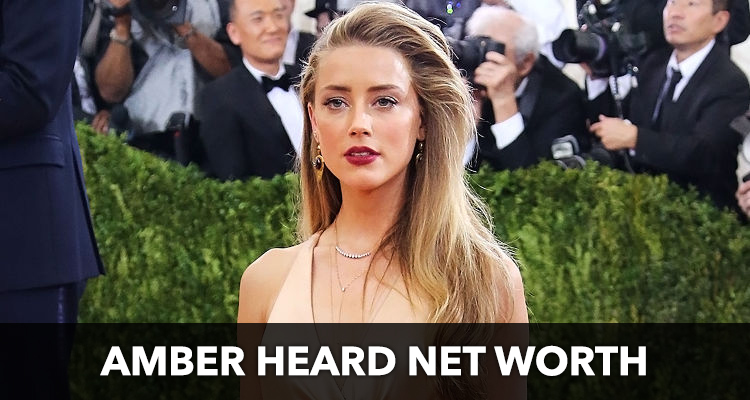 Amber Heard is worth a cool $9 million.

In the latest news, Amber Heard and Johnny Depp have reached a settlement in their divorce, and released a joint statement to the media. “Our relationship was intensely passionate and at times volatile, but always bound by love. Neither party has made false accusations for financial gains. There was never an intent of physical or emotional harm. Amber wishes the best for Johnny in the future. Amber will be donating financial proceeds from the divorce to a charity.”

What is the Divorce Settlement Amount?

So how much is Amber Heard getting out of the divorce settlement? Well, 53-year-old Depp is a veteran actor and has a net worth north of $400 million, while Heard has a net worth of a lowly $9 million in comparison to him. However, her bank balance is set to increase, albeit not too much, by a little over $7 million. It has been reported that Depp has agreed to pay his ex-wife $7 million plus her legal fees, in their divorce settlement. Sources claimed that $8 million was actually on the table. Heard has earlier asked for a temporary spousal support of $50,000 per month, but changed her mind and withdrew the case to deal with the issue of domestic violence.

In the meanwhile, 30-year-old Heard has dropped the domestic abuse charges she filed against Depp. Their divorce was settled just one day before the restraining order hearing, was scheduled to take place. Heard had accused Depp of physically abusing her on May 21, 2016. She claimed that he threw a phone at her face, causing a noticeable bruise. However, this incident was not an isolated one, and there had been earlier allegations of physical abuse as well. At the time, Heard was granted a temporary restraining order and Depp was ordered to stay at a distance of 100 yards from her.

To add fuel to the fire, a video was leaked on the internet showcasing Depp screaming and slamming cabinets in the midst of a heated argument. A photo also came to light displaying Depp’s severed fingertip, after he smashed windows and bottles during a different fight. The reason for the altercation was said to be actor Billy Bob Thornton, whom Depp suspected Heard of having an affair with at the time. On his part, Thornton has denied all the accusations, calling them fabricated. Depp has staunchly refuted all the domestic abuse claims.

Amber Heard is Not a Gold-Digger!

Many people took to social media to call Amber Heard a “gold digger” for trying to extort money from Johnny Depp. However, after the divorce settlement statement was released, she received mixed responses for announcing that she would donate all the proceeds to charity. Some supported her grand gesture, while others outrightly called her a liar. The couple does not have any children together, but Depp has two children from a former relationship with Vanessa Paradis, a French model, and singer.