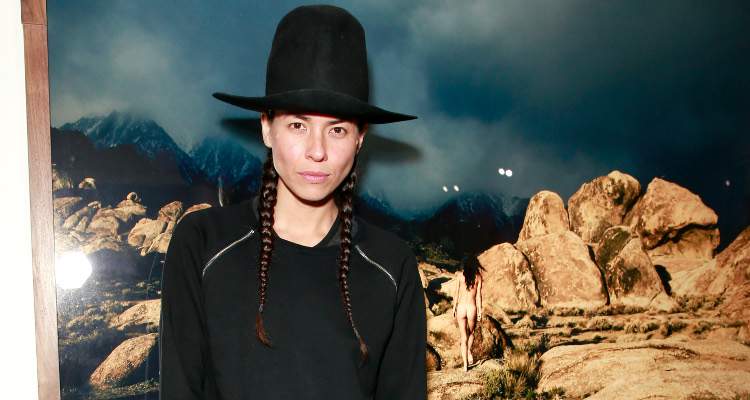 Amber Heard recently took to Instagram to celebrate Australia’s vote to legalize same-sex marriage. After coming out as bisexual, it was revealed that Amber Heard’s girlfriend was once artist Tasya van Ree. If you want to know more about Amber Heard’s ex-girlfriend, then keep reading.

Born on April 30, 1976, in Mililani, Hawaii, Tasya van Ree’s age is 41. She has a Japanese and Dutch background, and her love for water made her a surfer. At a very young age, she was interested in capturing moments. Her interest grew when she signed up for a photography course in high school.

Growing up, Ree described herself as a “wild kid,” who always got into trouble. Currently, not much is known about Tasya van Ree’s parents. But she describes them as having a certain demeanor, which could be interpreted as artistic.

During her senior year, Ree became more passionate about photography and decided to pursue it seriously. After graduating in 1994, she moved to Los Angeles for college, but ended up dropping out.

Buckle up. It’s the law.

Ree is famous for her black and white photographs of celebrities like Katherine Moennig, Matt Dallas, and Michelle Rodriguez. When asked about her style of photography, she said, “[Black and white photography] contains a certain presence; it takes the subject matter and ignites a certain lyrical quality within it that one cannot express in words.” Ree added, “It dives deep into one’s subconscious and swims around in the thoughts they never knew they had. I love a beautiful black and white photograph because to me, it contains every second of time, wrapped up in one single shot. It evokes in me pleasure, melancholic sensuality, romance and every other human emotion one can think of. There’s a timelessness there, that really moves me, especially in today’s exceedingly fast pace world. There’s a comfort there, a philosophy that can be seen and not heard, a truth that holds my attention. There’s nothing else quite like it.”

While they were still dating, she revealed that Amber Heard was her muse just as “Gala is to Salvador Dali, Kiki de Montparnasse is to Man Ray, Beatrice is to Dante Alighieri.” Ree’s work was featured in the 2014 exhibit, A State of Mind & Affairs of its Games. Her work presented a contrast in medium and subject matter, with photos that were in color.

She is a well-known artist whose brilliant work has been put on display in different cities and magazines. Additionally, Ree’s work was exhibited on its own, as well as with artists like David Lynch, Amy Arbus, Jessica Lange, and Gus Van Sant.

Besides being passionate about photography, Ree also likes to create short films, paint, and work with pencil drawings. Her  inspiration comes from her dreams. She also designed text-based t-shirts in her DieWilder collection, which she is often seen wearing.

Ree is also a co-founder of Women with Super Powers, “a photo series and movement. This project celebrates the feminine as artist, activist, and healer and has grown to include an international community of influential and inspiring women. Our vision is that through recognizing the multi-dimensional and extraordinary qualities within us, we can begin to embody our own influence and create shifts to benefit the whole planet.”

Tasya van Ree’s Instagram showcases her work, so if you want a look at her incredible creations, you should check it out!

Amber Heard and Tasya van Ree reportedly started dating in 2008. About their relationship, Heard said, “She’s so beautiful. I mean, you’d have to be crazy not to want to go out with her!” However, their relationship ended in 2012. It was later that year that Heard starting dating Johnny Depp, whom she married in 2015, and separated just over a year later.