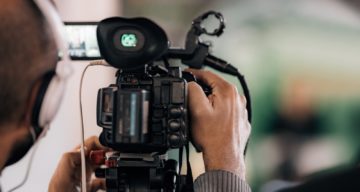 Amber Alexander is one of the top meteorologists in Iowa during her term at WHO-TV. However, the weather anchor decided to step back from the round-the-clock forecasts and coverage to focus on her mental health. The news of Amber Alexander leaving WHO-TV surprised her longtime followers, but they praised her for putting herself first. While some hope she will return to broadcasting in the near future, others want to know more about her background. So, we reveal more about the meteorologist outside the Channel 13 studio in this Amber Alexander wiki.

Amber Alexander was born Amber Michael on July 18, 1993, and hails from Council Bluffs, Iowa. She is one of three children born to Debby Hanslip Michael and Todd Michael.

She grew up alongside her younger sister, Megan, and younger brother, Alex. Their father, Todd’s job is based in Underwood.

Alexander and her siblings attended Abraham Lincoln High School in their hometown. While studying there, she played varsity tennis after trying out the sport for the first time. She also played volleyball and trained as a dancer.

From a young age, Alexander wanted to become a meteorologist. She also knew that the broadcast meteorology field has very few women but set about achieving her dreams nonetheless.

Alexander attended the University of Nebraska-Lincoln and graduated with a BS in Meteorology-Climatology. While there, she played club volleyball and interned at the Nebraska State Climate Office. After college, she was a meteorologist and reporter at KNOP in North Platte, Nebraska.

She returned to Iowa to join the First Alert Storm Team at WHO-TV in 2015. She also taught science and covered science and sustainability stories for the station as a science reporter.

Earlier this year, the committed weather anchor covered the tornadoes that struck Iowa in March and its aftermath without a break. Her professional reporting during the crises did not reveal that she was having hardships in her personal life.

Amber Alexander has been advocating for mental health awareness since 2019. She’s also opened up about experiencing chest pains and anxiety during the job.
After covering the tornadoes, Alexander reflected on her mental health. Consequently, she decided to step back from broadcasting.

Alexander announced that she would be leaving WHO-TV shortly before her 29th birthday. Her last day on the air was on July 20.

She has hinted at a new venture but hasn’t yet revealed details. She is currently active on social media and remains in Central Iowa.

Amber Alexander announced her engagement to Cory Martin in January 2018. They were married on June 15, 2019, in Des Moines.

University of Oklahoma grad Cory Martin is a meteorologist, too. He’s currently employed at the National Weather Service (NWS) in Des Moines.